It took an overtime for the Zephyrhills Bulldogs to move on to the Final Four in the class 5A FHSAA State Basketball Championship next Thursday by defeating Ponte Vedra in a thriller 76-68. The game was a tale of two halfs. The Ponte Vedra Sharks opened with a flurry and before the Bulldogs knew it they were down 21-8 at the end of the first period. It would get worse before it got better for the Dogs who trailed by as many as 17 mid-way through the second.

The Sharks opened the door just a crack and allowed Zephyrhills to rally back to within 7 by the halftime break. Coach Reed sprinkeled his majic dust in the locker room at halftime and the Bulldogs came out inspired in the second half. It was indeed “Who Let The Dogs Out” in the third when Zephyrhills went into a press forcing turnovers and topped the Sharks 16-10. Tied at the end of regulation at 59 the last 4 minuets would belong to Zephyrhills topping the Sharks 17-9 in the extrasession for the 76-68 win.

Thank you all for following CSSNOK this season. Photos and game photos and links remain on CSSNOK indefinitely so feel free to come back to buy or browse your favorite stories and photos from the 20-21 Season. 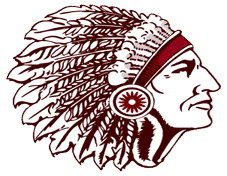 Congrats to the Lady Warriors on their District Title