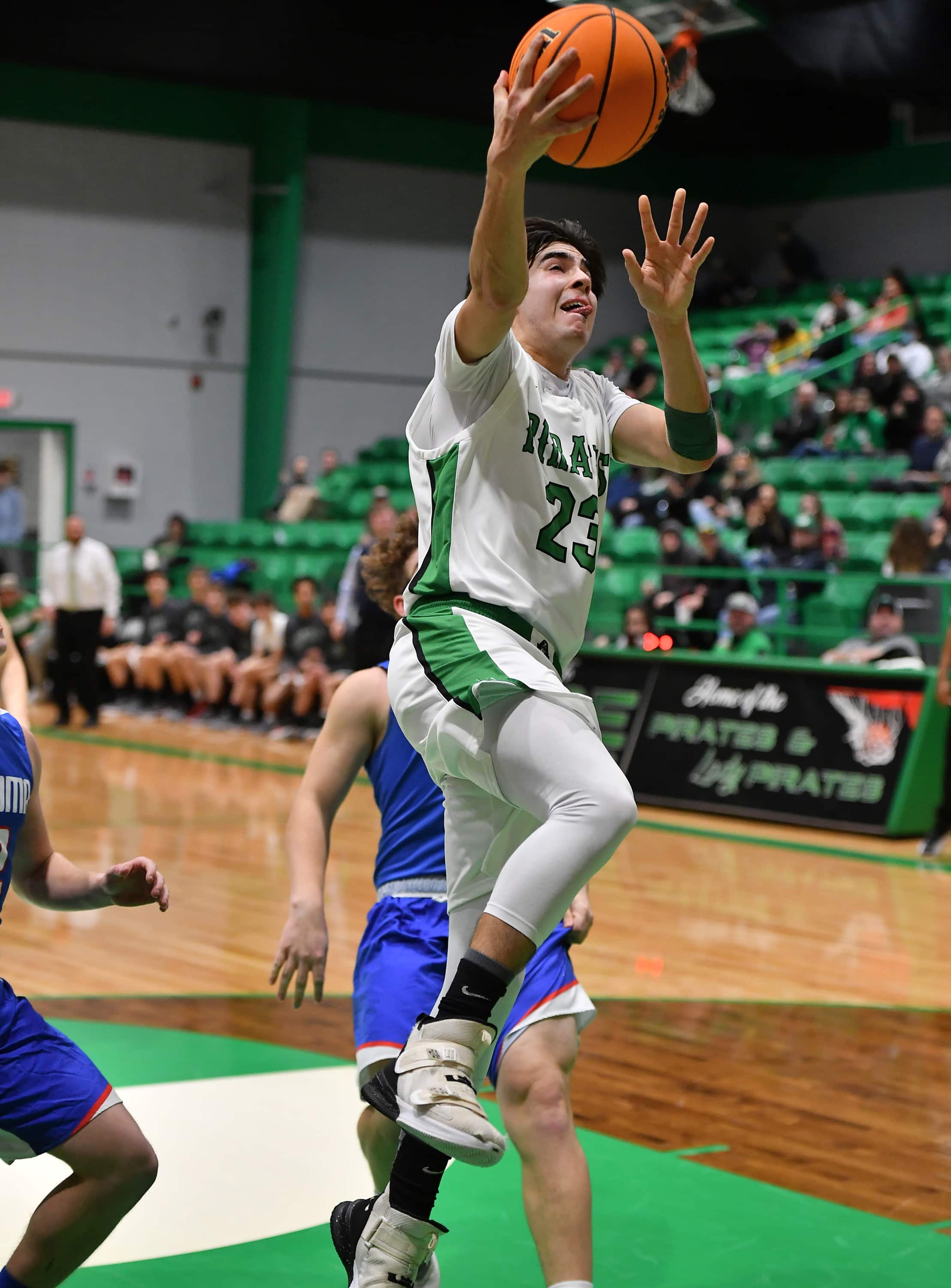 View/Purchase Game Photos
Sign-Up CSSN Subscription
GORE – A slow start almost was too much for the Pirates (4-9) Friday night, but a lightning fast finish saved the day for the 42-39 win.

After the opening eight minutes things were not looking good for the Pirates. Outrun and outscored quickly 12-2. Gore was able to get within one at the 4:20 mark of the second but feel back to a 6-point 26-20 deficit at halftime.

After the break, the Pirates defense tightened up a bit with a half-court press, and got within three after 3 periods, but it was not until 3:15 remaining in the fourth when Gore was able to tie it up at 36 and finally take lead about a minute later.

In the final 90 seconds the game was up for grabs with both teams scrapping for points. Arkoma (6-5) had it back to a one-point game with 1:00 remaining, 40-39. A clutch turnover late and Pirate bucket took the lead to 3 with just 38 ticks left. The Mustangs had a shot at a 3-pointer with 6 seconds left but the shot fell just a bit short and a Gore rebound sealed the deal with a 3-point Pirate win.

Keigan Reid was top man for Gore with 15 points. Noah Cooper and Ben Kirkpatrick were next with 20 and 10 points, respectively. E. Smith the only Mustang in double figures was on top of the scoreboard with 10 points followed by G. Williams with 8.

The Mustangs take on Class “B” McCurtain next Tuesday and Gore goes on the road to Keota that same night.