Wolverines Too Much for Eufaula in Season Opener 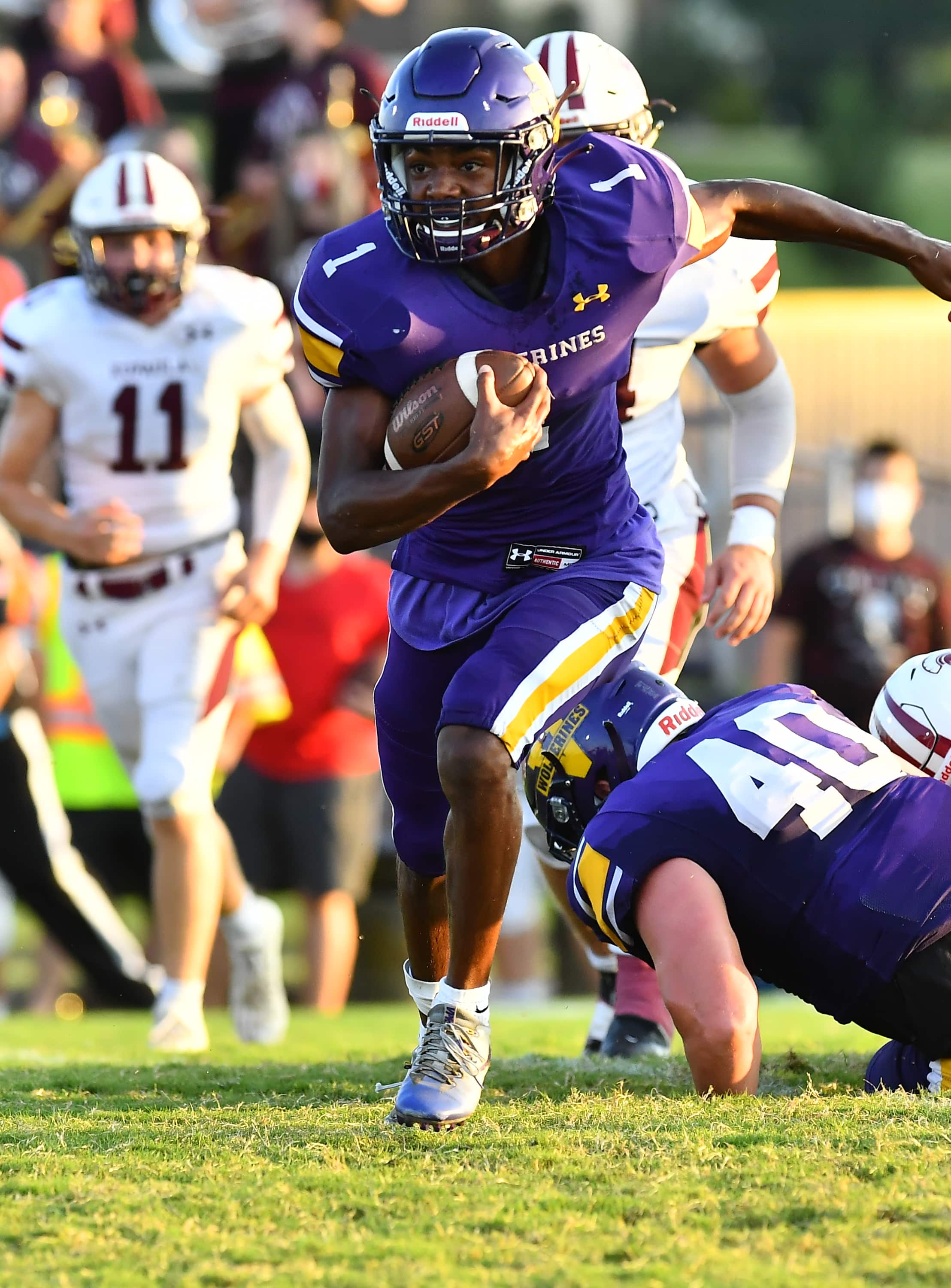 VIAN – The Eufaula Ironheads (0-1) ran into a loaded Vian Wolverines squad Friday and came up on the short end 42-12 in the 2020 season opener.
After unsuccessful drives by both teams to open the game Vian’s Javyn Wright displayed his speed and elusiveness to march the Wolverines (2-0) down to the Eufaula 20, before launching a 20-yard pass into the endzone to Joe Glass for the game’s opening score.
After stopping the Ironheads on their next drive, Joe Glass returned the Eufaula punt 40-yards before Wright found a lane to scamper the final 40-yards into the endzone for Vian’s second score and a 14-0 Wolverine lead.
Two plays into the next Eufaula drive Noah Alexander opened the scoring for the Ironheads with a 35-yard scamper into the endzone.
As the second quarter opened Alexander struck again with a 45-yar reception followed by an over-the-shoulder Chaleel Deer catch to bring the score within two at 14-12.
Before the half would end, Wright would score again with just over 5 minutes remaining on an eight-yard dash.
Six minutes into the second half Senior Julius Aquino added a score for the wolverines with a 5-yard run to bring the score to 26-12.
Wright added yet another score with 3 minutes remaining with a 42-yard run to take his game total over 250 yards.
After a Eufaula turnover on downs, Xavin Lackey added the final score for Vian with a 27-yard rush for a touchdown and the 42-12 final score. Vian put together over 400 yards rushing as a team for the game with 264 of that attributed to Wright
The Ironheads will face another tough opponent in Stigler next Friday, while the Wolverines will be off until the 25th of September when they take on Keys from Park Hill.