Wolverines Take Commanding Lead in 2A-5 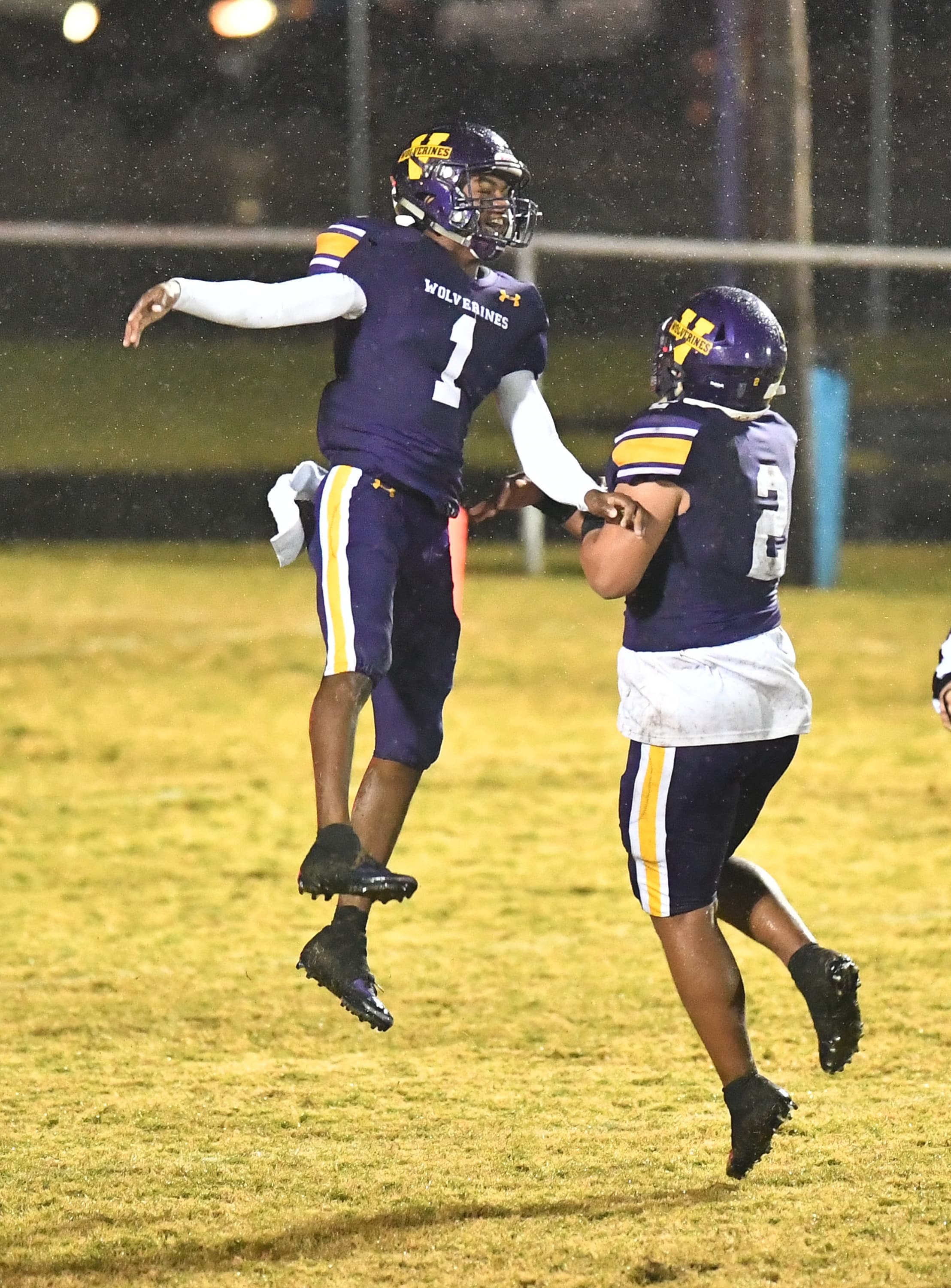 VIAN – Two thoroughbred football teams clashed on a yielding turf Friday night to fight for command of OSSAA 2A-5. It was the Vian Wolverines who came out on top in a big way 49-16 to all but lock up the district number one seed.

With several running backs out with injury Holland Hall was forced to the passing game with a wet ball and soft turf. Meanwhile, the Wolverines were right at home with their usual strong running attack.

The Dutch began each half receiving decisive blows from Vian that determined the complexion of the game.

After receiving the opening kick, Holland Hall’s first play from scrimmage resulted in a fumble. Two plays later, a Wolverines touchdown, a 21-yard run by Elijah Wright, put Vian in the lead less than a minute into the game.

The opening of the second half was again a disaster for Holland Hall when Wright returned the opening kickoff 98-yards for a 28-16 Wolverines lead.

Opening the second half with a slim 21-16 lead, the TD kick return by Wright, a 46-yard touchdown run by Xavin Lackey, a 20-yard rushing TD by Gray Cloud, along with three successful Elijah Mendoza PAT’s gave Vian an unsurmountable 42-16 lead after three quarters.

Javyn Wright added an 8-yard touchdown in the fourth to cap off the scoring and a 49-16 Vian victory.