Wolverines Squeak by Keys 37-36 in OT 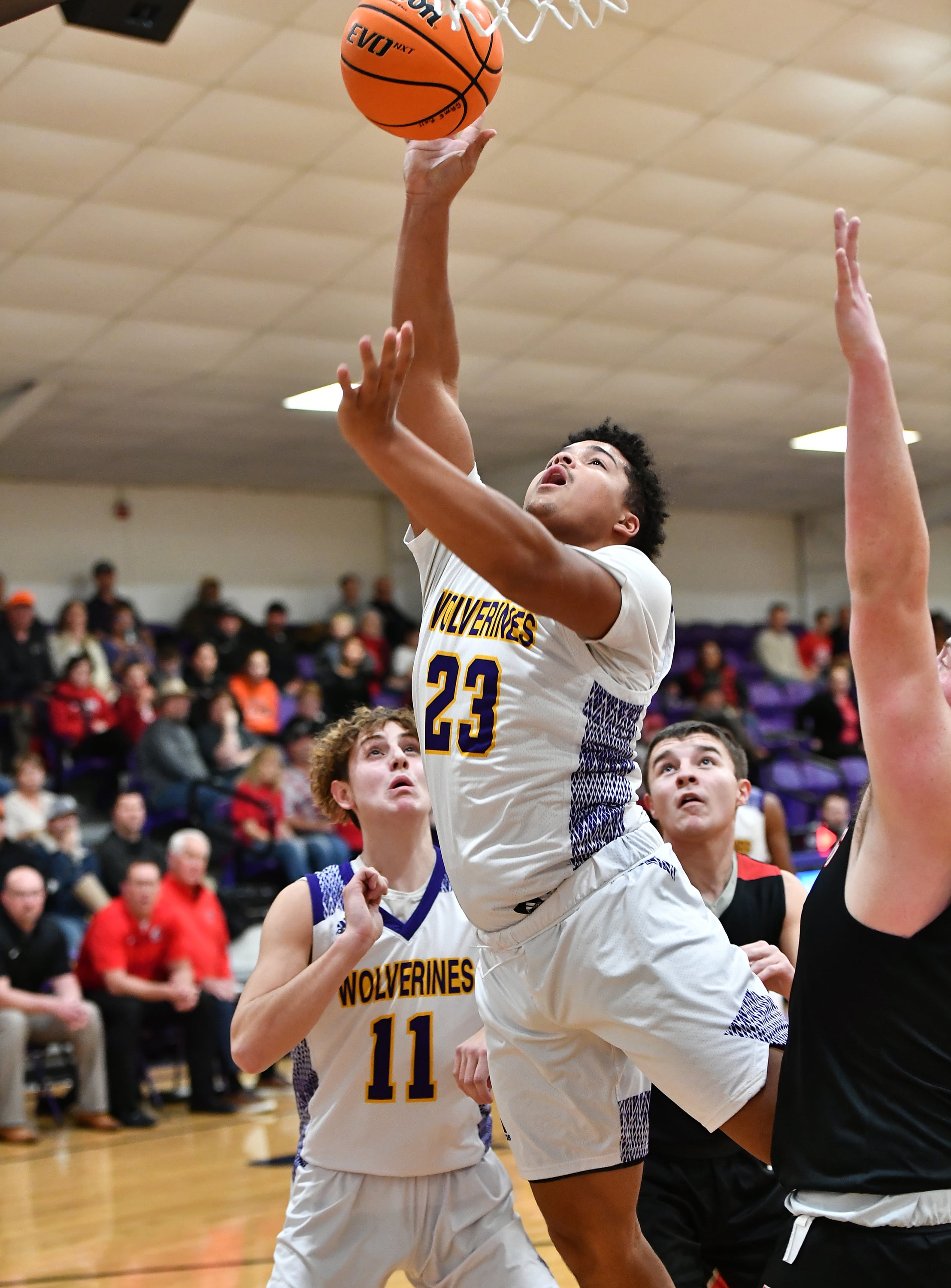 View/Purchase Game Photos
Sign-Up CSSN Subscription
VIAN – Both the Keys Cougars and the Vian Wolverines were at full speed, but not in full control, in a low scoring, turnover filled contest that took overtime to decide a winner. The score the entire game was within a few points and spirits were high in the packed house equally divided in Red and Purple.

It was the seventh time in fourteen games the Cougars (7-7) would have to go to extra time to decide a winner. Unfortunately, the outcome was not in their favor in six of the seven contests including Friday night.

After a first half that ended with a 1-point Keys advantage 22-21, neither team could get a rhythm after the break. Vian (7-2) managed 10 points in the third thanks partly to Joe Glass and Diego Ramos, both with treys while the cougars could only manage 8 from three separate shooters.

The final 8 minutes of regulation was predominantly a defensive effort by both squads, filled with missed shots, turnovers and un-forced errors. Both teams together could muster just 7 points in the final period combined. It was a 2-point buzzer beater by Logan Yanez of Keys that sent the game into an extra frame.

In the OT nobody could find the net until late in the period. The Cougars Scotty Wolf was fouled by Vian’s Xavin Lackey while shooting and awarded two attempts from the charity stripe to give Keys a lead with just 8 seconds remaining.

Wolf missed on both attempts and the score remained tied. After the inbound Lackey got his chance at redemption at the other end of the court when he was fouled with just one tick left. He missed on the first shot but drained the second to give the Wolverines a 1-point lead with just a second remaining, not enough time for Keys to get in position to come back

The Cougars will go at it again in the Checotah Crossroads Classic from the 23rd to the 25th and Vian will take on 3-8 Salina Saturday at 4:00 PM.