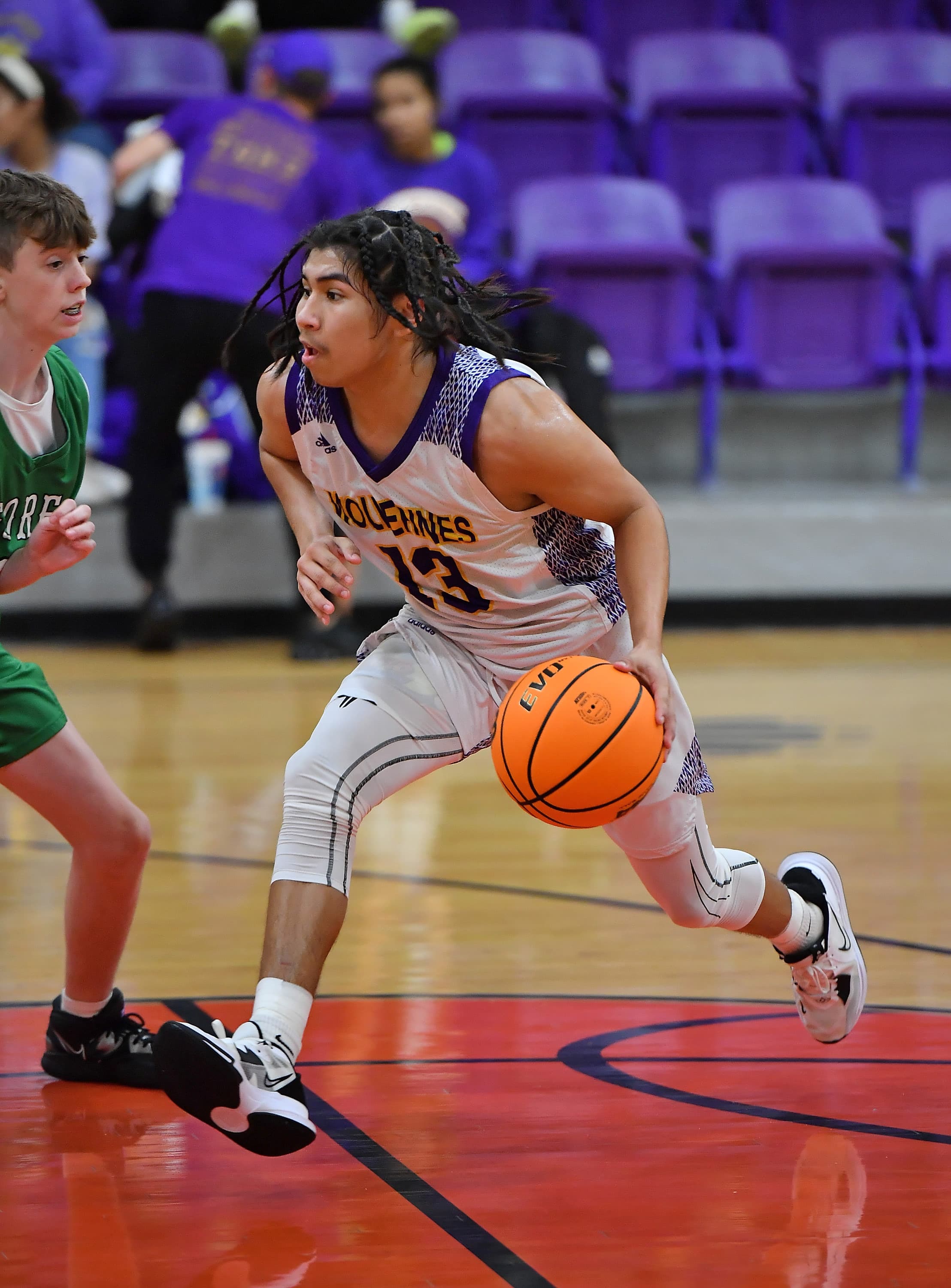 The Pirates were held scoreless until just over two minutes remained in the opening period when Yonsi Grass fouled Noah Cooper who hit a free throw to put Gore on the board trailing 10-1.

It didn’t get much better for the Bucs who ended up trailing 32-11 at the half.

There were no Pirates in double figures for the game. The highest point-getter for Gore on the night was Cooper with 7, followed by Cain Cooper who hit two from beyond the bonus line for 6 points late in the final period.

The Wolverines who took the lead a never looked back were led by Grass with 14 followed closely by Diego Ramos with 13 points.

Masyn Wright and DeSean Mays were also both in double figures with 11 points each.

Vian will move on to Muldrow in the winners bracket Thursday at 5:30 pm. and Gore will remain at Vian in the consolation bracket Wednesday at 5:30 pm.