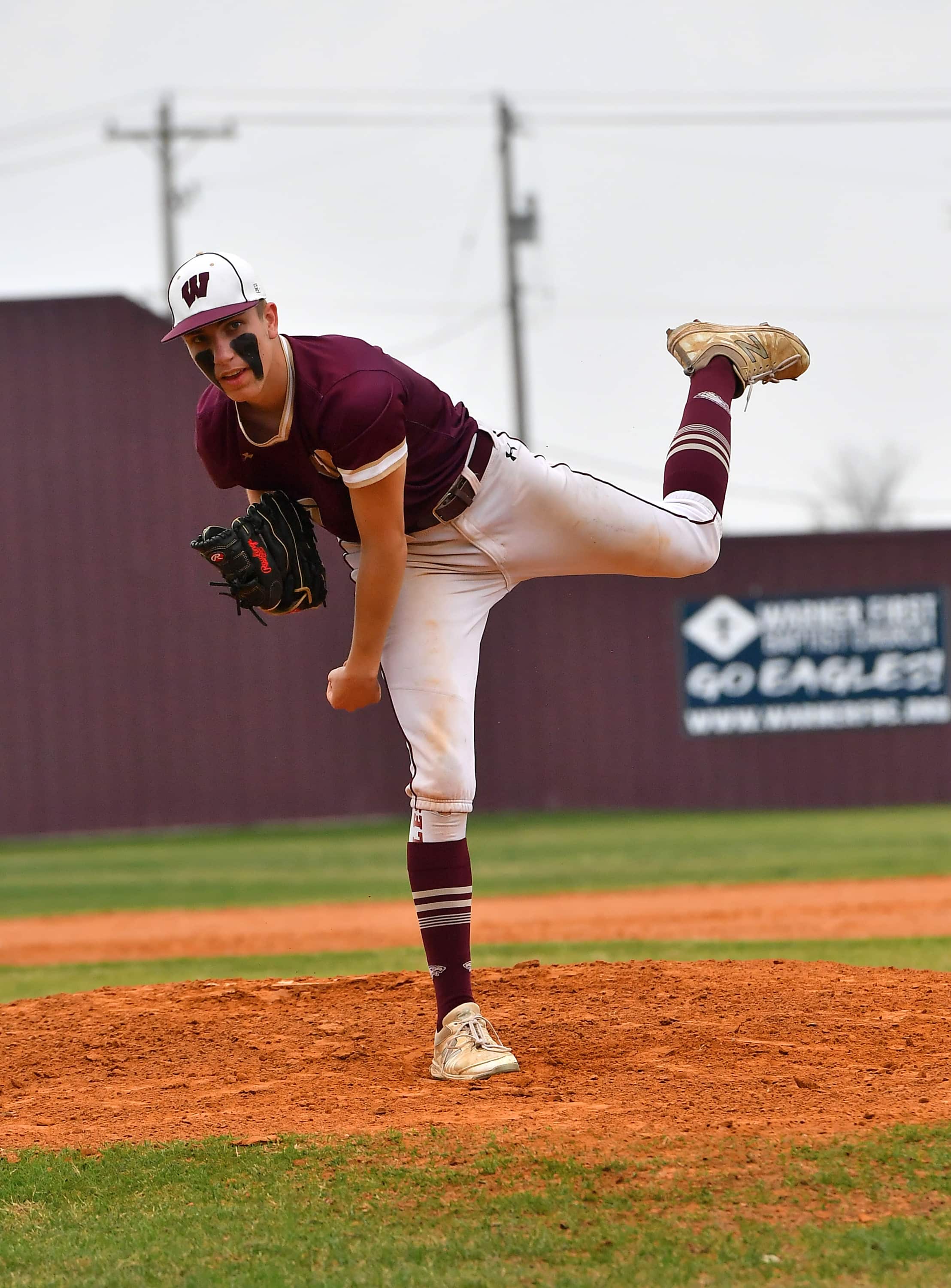 WARNER – The Vian Wolverines (10-11) who trailed from the onset Tuesday afternoon, mustered a rally in the late innings, but fell a bit short to the Warner Eagles (11-5) losing 7-5.

Eagles lefty Wyatt Hamilton kept Vian off the scoreboard through five innings allowing just one hit and walking two Wolverines while his teammates put up 7 runs over the same span.

A single by Colton Swimmer scored Swallow for a 3-0 Warner lead after one.

In the third inning a Koltin Lusk walk followed by singles from Cole Mayfield and Swimmer scored Lusk and the Eagles were up by four.

In the bottom of the fifth inning Warner would add to the lead after Jackson reached on an error by the second baseman James Thornton. Lusk later singled and a Mayfield walk loaded the bases.

Hayden Mcelyea came thru with a single that scored Jackson and the bases remained loaded with two outs.

Vian pitcher Connor Collins walked Beau Thomas to force in another run before another error by Briggs allowed Mayfield to cross the plate to give Warner a 7-0 advantage.

The Wolverines showed a spark in the sixth after walks by Brandon Redburn and Thornton and a single by Destry Bethel put Vian on the scoreboard.

The Wolverines big push came in the seventh. With two outs and runners on first and second Warner’s coach Kory Bible pulled starter Hamilton after 99 pitches for the right hander Swallow.

Redburn walked, Thornton was hit by a pitch, Diego Ramos walked scoring Lynden Manning and it was 7-3 Warner.

Bethel singled followed by a Xavin Lackey single and the rally was on with the score now 7-5, but that’s as far as the Wolverines would get when a Briggs fly out would end the game.

Warner will head to the Preston Tournament Thursday and the Wolverines will take the field in the Sallisaw Central Tournament that same day.