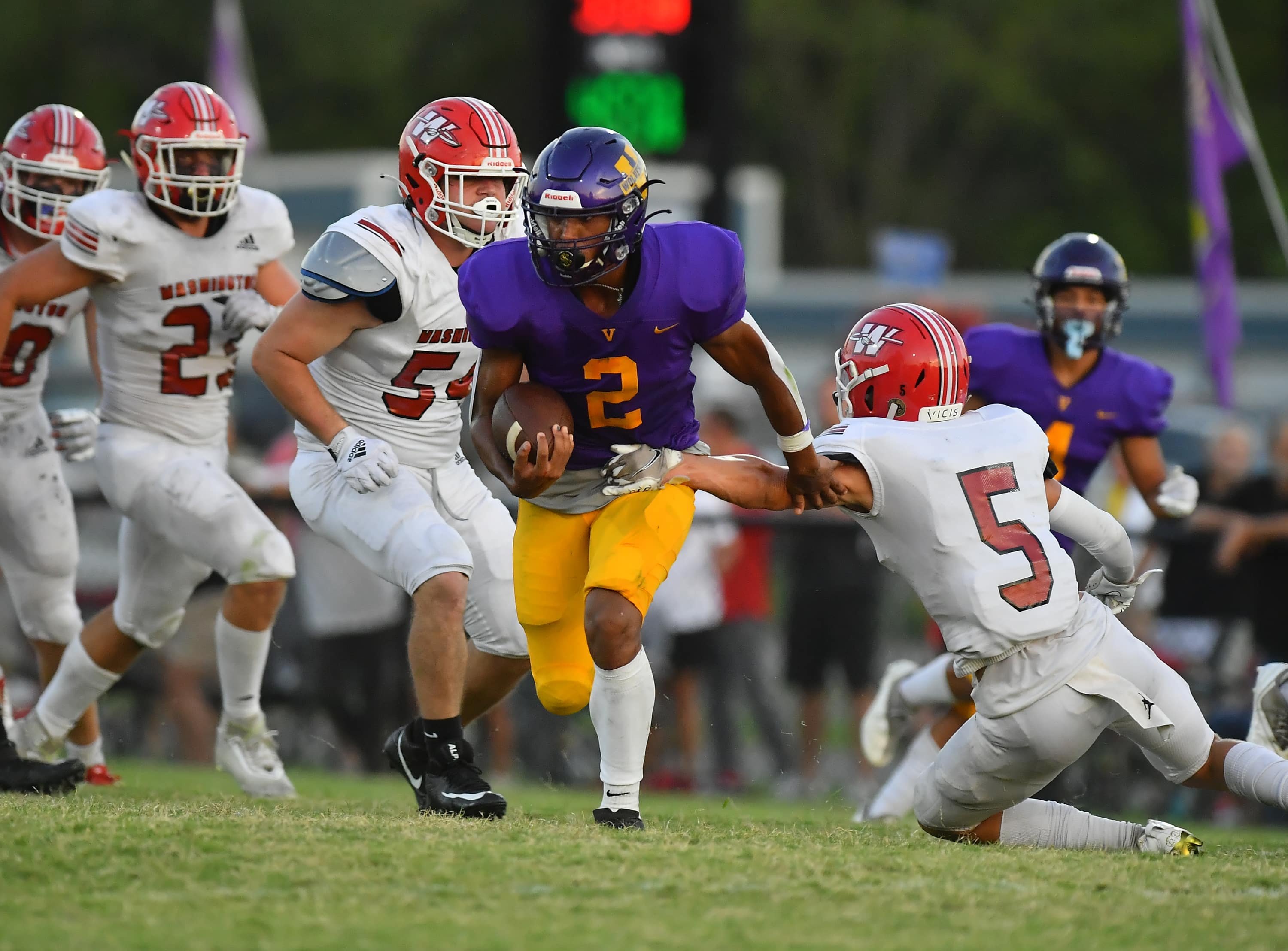 VIAN – When the Vian Wolverines went looking for a week 0 match-up they wanted a test that would fire up their season. They got that test Friday night when they took on the #2 ranked Washington Warriors.

The opening kick off set the tone when the Wolverines fumbled the kick and gave Washington the ball on their own 18 yard line, but a stiff Vian Defense kept the game scoreless with a turnover on downs on the 12-yardline.

Halfway through the opening quarter a Major Cantrell found a wide open receiver over the middle for a Warrior touchdown and a 6-0 lead.

Just three minutes later, Cantrell added to the Warrior lead with a 25-yard scamper into the end zone for a 12-0 Washington lead after 2-point conversion failed.

Two minutes into the second period Cole Scott rushed for a 15-yard score and along with a Mayson Thomas extra point conversion the Warriors led 19-0 with 6 minutes remaining in the half.

Washington would strike once more with a minute left on a 1-yard plunge and a Thomas PAT to end the half at 26-0 Washington.

A Cantrell to Nate Roberts 10-yard TD strike opened the second half to take the lead to 33-0 but the Wolverines finally got on the scoreboard on a 4-yard rushing score by Gage Carlton, but failed to convert the 2-point PAT.

On the ensuing kickoff the Warriors responded with an 80-yard kick return with seven minutes remaining in the third quarter to take the score to 39-6.

Still in the third quarter, a Diego Ramos bomb put Vian on the 2 setting up Desean Mays for the rushing score closing the gap a bit to 39-12.

Ramos would take it in himself from 6 yards out for another score for Vian and again the 2-point try failed to make it 39-18 Warriors.

On a Ramos to Mays sideline pass, Mays broke down the right side for a 60-yard scamper for yet another Wolverines score to make it 39-24, but that’s where the scoring would end and Vian’s comeback fell short.

The Wolverines hit the road next week to Eufaula to take on the Ironheads while Washington holds their home opener against 3A Sulpher.