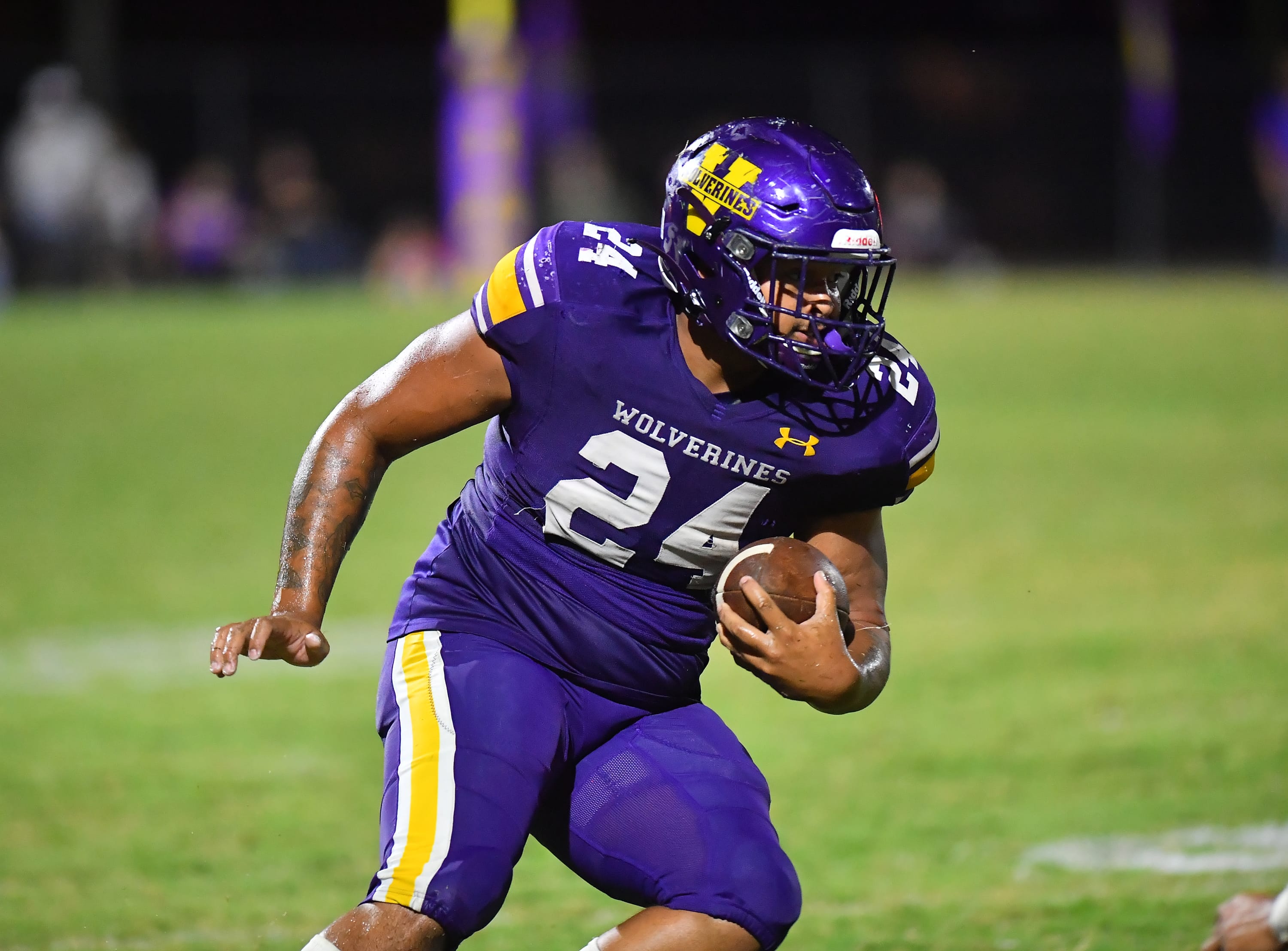 View/Purchase Game Photos
Sign-Up CSSN Subscription
VIAN – With a dominant performance on a wet foggy homecoming night, the Vian Wolverines (6-1) shut out the Pocola Indians 37-0. The scoring was capped off with a 45-yard field goal by Noah Mendoza with just over 5 minutes remaining in the game.

On Vian’s second possession just over 4 minutes into the game Diego Ramos and Dakota Briggs opened the scoring when Ramos hit Briggs with a scoring strike in the end zone.

Xavin Lackey added to the Wolverines score on a 15-yard scoring reception from Ramos just three minutes later. He would add another score rushing with a 5-yard scamper with 2:08 still remaining in the opening quarter.

The opening of the second half began with a three-and-out possession by the Indians. Vian tried to take advantage, but their drive ended with a fumble on the 8-yard line.

After a Pocola turnover the Wolverines began a drive with a 35-yard completion from Ramos to Briggs and ended on a touchdown run by Lackey from the 8-yard line to take the score to 27-0 after a missed extra point attempt.

Following an interception by Briggs on the Indians 20 yard line, Lackey struck again for his fourth touchdown on the night to take the score to 34-0 at the end of the third quarter.

The only score in the final period came on the Mendoza 45-yarder to cap the scoring at 37-0 for the Wolverines.

Vian will take to the field next Friday night when they visit Panama (2-5), and the Indians (4-3) return home for a match with Cascia Hall who are also 4-3 after their 49-7 win over Panama this week.