Wildcats Too Much – Too Fast for Sallisaw 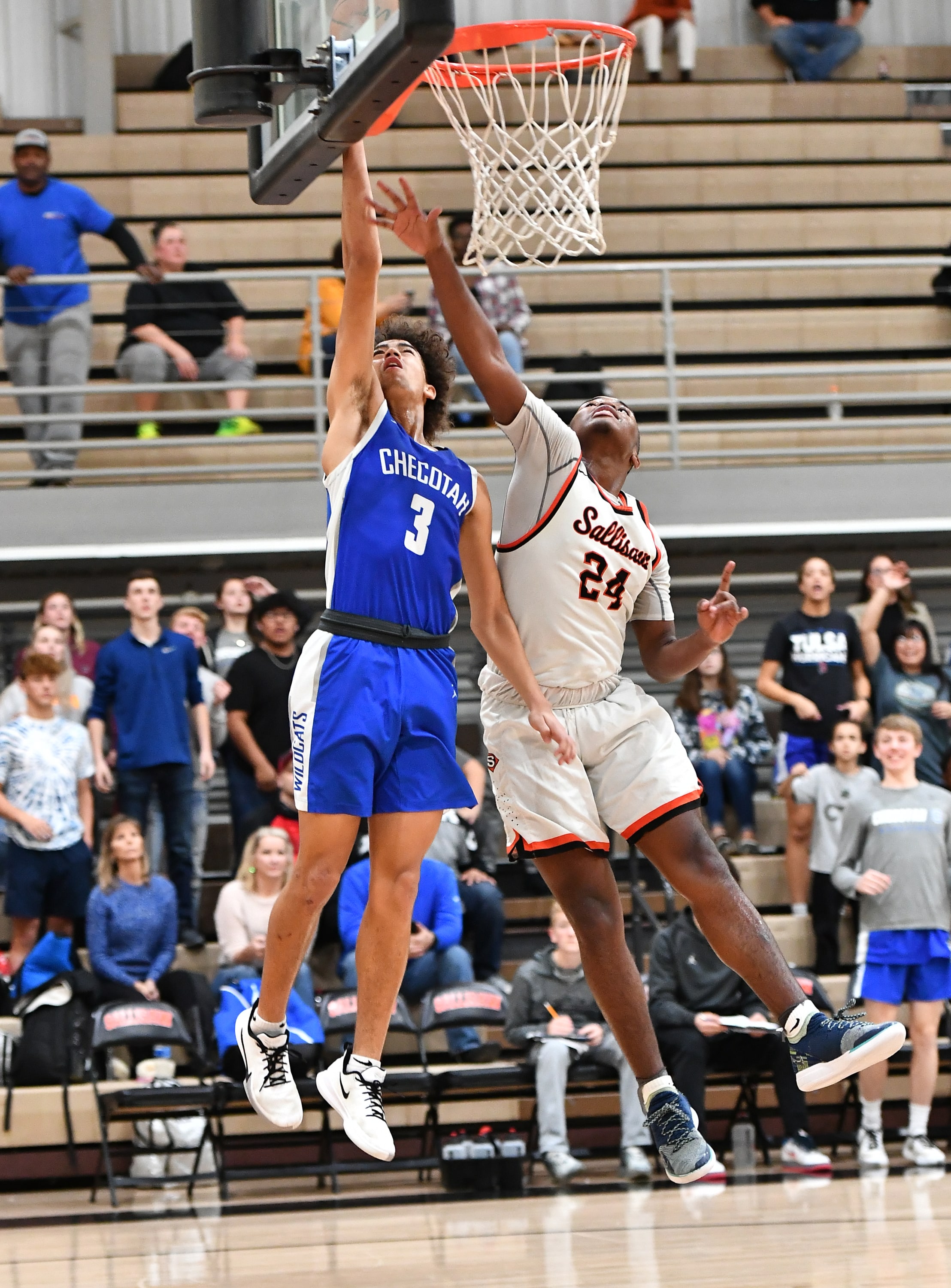 View/Purchase Game Photos
Sign-Up CSSN Subscription
SALLISAW – After a close first quarter that saw the Wildcats with a slim 13-12 lead after 8 minutes, Checotah opened up in the second to lead 30-23 at the half.

Lynden McDonald kept the Black Diamonds (5-5) in it in the first, scoring 10 of Sallisaw’s 12 opening period points. McDonald added 2 in the final period for a 12 point game total and was the only Black Diamond in Double figures.

The Wildcats had three players in doubles. Brendon Dan with 15, Caleb Wilmoth and Caden Martin each with 13 points.

It was Dan who helped Checotah pull away in the final period, sinking four buckets from the field. Dan also went 5-for-8 from the charity contributing to his 15-point game total.