Wildcats Take Late Lead to get by Rangers 45-42. 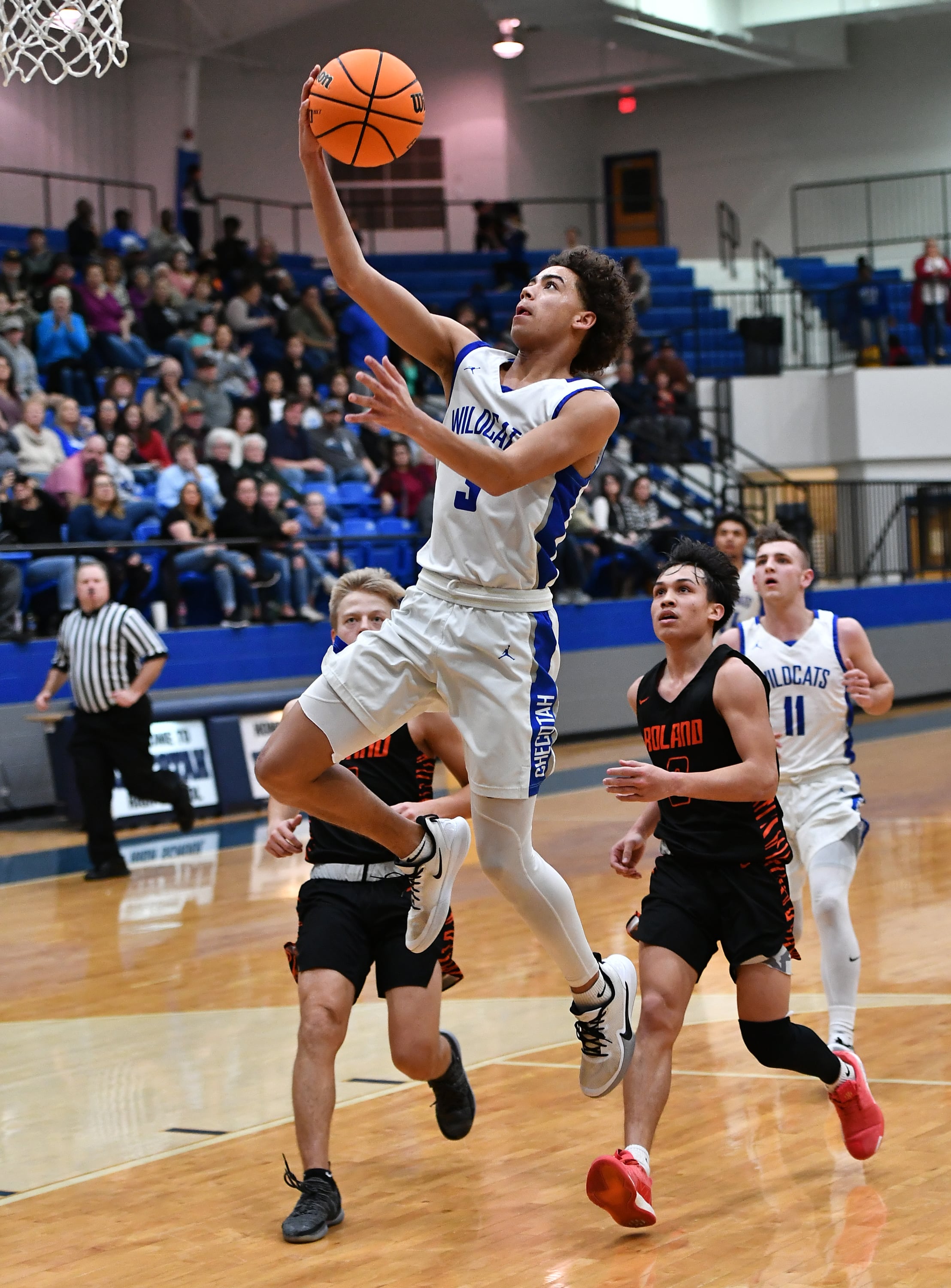 View/Purchase Game Photos
Sign-Up CSSN Subscription
CHECOTAH – The ninth ranked Checotah Wildcats (14-4) stalked the Roland Rangers all night until finally getting a late lead and held on for a 45-42 hard fought win.

The first half started slowly for the Wildcats managing just 16 points in the entire first half, while the Rangers (15-3) bettered that mark scoring 21 for a 5-point halftime lead.

The excitement came after the break when Checotah played even with the 5th ranked 3A Rangers in the third to remain within 7 points.

The final 8 minutes belonged to the Wildcats, particularly to Brendon Dan, who scored 9 of his team leading 14 points in the final period, including the go-ahead bucket from the left corner with just 21 seconds remaining in the contest.

Full-court pressure for the Wildcats managed to keep the Rangers off the board and a late foul added two for Checotah to hold on for the 45-42 win.

Caden Martin was also in double figures with 10 points and Jacob Barrett, Checotah’s football standout managed 8, six of which came in the final to aid the Wildcats to the victory. Marcus Murry was high man for the Rangers with 20 points and was the only Roland player in doubles.

Checotah will be back in action on Monday when they host their 13th ranked rival Eufaula (12-4) while Roland returns home to face Poteau (5-12) that same night.