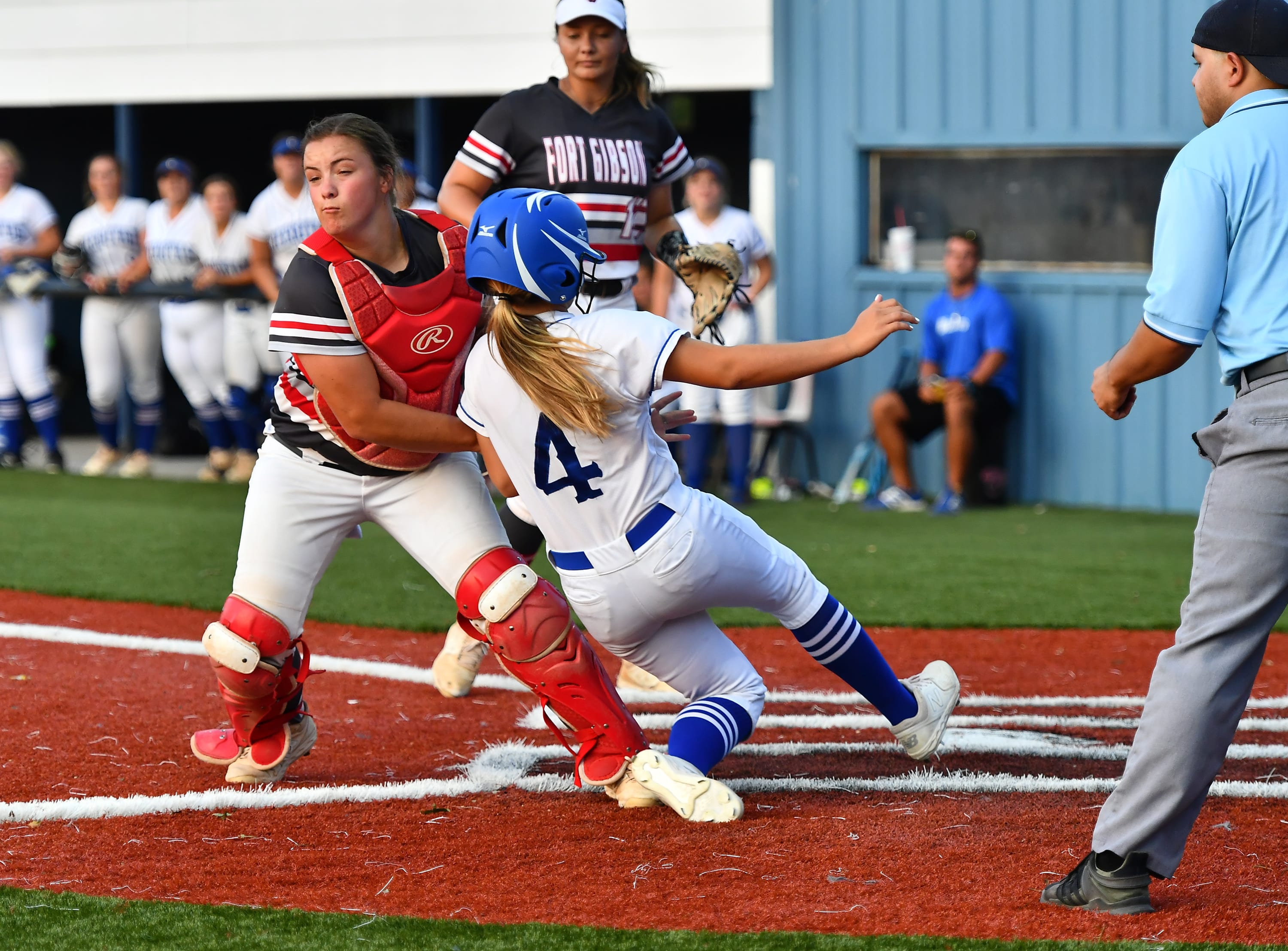 Although it was senior night, it was a Freshman, Maci Britt that broke the game open in the fifth inning with a single to left that scored Alexis Hamilton and Vanessa Henson to break a 2-2 tie and put the Wildcats in the lead for good.

In their first meeting Fort Gibson pitcher Nia Polzin had a hard time finding the strike zone. Not so Tuesday night. Polzin threw probably her best outing to date this season striking out 5 and scattering 11 hits over the 7 innings and allowed just one free pass in the opening five frames.

Abbye Porterfield’s single to center in the first gave Fort Gibson the early lead, but Checotah’s Briana Fields double to right scored Amanda Brown to tie it for Checotah in the second.

Henson’s two-out double to right in the third made it 2-1 Checotah, but Jolee Taylor’s single to right scored two in the fourth for Fort Gibson to retake the lead at 3-2.

The Wildcats 5th was the difference in the contest. With 2 outs and looking like the Tigers would get out of the inning, Hamilton, Henson and Kaitlyn Searles all singled setting up Britt for the big double that hit the right field chalk, scoring two and putting Checotah on top for good.

The Wildcats will face 6A Edmond Memorial in the Bixby Tournament Friday and the Tigers will travel to the Dale-Tecumseh Tournament and open against Byng Thursday afternoon..