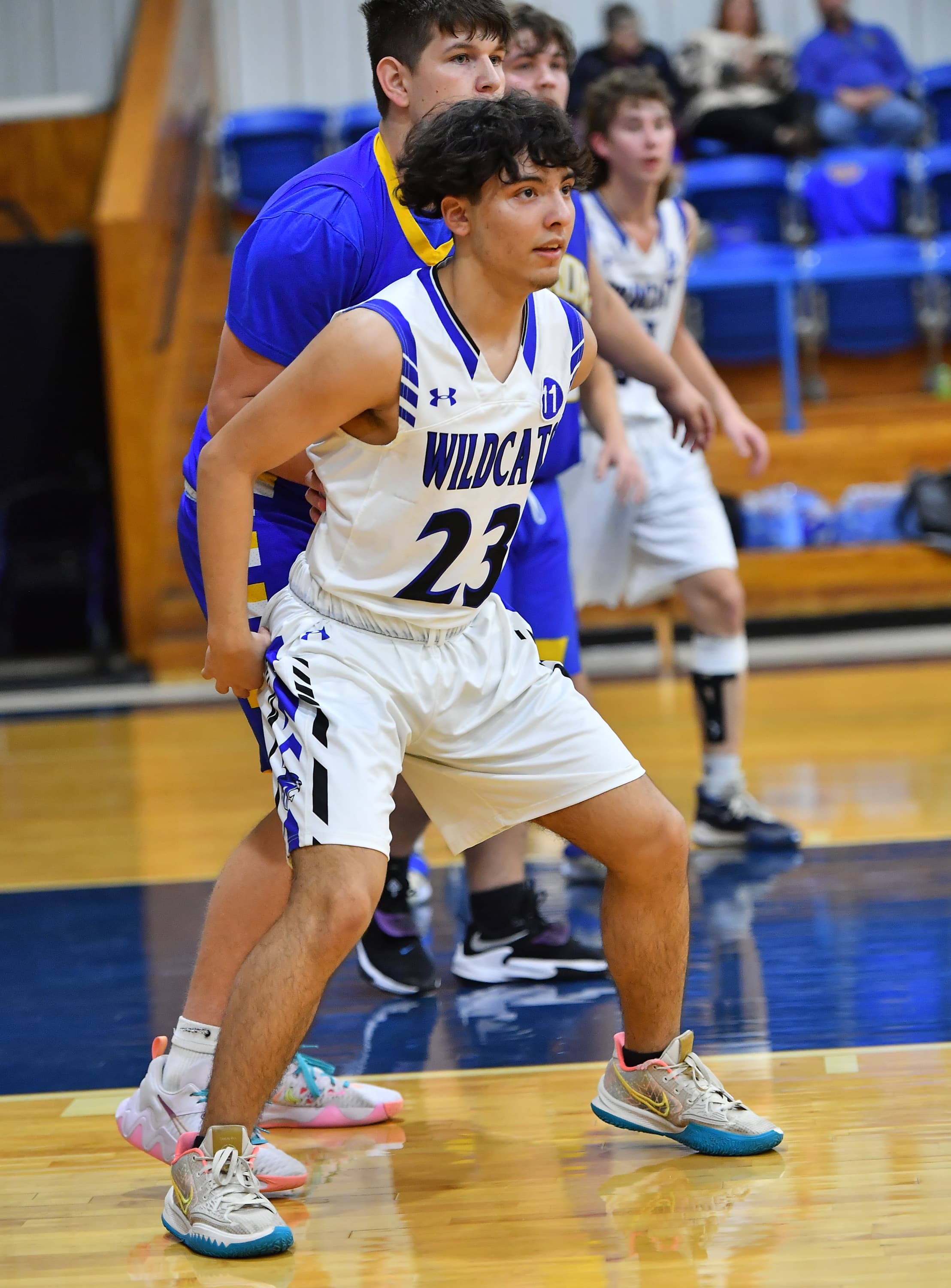 BRAGGS – The opening of the contest between the Braggs Wildcats and the Haileyville Warriors (1-10) appeared to be a close contest separated by just 1-point Thursday night however, after the second period there was no doubt.

Little scoring in the opening eight minutes left the Wildcats with just a 10-point lead 10-9. After an “encouraging word” from coach Jeff Fry Braggs (7-4) lit up the scoreboard with 23 points in the second and went on to a 56-33 victory over Haileyville

Tayten Chapa was top scorer for the Wildcats with 18 points thru three periods. Chapa hit four times for 3-pointers.

Jaylen Melton, who scored 15 on the night, was good for 7-points in the second period. Pablo Posse was the only other starter in double figures with 12 points.

After being down 33-11 at the break, Haileyville closed the gap somewhat in the second half. With the starters pulled and Braggs stalling for time, the Warriors managed 18 points in the final period verses just 2 for the Wildcats.

Delton Cloud had 16 for Haileyville, 12 coming in the final eight minutes including 3-3’s. Brian Hauck was the next closest Warrior with 8-points for the game.

Haileyville will be back in action Friday when they return home to take on Bokoshe (0-12) , and the Wildcats will be home for the Holidays with their next contest being after the New Year against Webbers Falls (2-3).