Wildcats Remain Undefeated in 3A-3 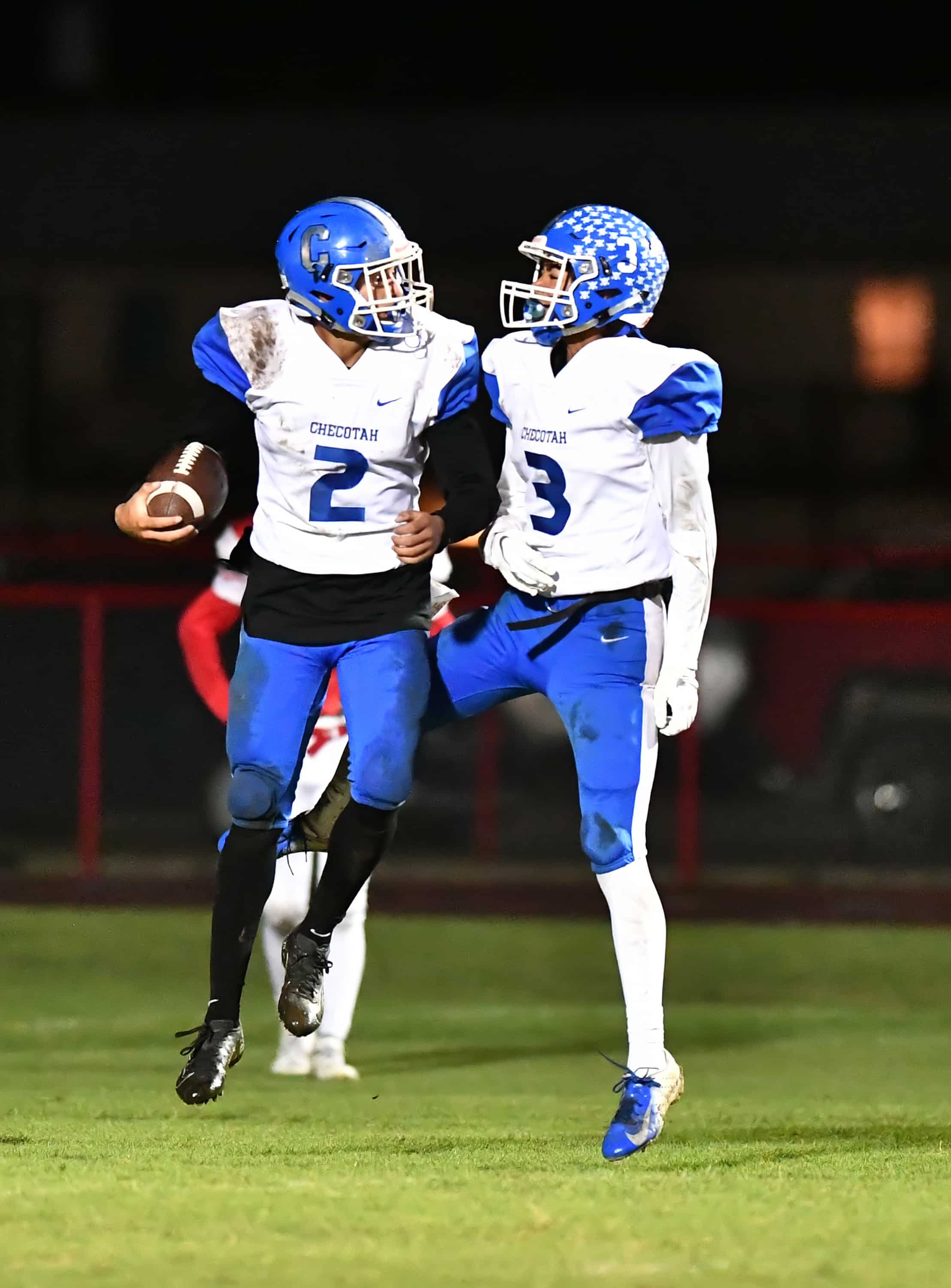 STIGLER – Jacob Barrett accounted for 272 yards of offense and five total touchdowns as Checotah outlasted No. 8 Stigler, 49-47, to spoil the Panthers homecoming Friday night at Panther Stadium.
Checotah (5-1 and 3-0 in District 3A-3) went up by two scores late in the first quarter on a 65-yard run by Dontairre Fisher. From that point on, Stigler (4-2, 1-2) was forced to play catch up and Checotah answered every punch the Panthers threw at them.
Checotah responded in a variety of ways. Barrett returned a kickoff 85 yards after Mason Peery’s second touchdown run cut the lead to 16-13.
Grayson Gilmore’s 16-yard run made it 22-20, but again Barrett came up with a big play. Barrett started to run then stopped and threw to Brenden Dan who went 66 yards to set up a 2-yard run by Barrett to give Checotah a 29-20 halftime lead.
The third quarter was dominated by Stigler. Checotah only ran three offensive plays and one was a fumble inside their own 10. But the Wildcats scored on a 65-yard kickoff return by Dan and an 89-yard run by Barrett that brought the score to 43-32 going into the final period.
While the offense was scoring at will, it was a big play by the defense that protected Checotah’s lead. The Wildcats fumbled inside their own 10 giving Stigler first and goal at the 6. A holding penalty backed the Panthers up to the 19. They were unable to move further and despite converting on three fourth down attempts, this time is was Fisher who got to Peery for a loss.
But Stigler wasn’t done. After stopping Checotah on fourth down at the Panther 36, Stigler went the length of the field in just 48 seconds to cut the lead to 43-40 on a 10-yard pass from Peery to Jaxon Calhoun with 5:02 remaining.
The Panthers had used all three timeouts in the third quarter and Checotah was looking to run the clock. On third and long, Barrett found Trenton Dan for 38 yards to the Stigler 23. Three plays later, Barrett scored to make it 49-40.
Stigler took over with two minutes remaining and moved down field with the aid of a couple of pass interference penalties. Peery found Jackson Winkle open for an 11-yard scoring pass that cut the lead to 49-47. But the Panthers onside attempt was unsuccessful, and Checotah was able to run out the clock.