Wildcats Move on With Win Over Inola 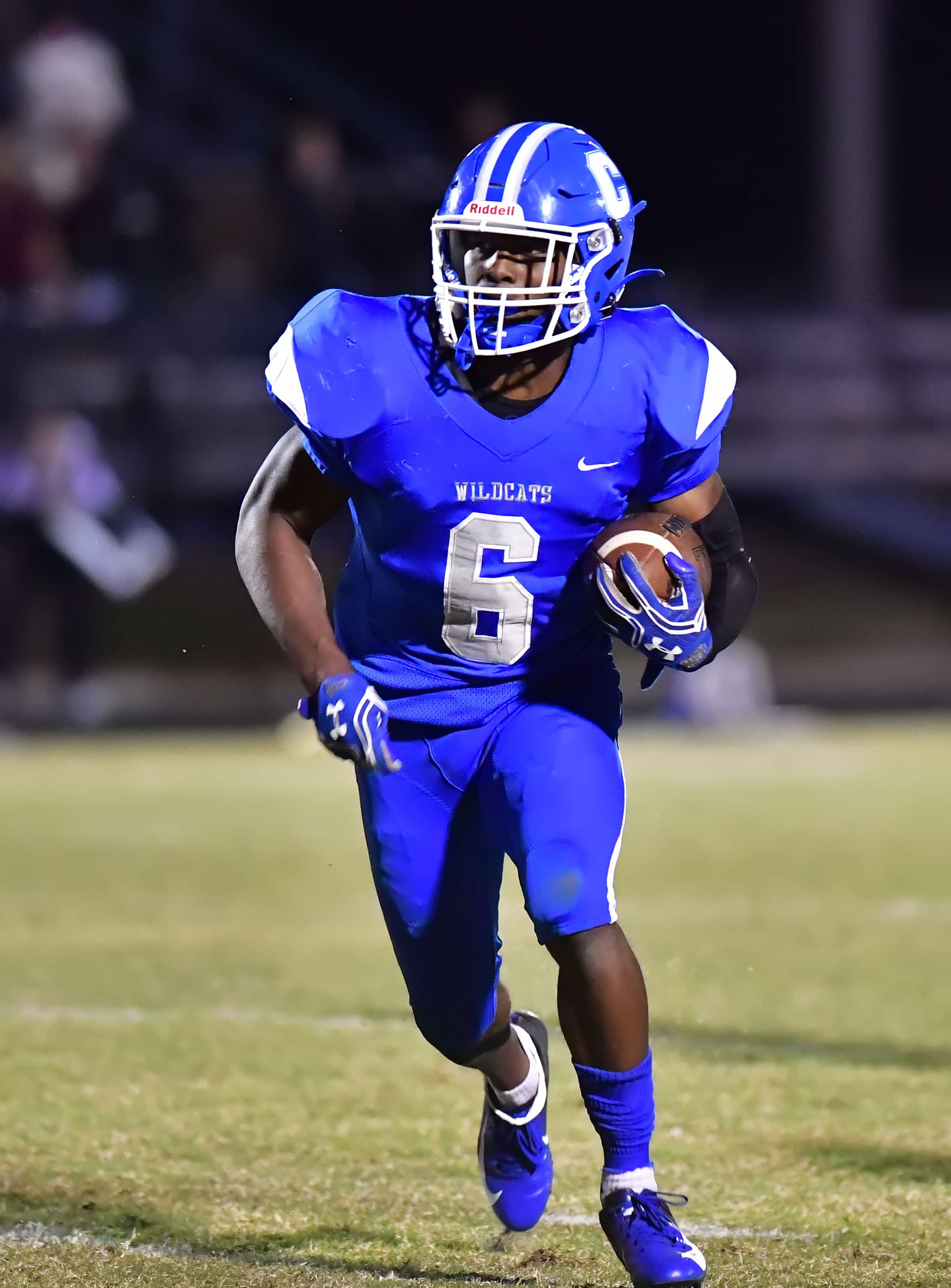 View/Purchase Game Photos
Sign-Up CSSN Subscription
CHECOTAH – The Checotah Wildcats had little trouble dispensing the Inola Longhorns Friday night to move on to the second round of the OSSAA Class 3A Playoffs.

The Wildcats totaled 480 yards of offense, most of which was via the rush. Dontierre Fisher stole the show for Checotah with 263 rushing yards and five touchdowns on the night in a penalty-filled game that saw a total of 31 flags thrown for the contest.

After winning the toss the Wildcats deferred but got the ball back quickly on an interception on the Longhorns second play. That drive ended just two plays later with a 65-yard scoring run by Fisher for his first of five on the night just two minutes into the game.

The next Iona drive ended with a Wildcats pick-six by Trenton Dan for a 14-0 Checotah score.

After a three-and-out Longhorn possession quarterback Jake Vernon added to the Checotah lead with a 12-yard scramble into the Iona end zone for a 21-0 advantage.

The Horns hit the scoreboard in the second quarter via a Landen Prows toss into the end zone to close the score to 21-7.

With 2:12 remaining in the half Fisher scored his third of the night. Fisher easily surpassed the 100-yard mark in the first half with 171 in just two periods.

The second half started with a mishandled kick resulting in a turnover to start the half, but after a quick three-and-out Inola possession it was Fisher again, this time with an 85-yard rush down the right sideline for a 35 -7 Checotah lead.

Inola would add a 27-yard field goal in the third to get to 10 points but were then shut out until late in the game when the would reach the end zone to cap the scoring for the night at 47-17 in favor of the Wildcats.

Checotah will go on to play next week at District winner Holland Hall and the Longhorns 2020 season will come to an end with the loss.