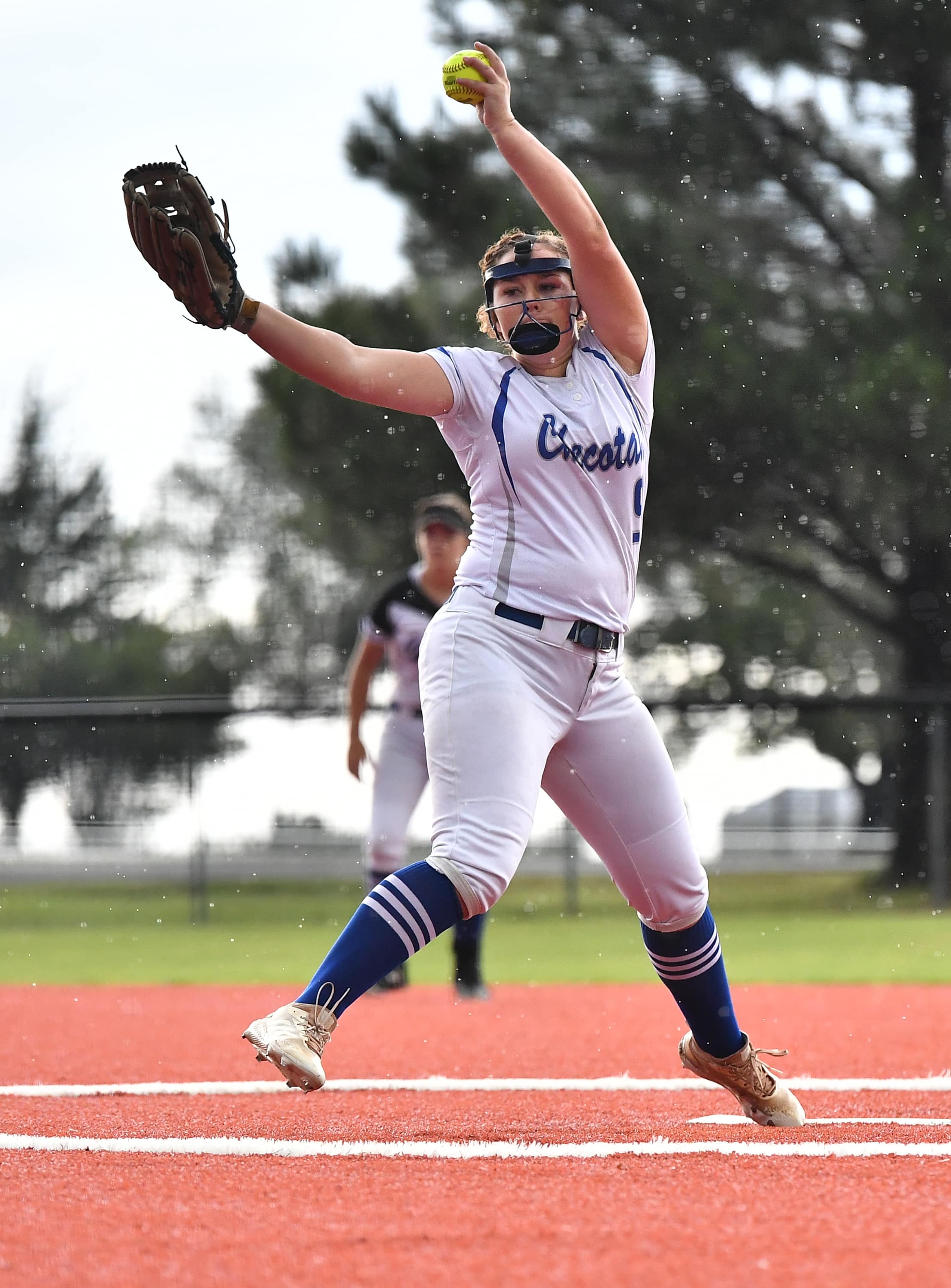 CHECOTAH – The Checotah Lady Wildcats (11-10, 4-6) played their final district game at home Tuesday and topped the Ft Gibson Tigers 8-3 to keep their playoff hopes alive in OSSAA class 4A.

The Tigers (15-6, 6-3), who are locked into a regional spot, opened the scoring in the top of the first inning when Hannah Thouvenel crossed the plate.

Checotah answered with a run in the bottom of the inning when Sebetha Sands scored on a wild pitch by Courtney Hill. Both teams were fighting a wet ball after the days rain and steady drizzle at game time.

About the wet ball, Coach Joe Obregon of the Tigers noted “Yea it could have had an effect, but that’s an excuse and we don’t play with excuses. They played with the same wet ball we had.” Obregon went on to say “I always tell my girls you can have excuses and you can have results, but you can’t have both”

The two opening scorers were also the big bats for both teams. Sands was 3-for-4 for the Wildcats as was Thouvenel for the Tigers.

Baleigh James, Abbye Porterfield and Thouvenel all had doubles for Fort Gibson, with Thouvenel, Nia Polzin, Angel Lyons and James all with multiple hits.

Sands and Cierra Moore were the multiple hitters for the Wildcats, but the big blow came in the bottom of the sixth inning when Brianna Fields doubled in two runs with another scoring on a throwing error putting the game out of reach for Fort Gibson.