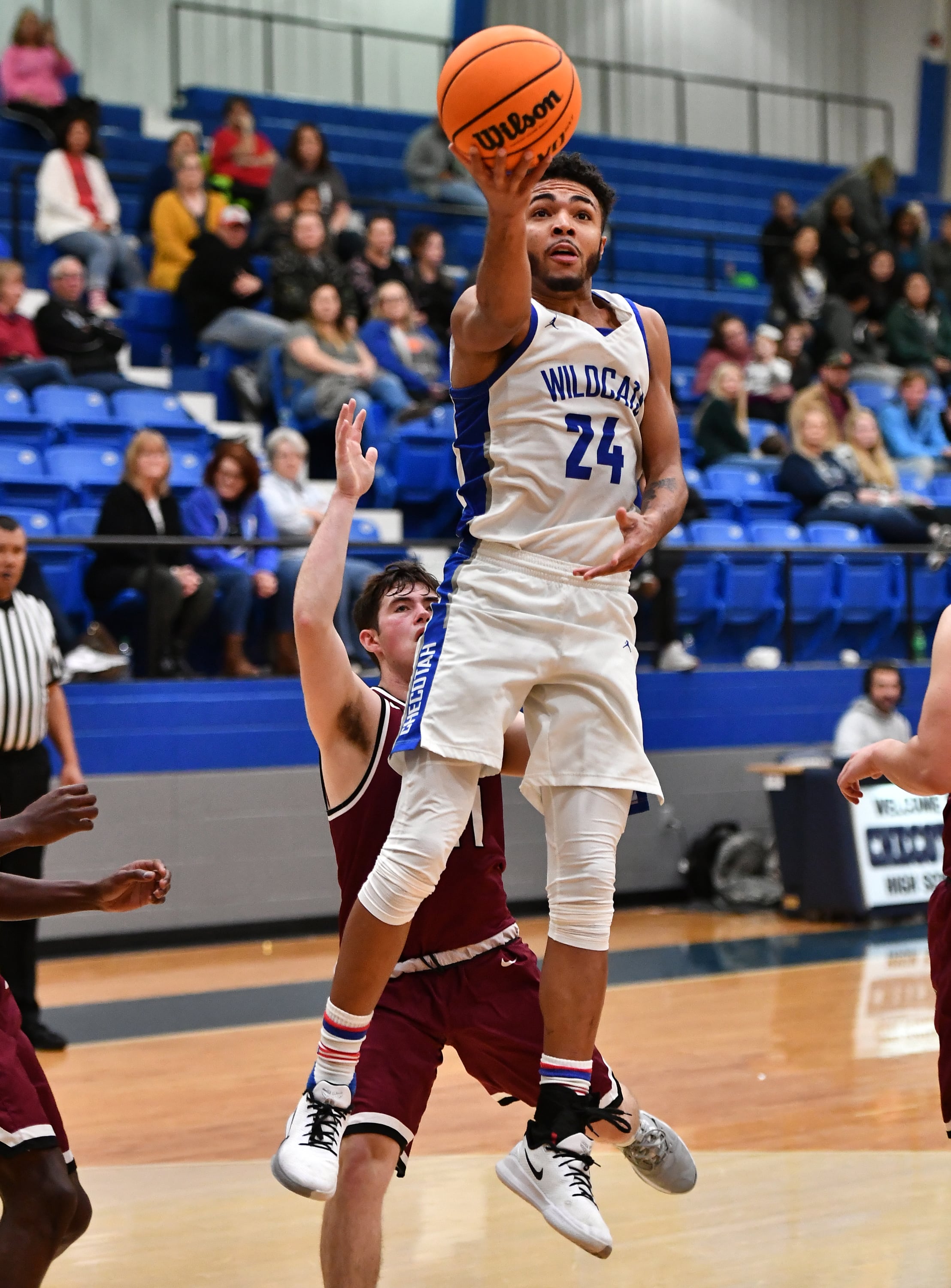 View/Purchase Game Photos
Sign-Up CSSN Subscription
CHECOTAH – What started out as a one-sided contest turned into a barn-burner Thursday night in Checotah as the Muldrow Bulldogs (4-2) caught up to the Wildcats (4-2) and forced a double overtime that resulted in Checotah’s second defeat.

The first period belonged to Checotah who opened up a 16-9 advantage. That margin held to halftime when the Wildcats took a 9 point lead to the locker room 34-25.

Four Wildcats scored from beyond the bonus line in the half. Daylen Warrior led the way with three 3-pointers, Caleb Wilmoth hit twice, and Brendon Dan and Caden Moutin each had one.

Jacob Clayborn kept the Bulldogs afloat in the opening half with 9 of the 16 Bulldogs points, including a three-pointer in the second period.

The third period was more of the same, but this time the Bulldogs stayed even with Checotah and pulled one point closer before the final period.

As the final period began, the hot hand of the Wildcats cooled off and the ball could not find the net. Muldrow picked up the pace offensively and defensively to outscore Checotah 23-15 in the fourth to tie the game at 62 and force an overtime. Moutin was the man for the Wildcats in the fourth, netting three 3’s and scoring 11 of the Wildcats 15 points to keep Checotah in the game.

At the end of the first 4-minute extra session, Brendon Dan had a chance to put Checotah on top by 3 with 12 ticks remaining but missed the second of two free-throws to keep the lead at two. Muldrow’s Kainon Martinez tied the game with a 2-pointer and forced the second OT.
In the final OT, the Wildcats were forced to foul late to remain in the game. Unfortunately, Muldrow was in the double bonus and took advantage hitting four of four from the charity stripe to pull down the 84-79 win.

Checotah, now 4-2, will head to Stillwell January 3rd to take on the 2-3 Indians, while Muldrow will return home January 4th to play Wagoner (4-3).