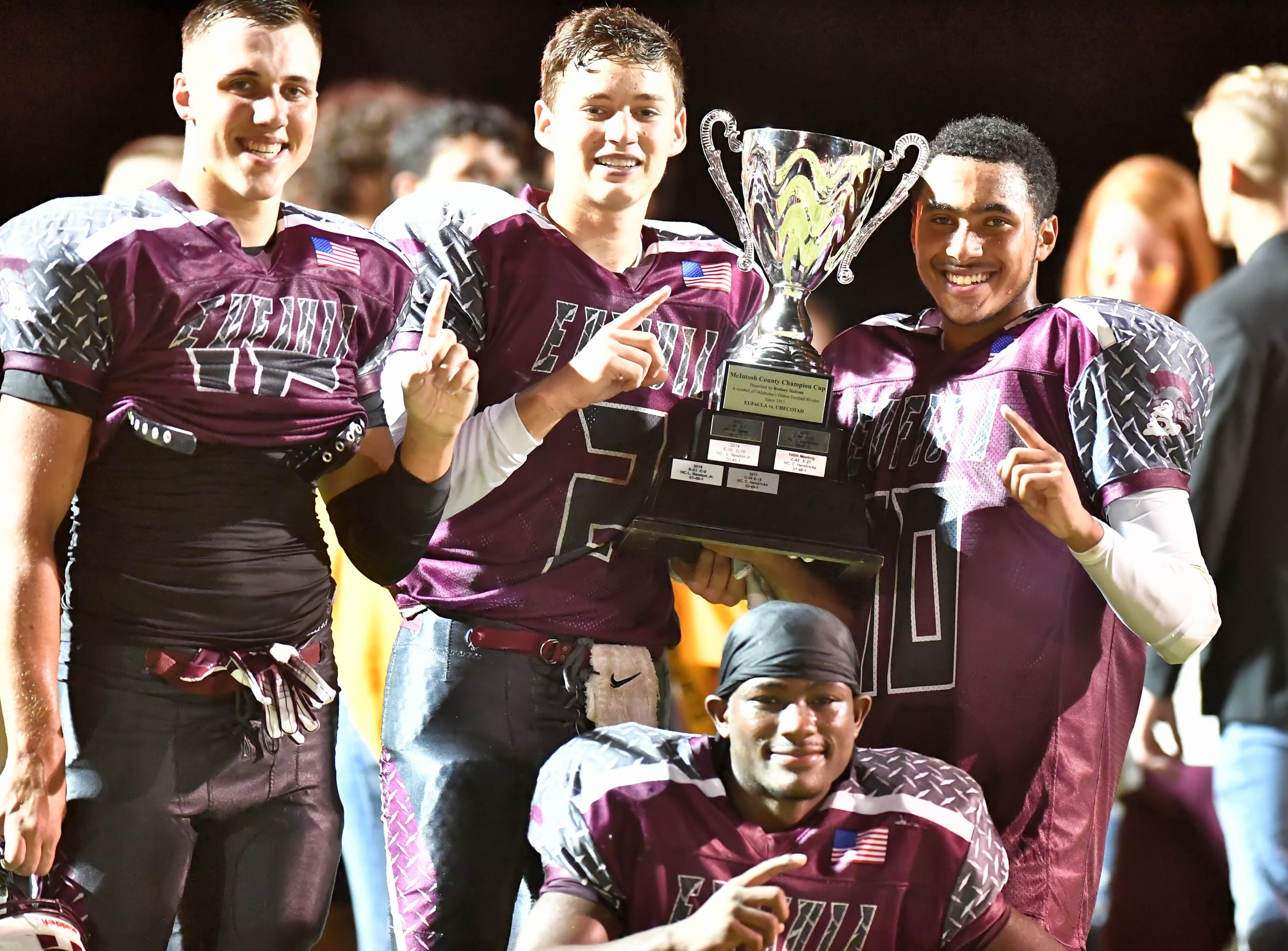 EUFAULA – The Checotah Wildcats fell short Friday night 30-20 at Eufaula as the Ironheads captured the 104th edition of the McIntosh War. With the win the Ironheads pulled within three 53-50-1 in the all-time series.

Checotah started the scoring with a Dontairre Fisher 53-yard scamper down the left sideline and added a 2-point conversion for an 8-0 Wildcat lead just 1:02 into the game.

The Ironheads response came just 6 minutes later when after a 20-yard, 4th down completion from Nick Jones to Khelio Dere, Jones finished off the series with a 5-yard touchdown run. The 2-point attempt failed, and The Wildcats stayed in front 8-6.

Still in the first quarter, a bad snap on a Checotah punt put the ball in Eufaula’s possession at the 27-yard line. The run-first offense put the ball in the hands of their workhorse back Noah Alexander who controlled the drive and gave the Ironheads another 6 points on a 2-yard run into the end zone. Another 2-point try failed and ended the period with a 12-8 Eufaula advantage.

The Ironheads defense stiffened in the second holding Checotah scoreless but, another Jones to Dere strike went for 50-yards and a Ironheads touchdown.

The three consecutive Eufaula scores not only gave the Ironheads a 10-point lead at 18-8 but, changed the momentum of the game going into the half.

Both defenses stiffened as the second half opened but it was Checotah who would strike first. Dontairre Fisher broke free for a 48-yard run and a Wildcat touchdown. The 2-point attempt was no good and the Wildcats were back within 4-points.

That didn’t last long when 4 minutes later it was Alexander again, this time for a 15-yard score. Eufaula lined up for the extra point kick but faked it and again failed to convert. The lead was back to 10 points.

The Wildcats high point of the game came in the fourth when after a Eufaula score Fisher received a ground ball kickoff at the 30 and tossed the ball back 10-yards to Jacob Barrett who broke free down the left side of the Ironheads defense for an 80-yard touchdown.

After yet another Eufaula rushing touchdown, the Ironheads were on a sustained clock-draining drive when the game ended on the Wildcats 2-yard line.