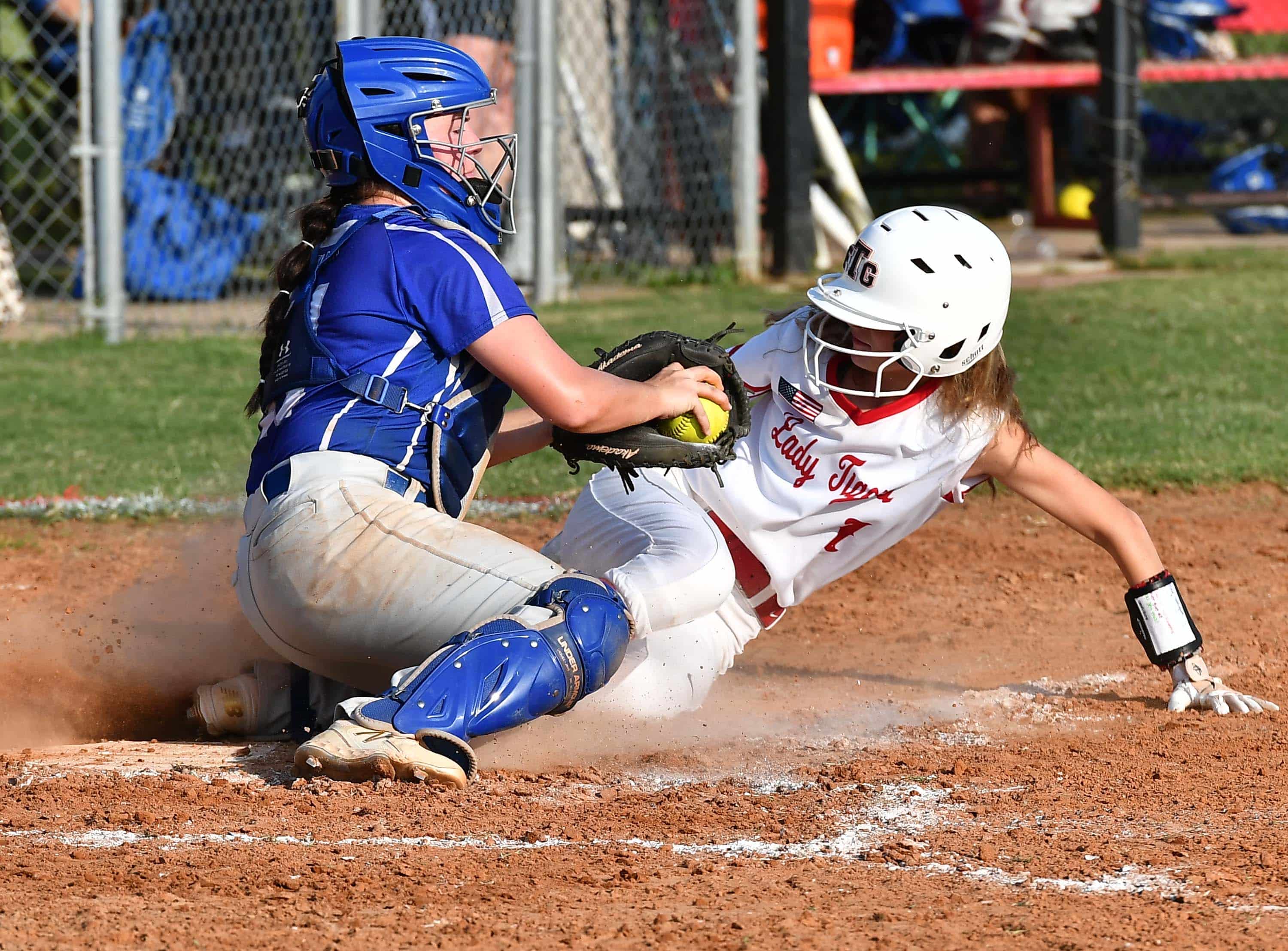 FORT GIBSON – Fort Gibson came out on top Monday night in the battle for the lead in OSSAA class 4A, District 5 with a 6-4 win over the Checotah Wildcats.

Courtney Hill, the Tigers ace, started strong striking out two of the first three Wildcat hitters in the top of the opening inning. The bottom of the frame saw singles from Hannah Thouvenel, Graci Williams and Hill followed with another by Nia Polzin to give the Tigers a 2-0 head start after one.

In the second, Checotah got one back thanks to a free pass to Ceejay Robinson via a hit by pitch and a double from Amanda Brown for the Wildcats opening score.

In the bottom of the frame, Maycee Young started with a base hit followed by a double from Thouvenel for her second hit of the night. An overthrow at second allowed two runs to cross the plate to give Fort Gibson a 4-1 lead after two innings.

Coach Ronnie Rodgers said after the game “We didn’t play too good of defense at times The two big ones (mistakes) was the overthrow when we had the girl picked off and they threw it over her head, they scored two off of that, you gotta be able to play defense!”

The fourth inning for the Tigers saw yet another hit by Thouvenel, this time an inside the park homer to right-center. She said after the game “I saw the first one was outside, so I got closer up to the plate and went with the pitch” the gapper bounced off the walls and allowed her to get the round trip for the 5th Ft. Gibson run.

The Wildcats chipped away at the lead with runs in the 5th, 6th and 7th innings but couldn’t overcome the strong start by the Tigers.

The two will meet again in September at the Wildcats home park to possibly determine the district champion.