Welch Moves on With Win Over Kinta 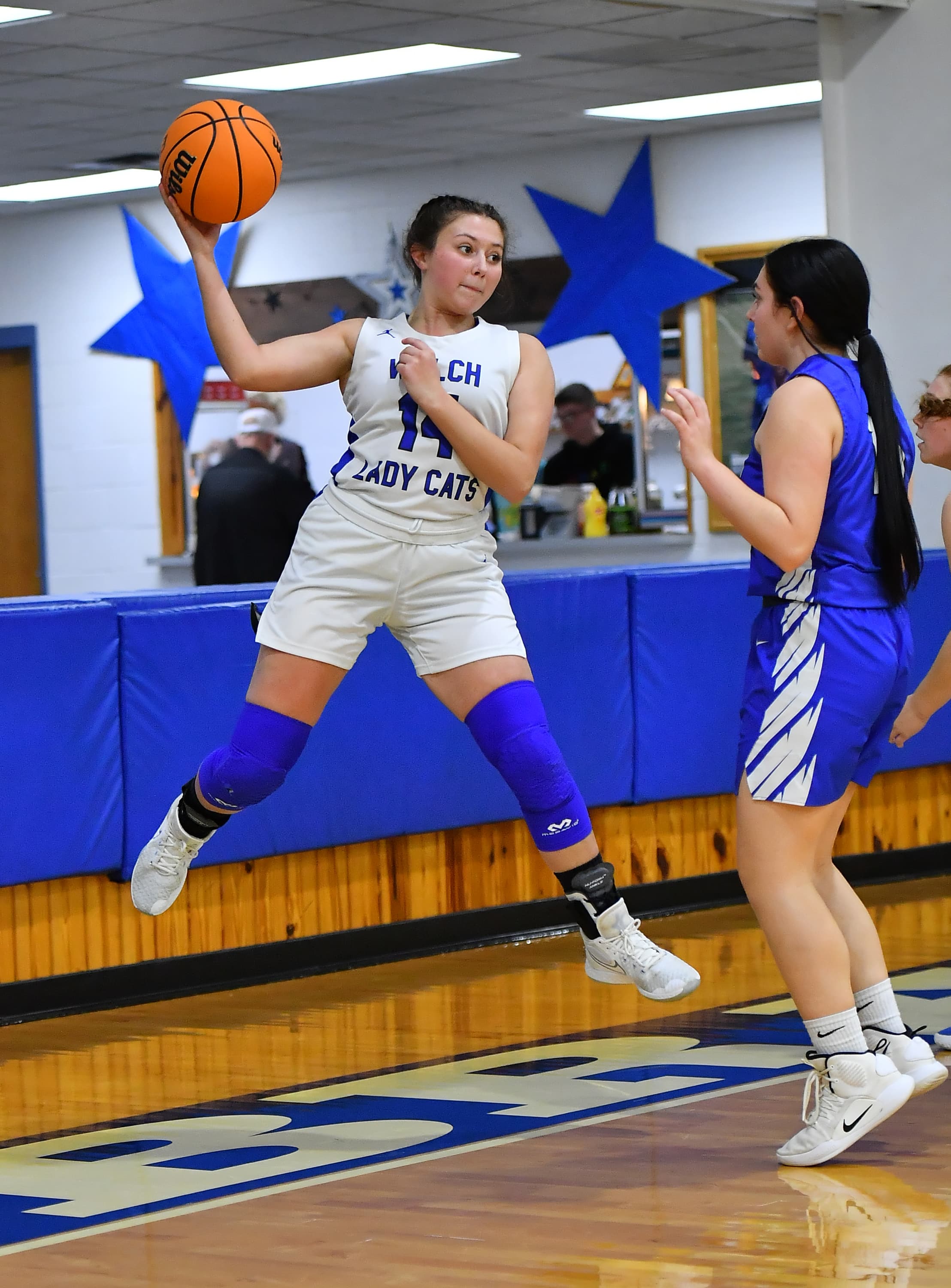 BRAGGS– The Welch Lady Wildcats moved on in the Class B Area II District 6 playoffs Thursday by defeating the Kinta Lady Eagles 57-33.

From the opening tip-off, the Welch Lady Wildcats pulled away from the Lady Eagles of Kinta in a game that was not as close as the score.

Cheyenne Vaughn had 10 points for Welch in the first half contributing to the 30-15 lead at halftime. Vaughn went on to score 5 in the second half for her 15-point game total.

Lydia Armstrong had 8 in the first half, but it was her second half performance that made her the top point getter for the Wildcats. Vaughn caught fire in the third quarter hitting 3, 3-pointers and another from the floor for 11 third period points. In all Vaughn hit the target five times from beyond the bonus stripe.

Kailey Hall was the other Wildcat in double figures with 11 on the night. Hall also had a good night at the line hitting on 3-of-4 from the charity stripe.

With a commanding 52-18 lead after three quarters Welch pulled the starters which allowed Kinta to do some catching up. Kendyl Oldham scored 10 in the final eight minutes along with two 3’s in the first half for her team leading 16 game points.

Welch will advance to face Braggs Saturday night with both of those teams advancing to the Regional round to be held at the Mvskoke Dome in Okmulgee next Thursday February 17th.