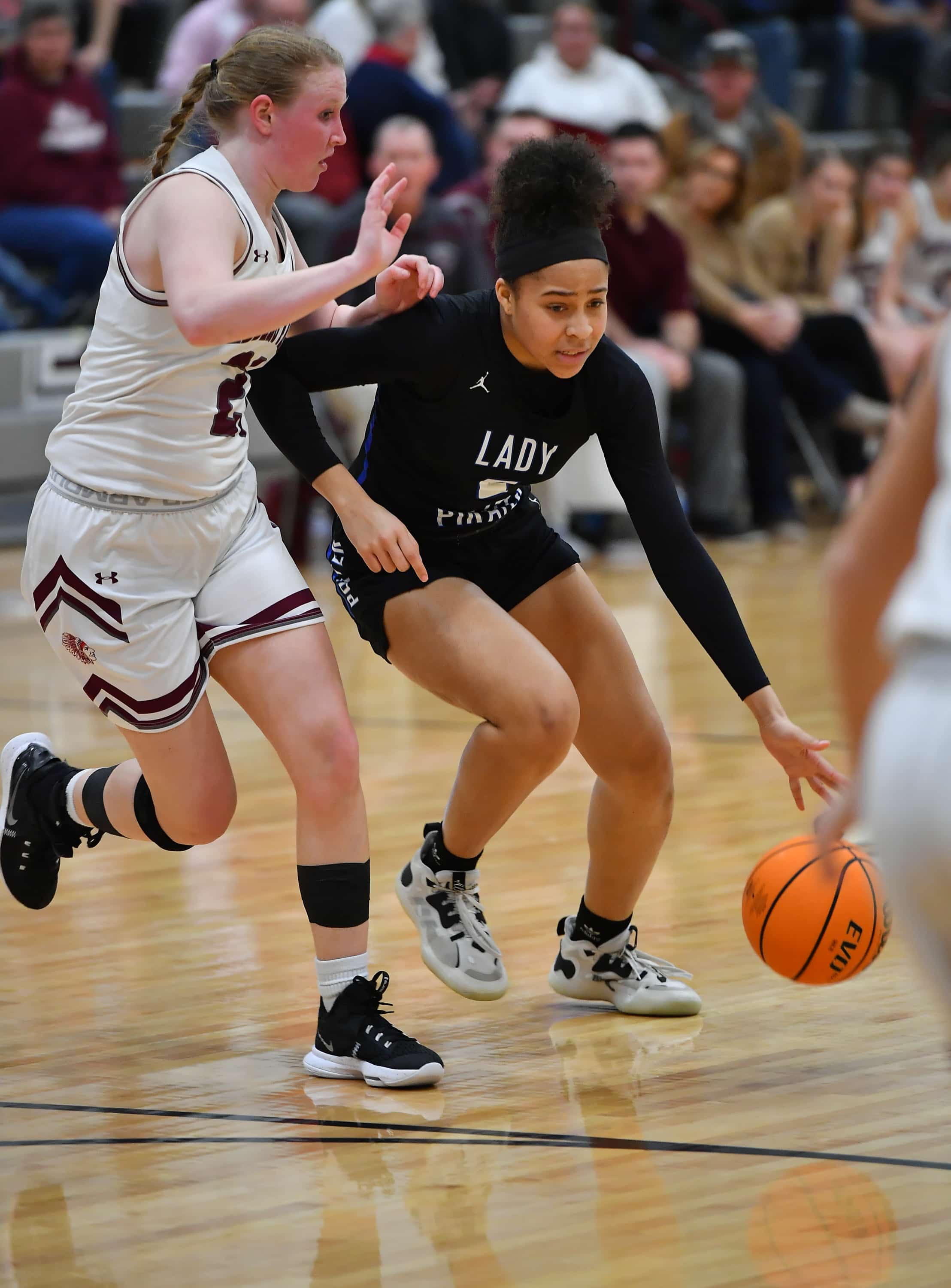 WEBBERS FALLS – For Webbers Falls, defense prevailed and senior Samantha Shanks — as she has done often as a four-year starter for the Lady Warriors — stepped up in the clutch with seven fourth-quarter points to help the Lady Warriors to a 36-33 win over Porter in the Class A Area IV district playoffs Saturday night.

With the win, the Lady Warriors remain unbeaten on the year at 17-0 and advance to the winners bracket of next week’s regional tournament at Red Oak to play the host Lady Eagles at 6:30 Thursday.

The game started somewhat shaky for Webbers Falls as the Lady Warriors missed three point-blank shots and turned the ball over four times in the first quarter which ended in a 6-6 tie.

“We’ve only been in a couple of really close games this season and even with a senior-heavy team sometimes they feel a little more pressure when the game is close,” said veteran head coach Jerry Ward.

“Porter had a good game plan. They slowed the ball down and spread the floor. Defense won the game for us. We changed it up in the second half and did a better job of slowing them down.”

The Lady Pirates opened up a seven-point lead early in the third quarter, but the Lady Warriors went on a 9-0 run and took a 22-20 lead towards the end of the quarter. They added a couple of more points to the lead and with 3:42 in the game it was 30-26.

Buckets by Brittany Welch and Charmayne Marshall kept the Lady Pirates close and a 3-pointer by Raylee Allison with 6.8 seconds left made it 34-33. But Shanks, the reigning All-Phoenix MVP, nailed a pair of charities with 2.4 seconds left to ice the game for the Lady Warriors.

“Both teams were pretty evenly matched, and we knew it could come down the very end,” said Porter coach Kruz Lynch. “We had a lead in the third quarter and made some mental mistakes that we don’t normally make but we never felt out of it especially after Allison hit that 3.”

Shanks led all scorers with 21 points while Marshall led the charge for Porter (18-5) with 13 points and Allison added 10. The Lady Pirates will also play in the Red Oak regional consolation bracket next Thursday against Gans at 1:30 p.m.