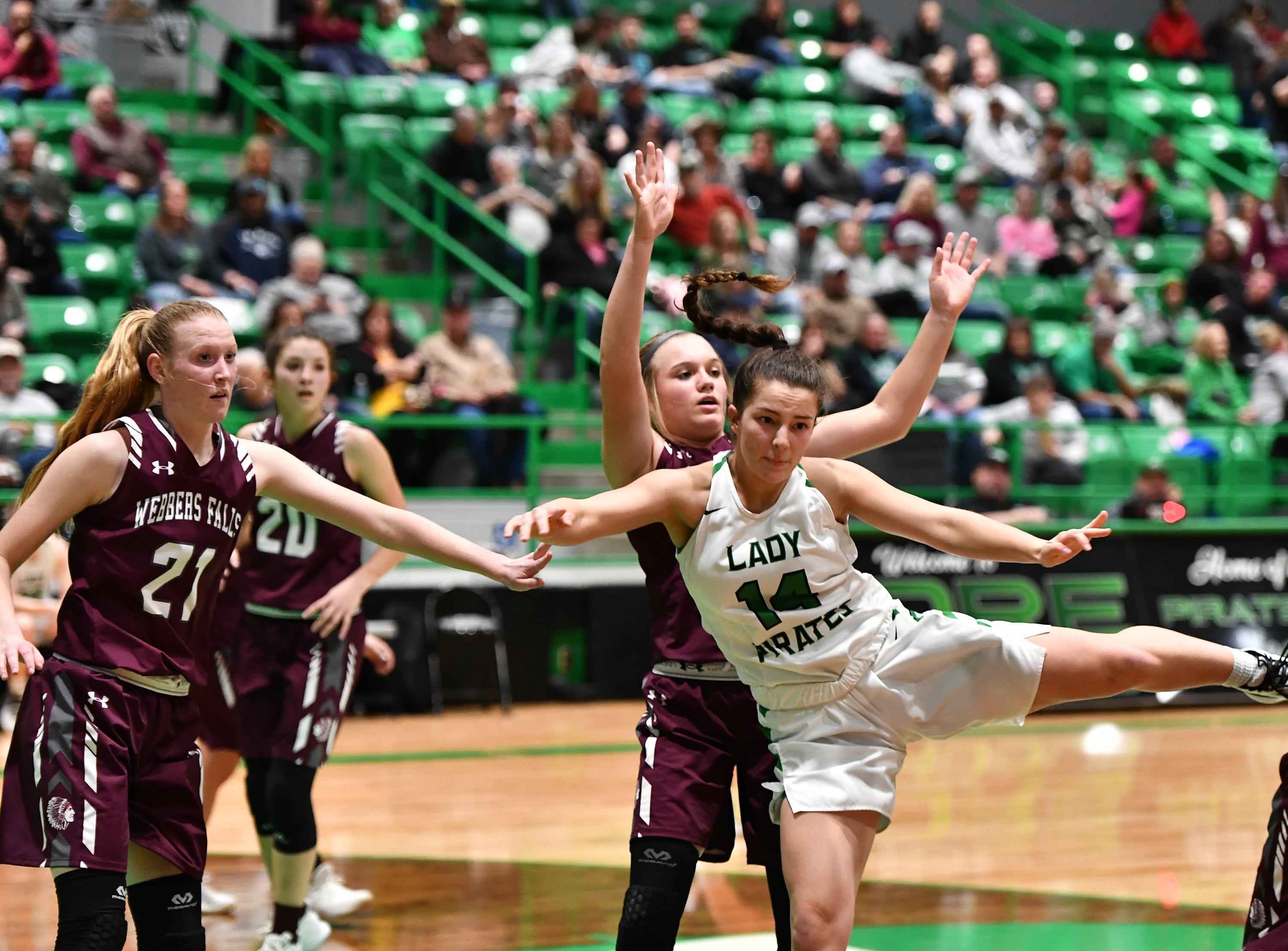 The first time the two met at Webber back in January, the Warriors ran away with the contest via a 44-18 trouncing of the Pirates who are now 7-11 on the season. Webber on the other hand is enjoying a successful 2020 campaign improving their record to 14-3 in OSSAA Class A.

Tuesday’s contest was a steady attack by the Warriors, pulling out early to a 13 point advantage in a first period that saw the Pirates held to just 4 points.

Samantha Shanks jumped started Webber with 8 points in the first quarter. Shanks pulled down 13 for the game. Cessna Kimberlin was a perfect 4-for4 from the foul line in the second and was the other Warrior in double figures with 10. Lexi Raskey hit twice from downtown for treys and just missed doubles with 9 points.

For the Pirates, Addison Sheffield finished with 8 points, Taylor Short with 7 and Skye Brookshire with 6.

The Pirates will Travel to Okay (19-4) to take on the Class A, 14th ranked Mustangs Friday night and Webbers Falls will return home to host 2-11 Arkoma.