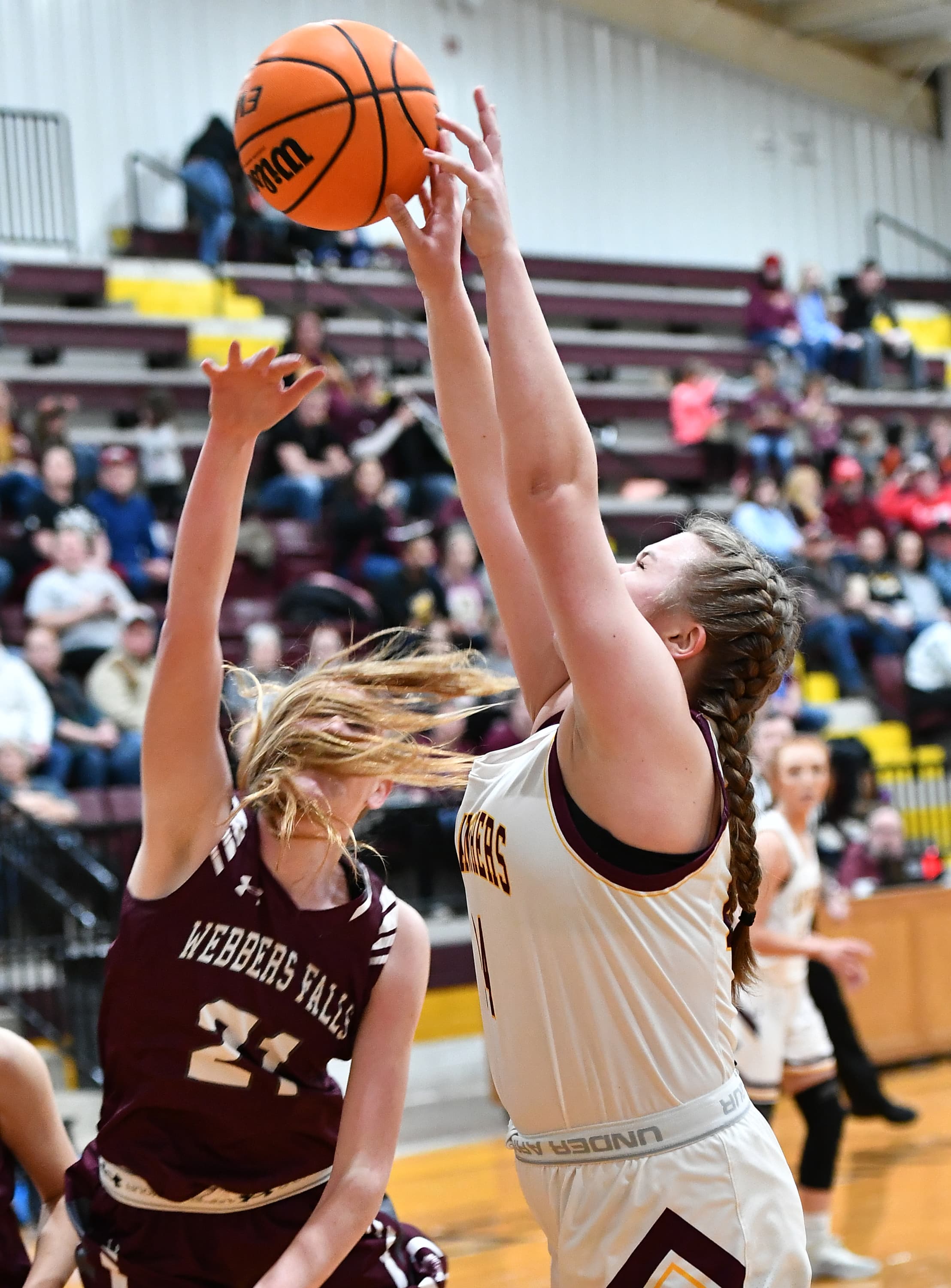 View/Purchase Game Photos
Sign-Up CSSN Subscription
PORUM – The OSSAA rankings for Class “A” do not include either the Panthers (17-5) or the Warriors (17-3) but each team could make a bid for the District or Area titles.

Porum won the first matchup of these two back on the 10th of December 42-30 at Webbers Falls in a game that was actually closer than the score indicates.

This time around it was the Warriors on top by a score of 35-39 but it took until the 5 minute mark of the final period for Webber to final get the lead.

Savannah Macom, Kenly Hokit and Mallory Barrett put the Panthers on top after one period by scoring Porum’s 12 points in the first. Webbers Falls managed just 7 in the period, five coming from Samantha Shanks and two from Cessna Griffith.

In the second the Panthers managed just one 2-pointer from the floor but capitalized on Warrior fouls notching 6 from the free throw line. Webber scored just 9 in the second, 5 by Lexi Raskey to trail by 4 at the half 20-16,

The third was a defensive battle that had the teams scoring just six points each going into the final eight minutes. Webbers Falls found the range in the fourth and with 13 seconds remaining led by two, 36-34.

The Panthers were forced to foul to try to gain on the Warriors, but their fouls turned into Webbers Falls points with Laskey and Kimberlin each hitting three times from the line, resulting in a 39-35 win for the Warriors.

The two teams will be vying for the District title Friday at Quinton when Webber takes on Quinton (4-18) with the winner advancing to Saturday’s District title against Porum.