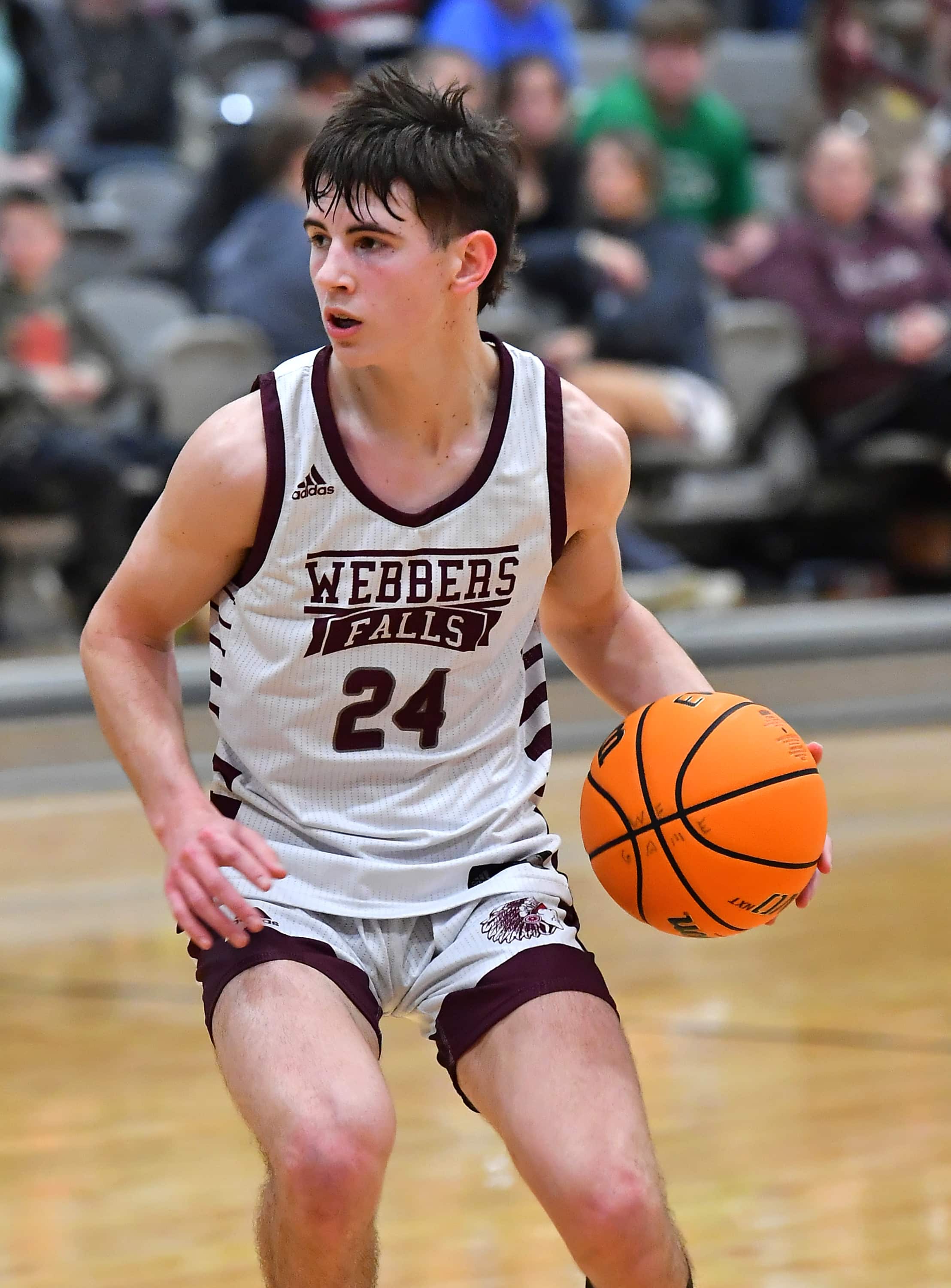 WEBBERS FALLS – Friday night the Webbers Falls Warriors (7-8) had to wait until the last 0.4 seconds to pull off an upset win from the Dewar Dragons (12-3).

Webbers Falls started the game pushing to small leads in the opening period, but by 5:46 in the second, Dewar had tied the score at 16 all. Trenton Mack contributed 9 of the Dragons 13 points, all 3’s, in the second period.

Each team struggled to break the tie and the game went scoreless for 3:34 when the Dragons gained a 19-16 lead via a  a three-pointer with 2:12 remaining in the half and maintained a 1-point 22-21 advantage at the break.

Stryker Chappell netted 15 of his game total 20 points in the first half for the Warriors.

The second half began with a defensive battle that saw Dewar scoring just 9-points and the Warriors only getting 7, to give Dewar a three point 31-28 lead going into the final period..

Less than three minutes into the fourth quarter, Webbers Falls went on a 6-point run that propelled them to the lead 34-31, but the Dragons tied the score once more at 34 with a 3-pointer from Cole Miller with just over two minutes remaining.

With just 2.8 seconds remaining in the game the Dragons’ Shelly Taylor drained a 3-pointer from the left corner that brought a roar from the visiting crowd along with a 37-35 Dewar lead.

With little time remaining, Webber inbounded the ball to mid-court and then to the left corner in the hands of Jaxon Swearinger who drained a three-pointer with 0:00 on the clock and a Warrior Celebration for the 38-37 comeback, upset win.

The Warriors will remain home to face district opponent Porum (4-11) next Tuesday night while Dewar heads to the Okmulgee County tournament Saturday afternoon.