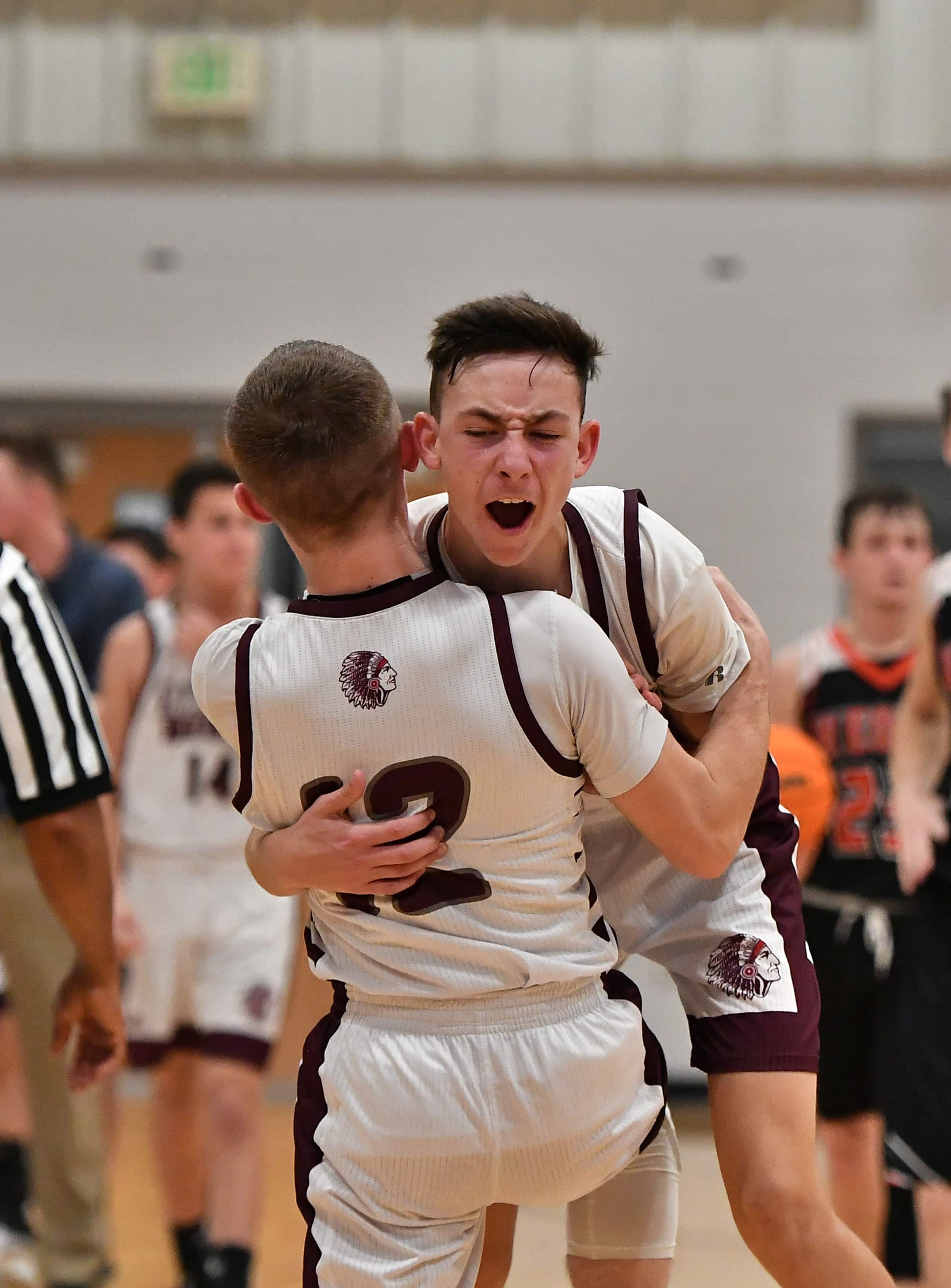 View/Purchase Game Photos
Sign-Up CSSN Subscription
WEBBERS FALLS – It looked to be an even match-up coming in and it turned out to be just that. The Keota Lions (6-11) put on a great show at the new Webbers Falls facility but came up a bit short at the buzzer, dropping a close one 46-45.

After a first period that saw a good amount of scoring from both squads, the Lions inched ahead by 2 points 16-14. Keota’s scoring came mainly via the long ball as they scored four times from beyond the arch. Cardell Ramsey hit for two treys and Trenton Followill and Cash Long had one each to account for 12 of Keota’s 16 firs period points.

The Warrior spread it out amongst four players, led by Blake Wyatt with 6 points. In the next quarter however, Webbers Falls cooled off except for Daylen Jarrard who accounted for the Warriors six point total in the second.

Keota could manage just 5 points in that period which sent the game to the half separated by just one point 21-20.

Wyatt got hot again in the third scoring 11, but Followill put up 9 for the Tigers and Keota maintained a slight advantage 35-32 going into the final period.

Cardell Ramsey took charge for Tigers in the fourth scoring 10 in the period with 3 from long range. That gave Keota the lead by one with just 12 seconds remaining.

The Warriors inbounded the ball from the Tigers end of the court with everybody looking for Wyatt. The double team on Wyatt left a wide open Austin Carter at the top of the key who drained a two pointer with just 1.5 seconds remaining for the win.

Wyatt was high man for Webbers Falls with 16 points, followed closely by Jarrard with 15. Carter, the game winner, had six on the night but two of those were the most important. Ramsey was high for Keota with 18 and Followill was also in double figures with 12 points.