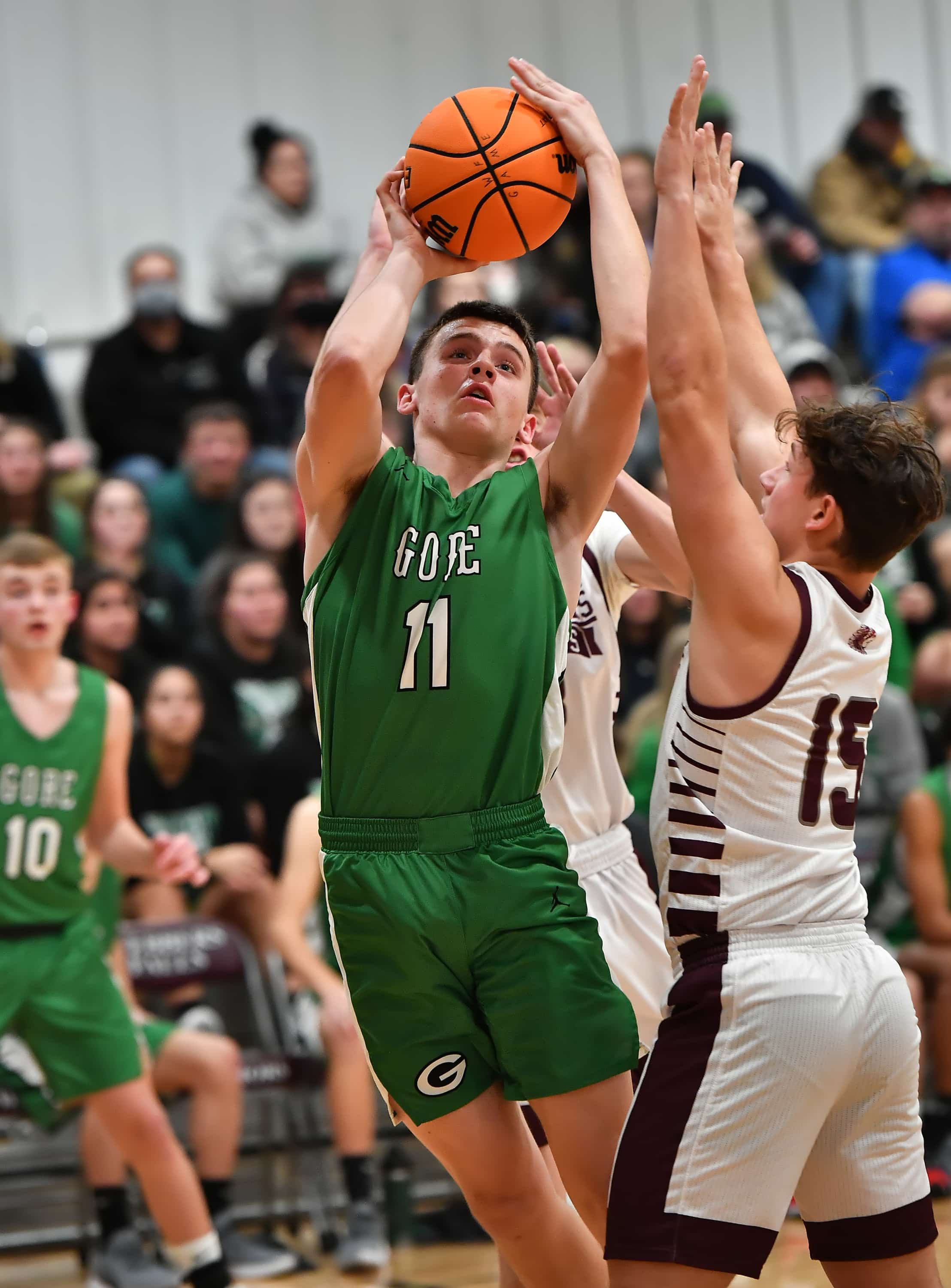 View/Purchase Game Photos
Sign-Up CSSN Subscription
WEBBERS FALLS – The Webbers Falls Warriors (3-4) came out of the gate slow and could not catch up to the Gore Pirates Tuesday night. The Pirates opened up an 8-point advantage in the first eight minutes when Webbers Falls scored just 2 points in the opening period.

The Warriors rebounding improved somewhat in the second and they did some catching up to close the advantage to just four, at 19-15 by the half.

In the third Webbers Falls did take a brief 2-point lead but just for a moment. The Pirates quickly closed the gap to lead 29-22 after three.

Trying play catch-up and force the play early in the fourth, Webber had problems finding the net from long range. Maddox Shelby netted 9 points in the final period, but it was too little too late, and the Warriors fell to the Pirates 43-38 on Basketball Homecoming Night.