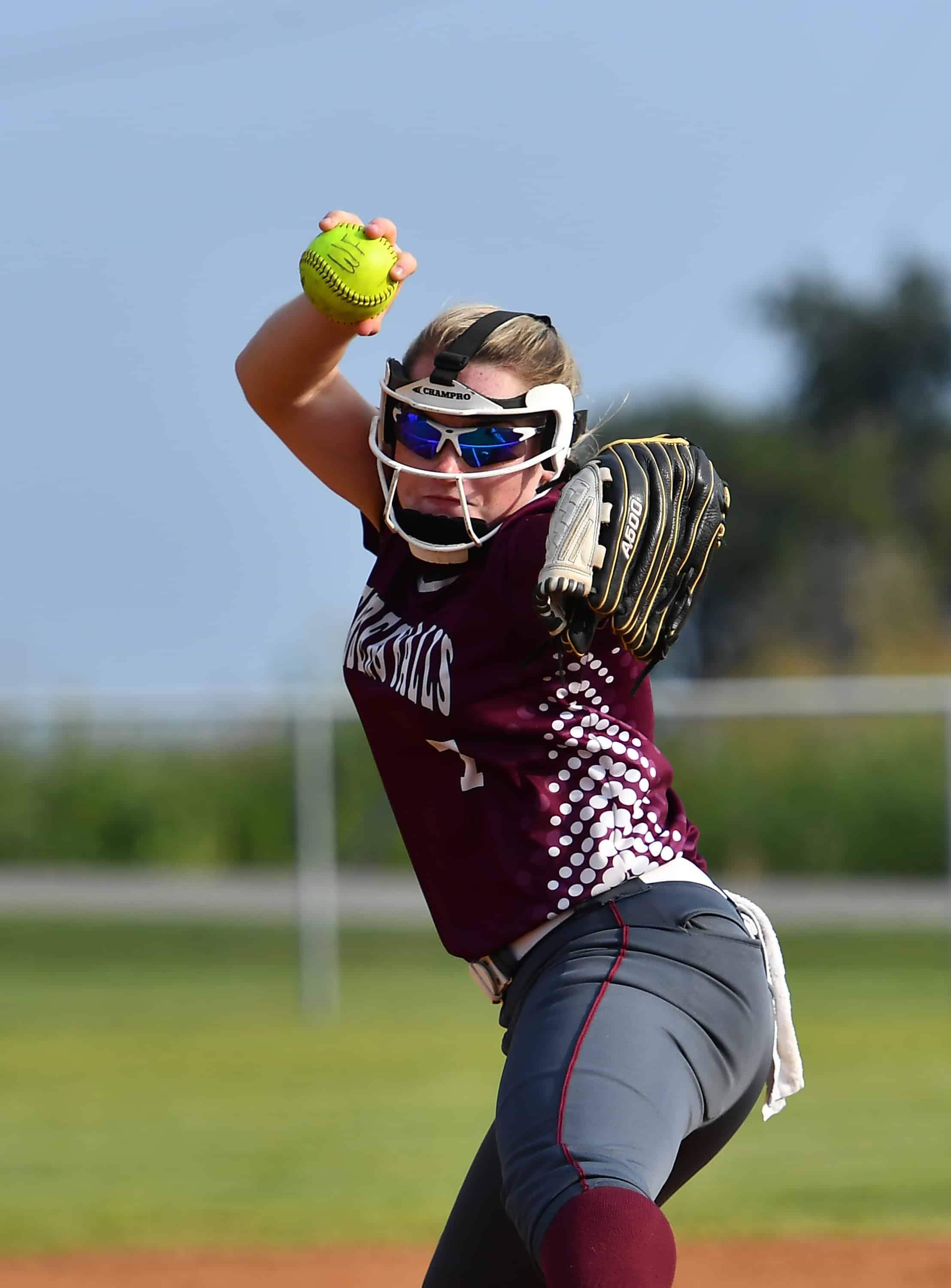 View/Purchase Game Photos
Sign-Up CSSN Subscription
WEBBERS FALLS – The Webbers Falls Lady Warriors (11-3) were host to the Porum Panthers and the Stuart Hornets Thursday afternoon at the softball complex in Webbers Falls. Although an OSSAA Class B team, the 19th ranked Warriors are no stranger to playing up, facing Class A, 2A and 3A opponents in 11 out of 14 contests this season.

The opening game of the day saw the Warriors and Panthers (11-5) square off in a 5-inning contest. Brooke Wyatt, the Warriors Ace, managed to keep Porum off the board to earn the 3-0 shutout. It would be a long day for Wyatt since she was slated to go in both games for Webber.

Webbers Falls got on the board early in the first inning when Lexi Raskey crossed the plate for a 1-0 Warrior Lead.