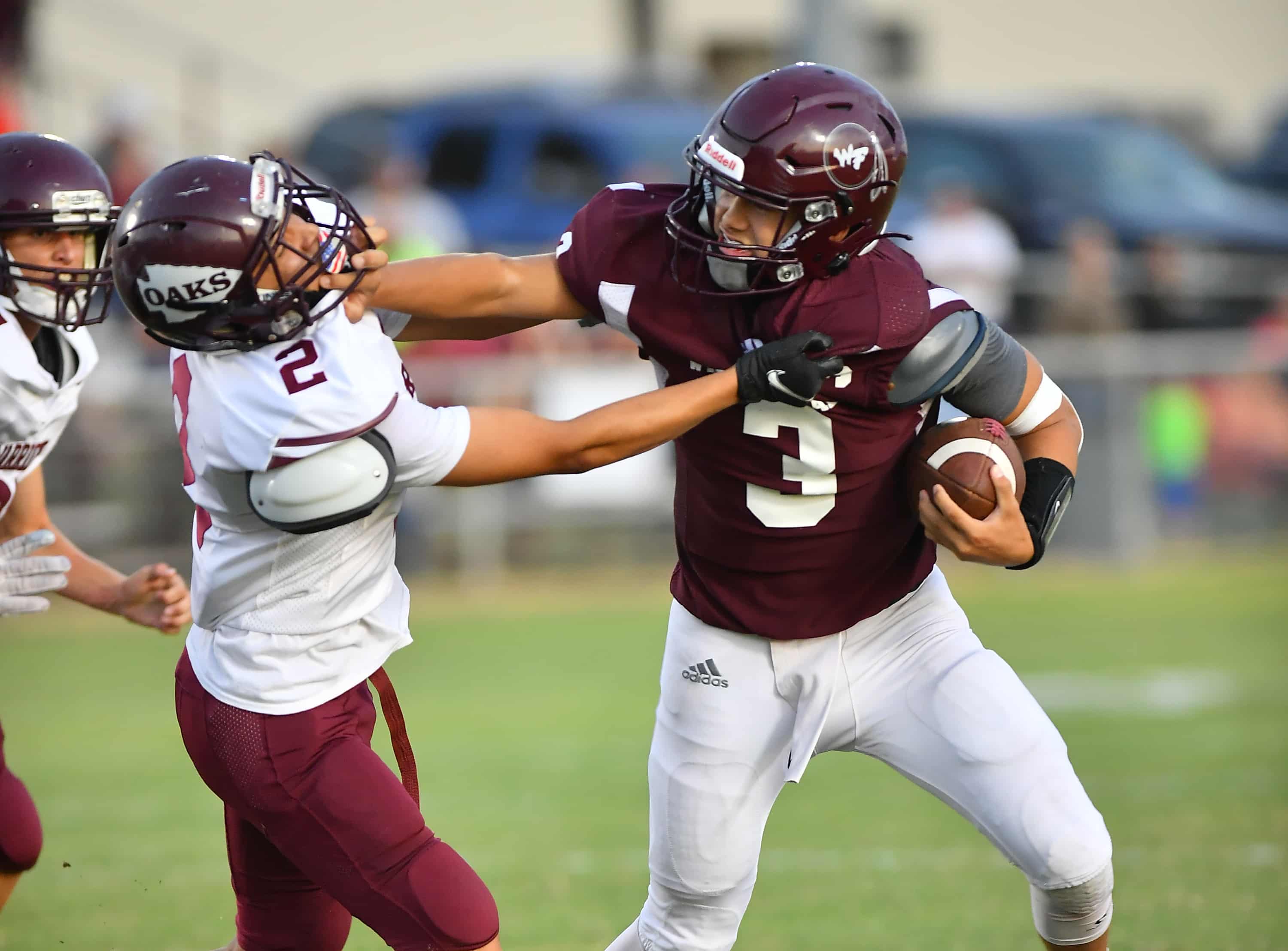 From the opening kickoff it was evident that this night would be a test for Webbers Falls. The usual ease of which the Warriors move the ball down field had a visible resistance.

The other Warriors from Oaks opened with a stiff defense that had Webber baffled for a bit. By halftime the Webber Warriors had come up with a good enough plan to reach the endzone twice although failing each attempt at 2-point conversions against a stiff Oaks defense to lead at the half 12-0.

In the closing minutes of the first half each team was reaching for some quick points. Webbers Falls quarterback, Maddux Shelby attempted a long pass to the 15 yard line that was picked off by Oaks with 35 seconds remaining in the half. In an attempt get a quick score a long toss to the Warriors goal line was intercepted by Dylan Young with just 6 seconds remaining.

After the break an Oaks drive was almost thwarted after a holding penalty backed up the Warriors deep in Webber territory, but the Oaks Warriors managed to punch the ball into the endzone and convert the 2-point try to bring the score to 12-8 with 7:23 left in the third quarter.

The score sparked Webbers Falls to intensify their offense efforts. On a drive that was led by Shelby and a determined Blaize Herriman, Shelby punched in a score on a QB keeper but again the conversion fell short leaving the score 18-8 after three quarters.

In the final period Webbers falls managed two additional scores, this time with one successful conversion on a Shelby to Caden Dishman conversion. The Webber Defense was sparked by a questionable call on a late hit that inspired the defense to totally shut down the Oaks Mission on the remainder of the drive.

A last minute Oaks attempt by Oaks to add points was stopped by the Warriors D at the 2-yard line as the game ended.