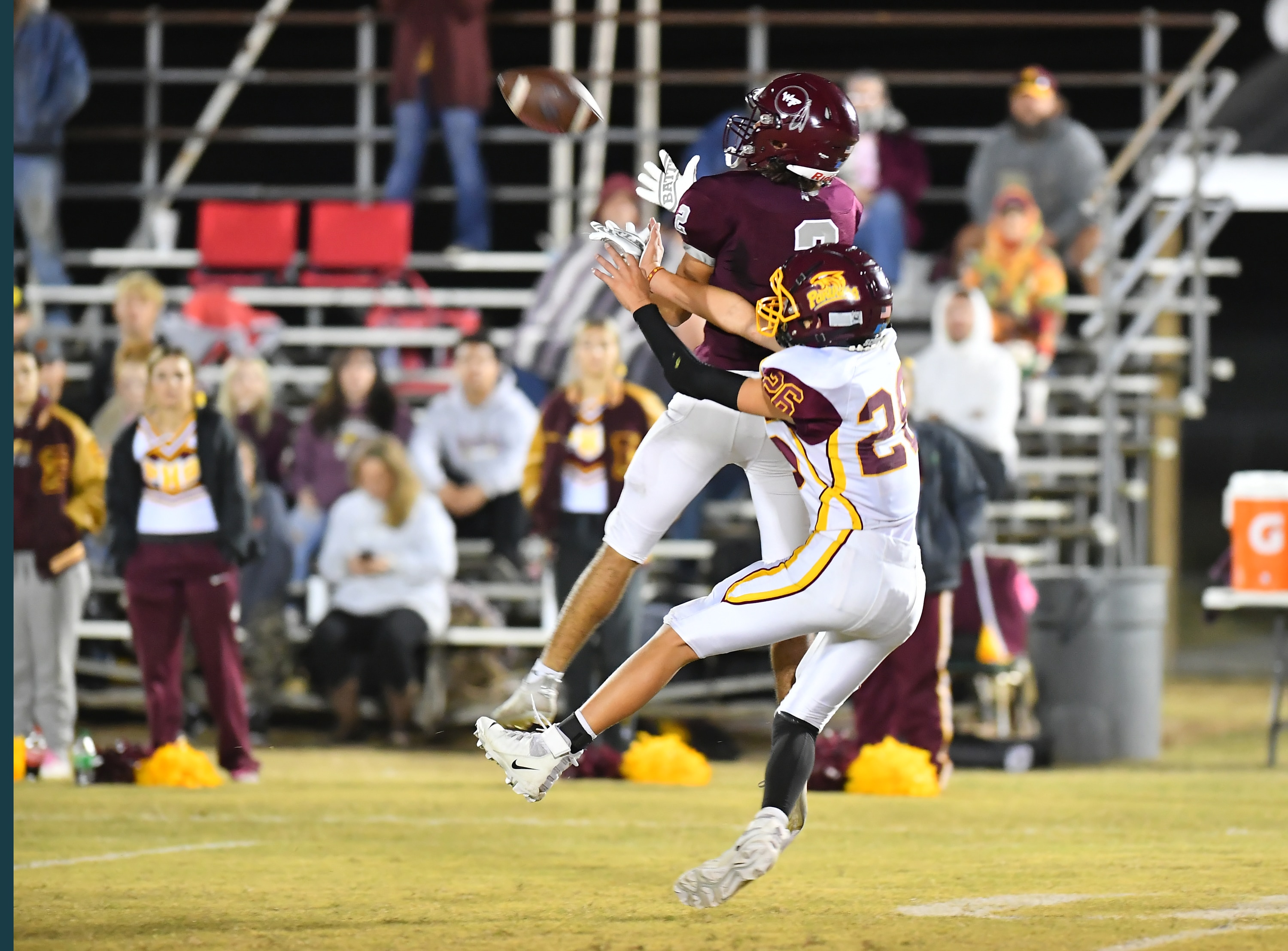 WEBBERS FALLS – It was homecoming night at Webbers Falls Thursday as the Warriors took on the Porum Panthers (3-5, 0-3) in “The battle of Ross Road”.

It started early for the Warriors (6-2, 2-1) when on the second play from scrimmage, Blaze Herriman sprinted down the right side for a Webbers Falls touchdown on a 60-yard quarterback keeper with 11:36 still remaining in the opening quarter.

Harriman, who was in at QB for the injured Maddux Shelby, had three touchdowns and a 25-yard interception that almost went the distance for a pick-six. Herriman also converted on four 2-point conversions for his 26-point night.

Still in the first quarter, with 5:08 remaining Herriman scored his third touchdown of the night to give Webber a 24-0 lead.

The Panthers’ QB Seth Brown got into the end zone on a quarterback keeper to give Porum their first points of the night but, the conversion failed.

Isaiah Terrell would add another 6-points for Webber mid-way through the second quarter to bring the score to 40-6 at the half.

Dishman pounded one into the end zone in the third quarter before the final score that ended the game with 2:16 remaining in the third via the 45-point run-rule