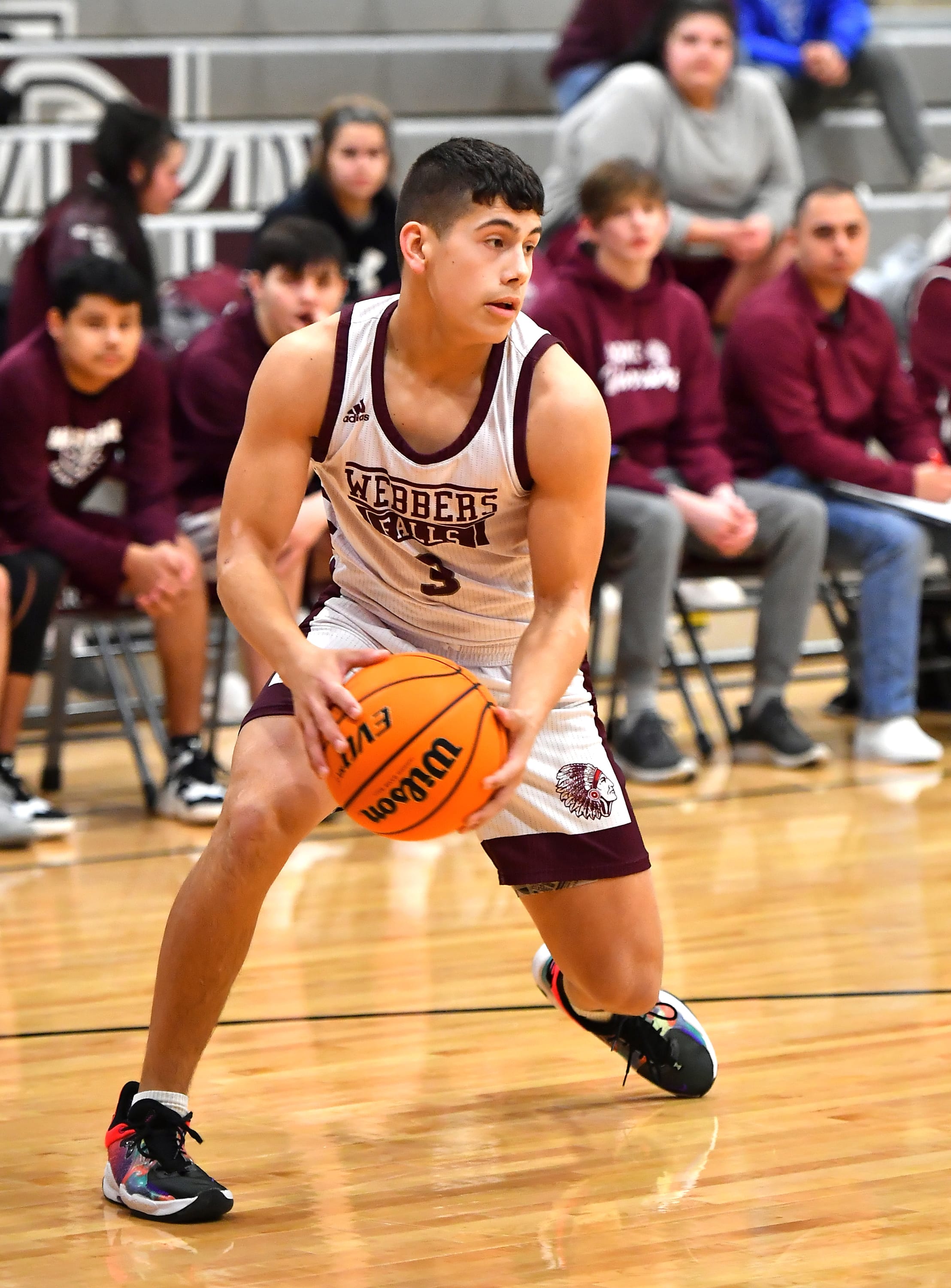 The Oaks Warriors got within 9 points twice in the second and third but failed to close the gap. Ethan Parsley and Shaun Reed both were in double figures for Oaks Mission with Parsley scoring 19 and Reed netting 14 for the game. Reed had four long range buckets, three in the second period, when Oaks closed out the half trailing by 10, 33-43.

Webbers Falls jumped to the lead early 18-5 in the opening session. The game remained pretty much within 10-points until the final period when Webber outscored Oaks 20-9.

Maddux Shelby topped the scoring for Webbers Falls with 16 points. Ashton Davis and Skelly Taylor were the other two Warriors in double figures with 12 and 10 points respectively.

The biggest reaction of the night came in the final two minutes when some players who don’t get a lot of playing time took the court. Luke Pierce and Stryker Chappell both scored from beyond the bonus line for 3’s and Caleb Dishman hit one from the floor for a 2-pointer.

Webbers Falls will open their district tournament Friday night against Weleetka with hopes of advancing to the second round Saturday.