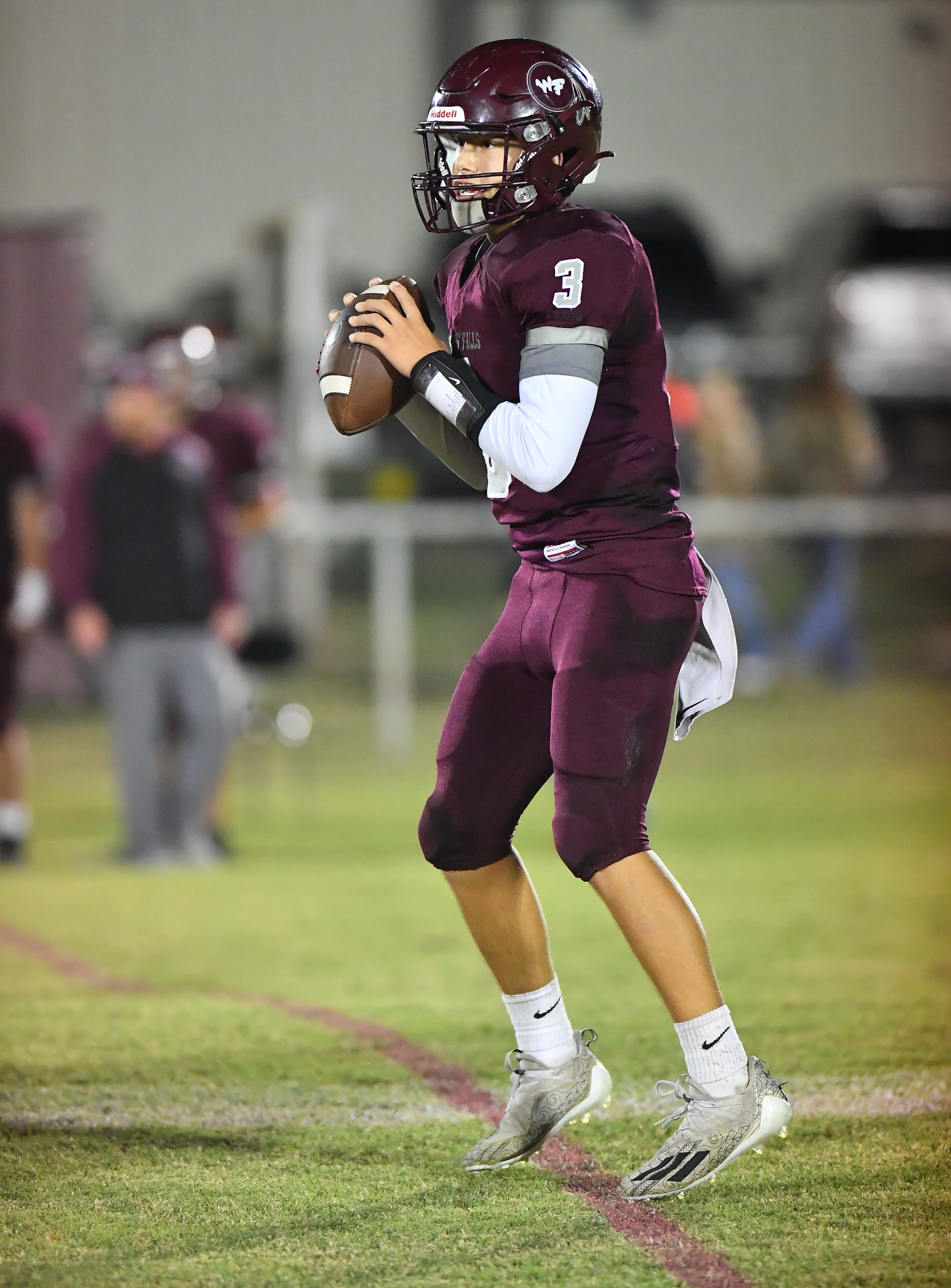 View/Purchase Game Photos
Sign-Up CSSN Subscription
WEBBERS FALLS – A steady charge by the Webbers Falls Warriors dominated the Porum Panthers Friday night 48-0 to keep their playoff hopes alive one more week. To make it to the OSSAA Class “B” playoffs the Warriors (6-3) will have to finish their regular season next week with a win over Weleetka (4-5) to make it to the show.

Friday’s contest was dominated by Webber quarterback Maddux Shelby. With Blaze Herriman missing from the lineup due to illness, Shelby needed to take command of the running game, and take command he did. Shelby crossed the goal line the first time with 5:42 remaining in the opening quarter, and along with a pass to Caden Dishman for the extra points Webbers Falls lead 8-0 early.

A 22-yard strike to Dishman kept the Warriors second drive alive before Zane Dolan scampered in for another score just before the quarter ended.

With 8:30 remaining in the half it was Shelby again on the ground to make it 23-0 Warriors after the Dylan Young kick. Just 4 minutes later Shelby would strike paydirt on a scramble from the 18 yard line for a 29-0 Webber lead over the Panthers.

Porum had a drive going with time fading at the end of the half but an incompletion in the end zone ended the Panthers chances at the Buzzer.

The opening drive of the second half found Shelby connecting with Tracker Chappel in the end zone for Webbers’ fifth touchdown of the night and a 36-0 Warrior lead.

Shelby went in for his fourth of the night with 7:17 remaining in the third and it was 42-0 Warriors.

With just over 5 minutes left in the third Shelby went in for his fifth touchdown of the night to end the scoring and the game at 48-0.

Webber will travel to Weleetka for their must win next week and Porum will end their season on the road at (5-2) Wetumka.