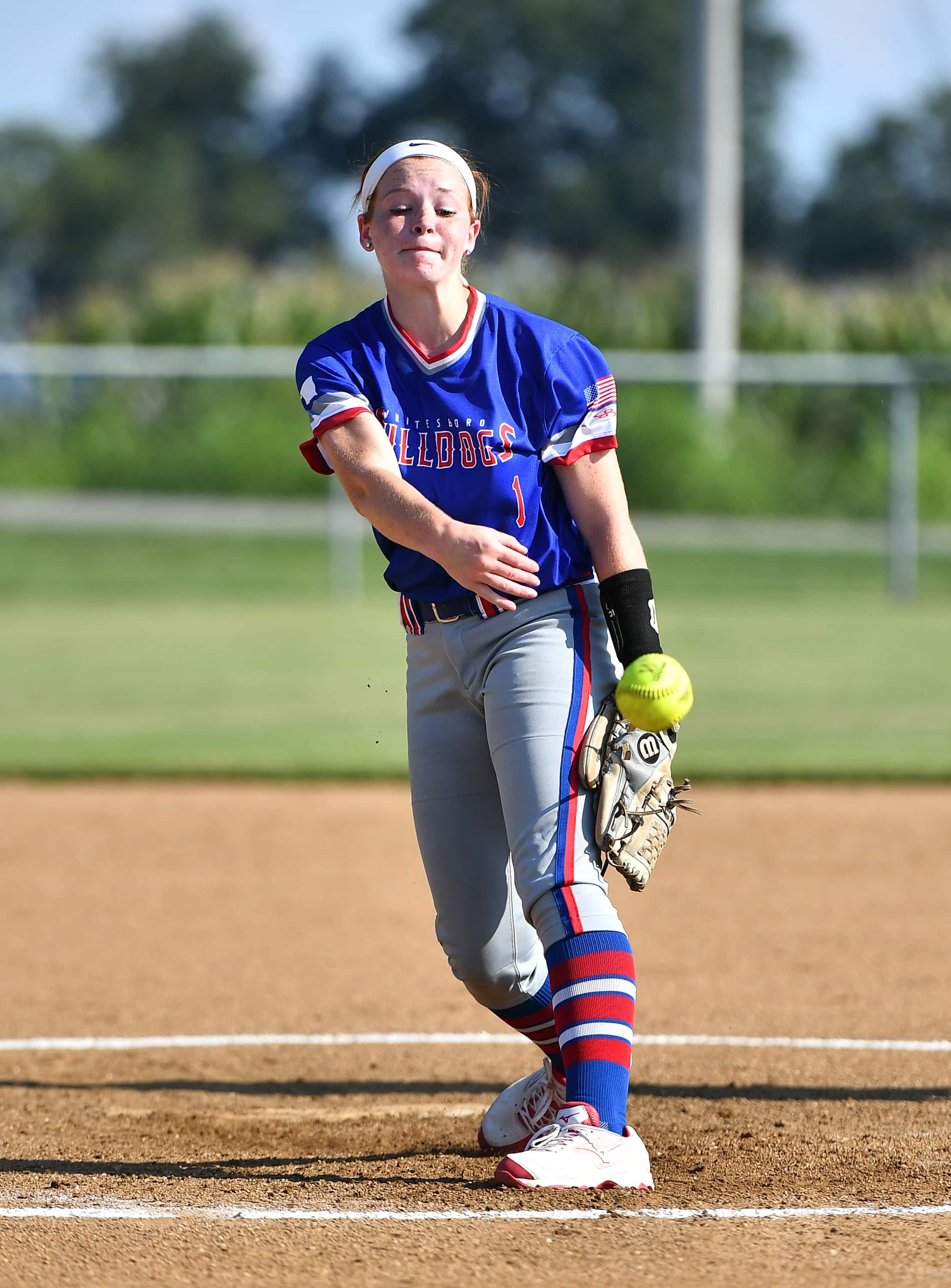 Webbers Falls – After a scoreless first inning in the opening game of three, the Webbers Falls Lady Warriors succumbed to the Whitesboro Bulldogs 8-0 in a two-hit, 9 strike out effort by Bulldogs pitcher Courtney Grey.

Webbers Falls’ Lexie Raskey and Samantha Shanks were the only two Warrior hitters to get to Grey each registering a single.

Brooke Wyatt was in the circle for Webbers Falls. She allowed 8 runs on 11 Bulldogs over the time restraint shortened 5-inning contest.

Grey and Ashley Johnson both registered doubles for the Bulldogs. Johnson, Grey, Hannah Abeyta, Cassie Grey and Darah Cole all had multiple hits in the contest.

In the second game of the day, Whitesboro took on the Keota Tigers and again were successful with Kinley Barron on the rubber. She went three shutout innings allowing just two hits and walking one. She was relieved by Holly Bowman for one inning and Grey closed out the game in the fifth.