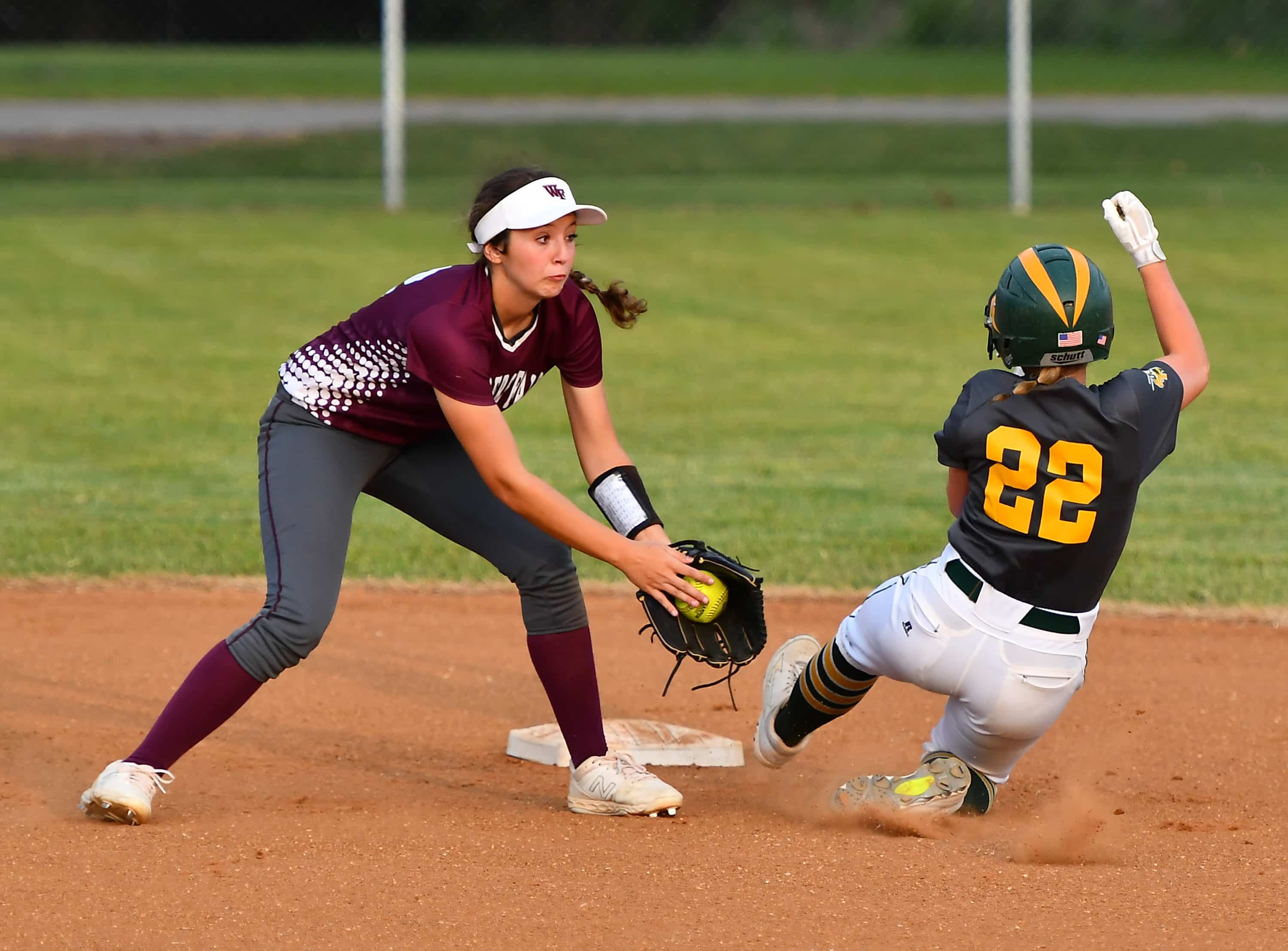 View/Purchase Game Photos
Sign-Up CSSN Subscription
WEBBERS FALLS – The Webbers Falls Lady Warriors (11-3) were host to the Porum Panthers and the Stuart Hornets Thursday afternoon at the softball complex in Webbers Falls. Although an OSSAA Class B team, the 19th ranked Warriors are no stranger to playing up, facing Class A, 2A and 3A opponents in 11 out of 14 contests this season.

In the second game of a double header, Class A 10th ranked Stuart faced off against Brooke Wyatt and the Warriors. Bailey Stewart took the circle for the Hornets and ended up locked in a pitchers dual with Wyatt.

The game, scheduled for 5-innings, was scoreless and continued through seven innings with zeros still on the scoreboard.

In the eighth each team began the inning with a runner on 2nd base according to OSSA rules. With the first shot at making the scoreboard, Stuart Loaded the bases with Braelyn Blasengame, Haili Igou and Emily Collins. Jadyn Dalton, the next hitter finally broke the ice with a single to center field scoring Blasengame and Igou to give Stuart a 2-0 lead.

In the bottom of the inning Lindsey Pierce got the free bag at second for the Warriors. Anistyn Garner reached on an error by the third baseman and Lexi Raskey notched a double to left scoring Garner to put Webber within one.

Samantha Shanks bunted into a fielder’s choice, scoring Garner, and tying the game at two all. After two consecutive walks that loaded the bases the Warriors could not seal the deal when Ashlyn Pense popped out to Stuart catcher Addsyn Dalton.

In the ninth, Harley Bess started with the free pass to second for the Hornets. Sydney Howell advanced her to third with a sacrifice bunt, but Haddie Lindley popped out to short for the second out of the inning. The big blow came from the bat of Gerlyn Haney who tripled to center scoring Bess and Blasengame to put the Hornets out front for good.

The Hornets tacked on two more in the inning to bring it to the final score of 6-2.

Stewart struck out 13 Warriors on 120 pitches over the 9 innings, while Wyatt sat down 6 Stuart batters on 125 tosses.