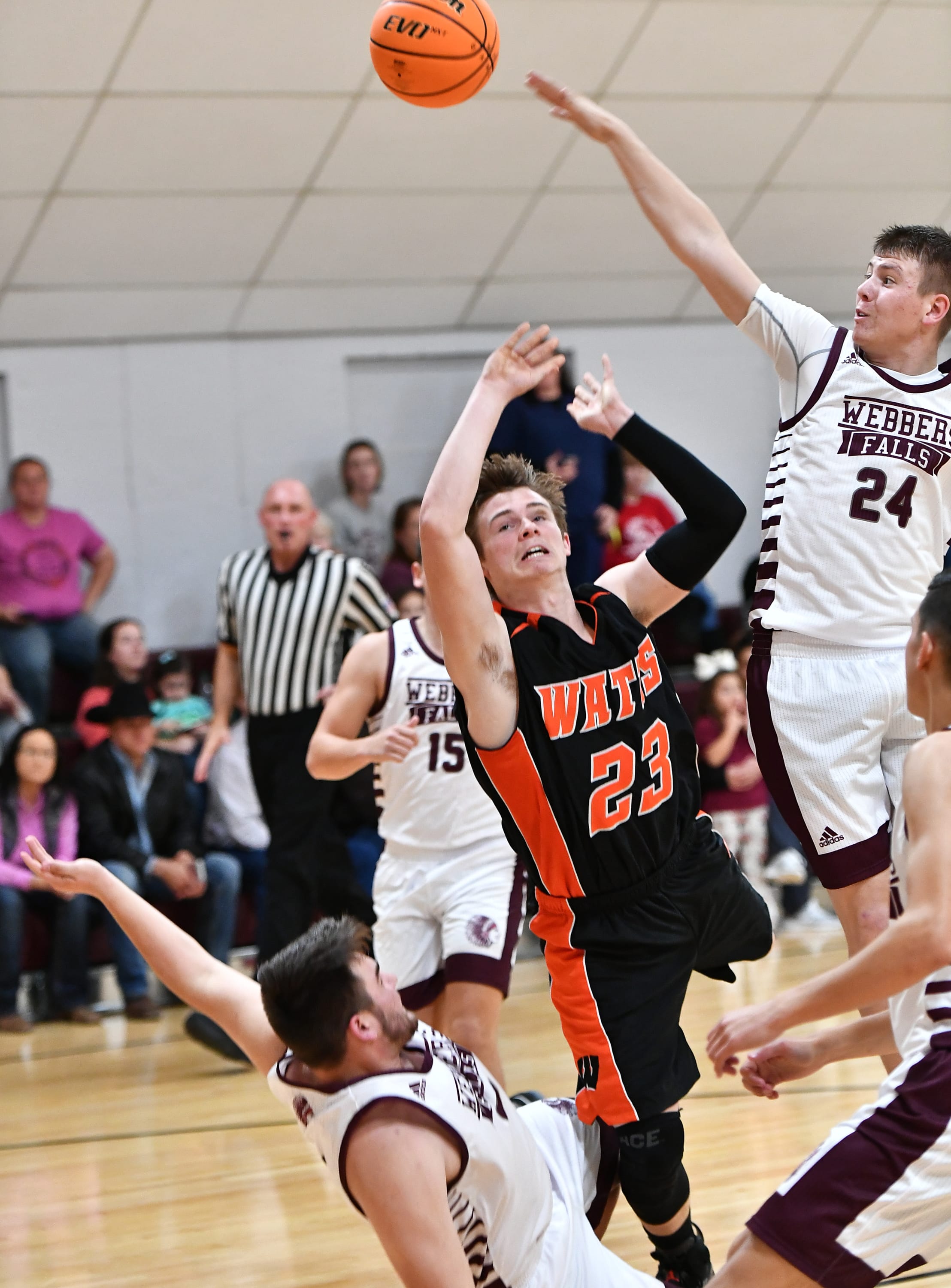 It was an up and down battle all night with the Warriors coming out flat in the opening period and spotting the Engineers a 13 point lead in the first. It wasn’t until the final few seconds that Webbers Falls would get it’s first basket from the floor from Jake Chambers

In the second the Warriors would gain some ground, although not much, and go into the break with a 12 point deficit 28-16.

When the second half opened, it was a different group of Warriors that took the court for the third quarter, scoring 23 points in the period led by Chambers with 8 and Shaun Fuller with 6. By the end of that period the tables had turned, and Webber was up by 5points 39-34.

After a time out early in the final period the Warriors went into a stall game with the 5 point advantage that allowed Watts to climb back in the contest. With 52 ticks left on the clock they were now only up by 1 point. At the 30 second mark Blake Wyatt rimmed out a jumper that was rebounded by the Engineers resulting in a successful free-throw to tie the game at 48 with just 14 ticks remaining.

Colby Dale sealed the deal for Watts sinking one from the floor with 3 seconds left for the 50-48 win for the Engineers. Chambers was high scorer for Webbers Falls with 16, followed by Wyatt with 13 and Fuller with 12.

The Warriors are back in action Friday night against Oaks Mission (2-2) while the Engineers will be off until Saturday when they will host Ozark Adventist.