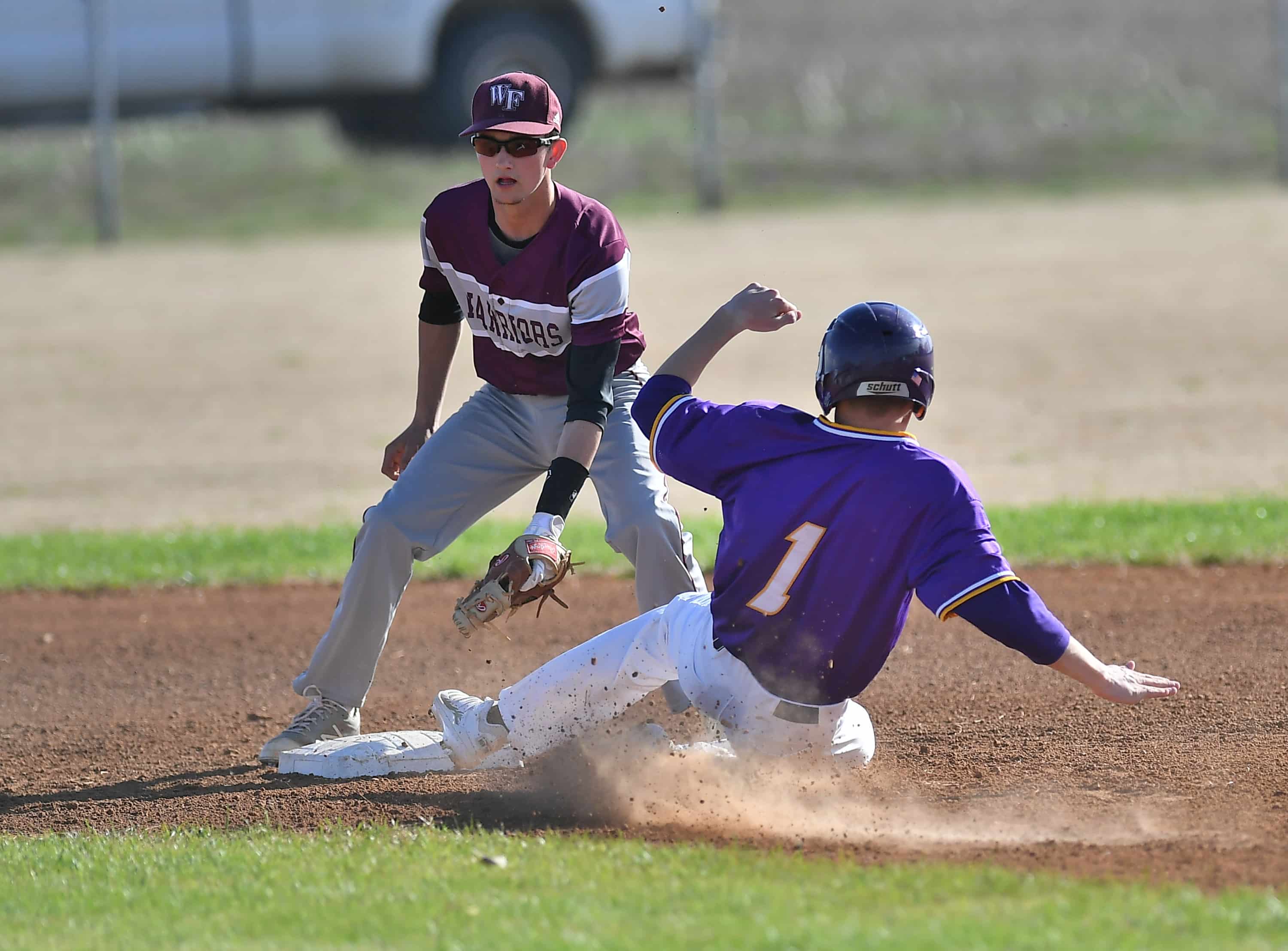 View/Purchase Game Photos
Sign-Up CSSN Subscription
WEBBERS FALLS – The Warriors can’t shake the defensive miscues and got behind early at home against the 2A Central Sallisaw Tigers (1-4) and dropped the contest 7-1.

The trouble started early for the Warriors when the first two batters reached on errors by the 3rd baseman and left fielder. C Lowe followed with a single to short to give the Tigers their first run. A pass ball and a single by Delozier later and it was 3-0 Central before the fans could find their seats.

A sacrifice fly by R Lowe and yet another Warrior error by the shortstop Wade Harris gave Central another two runs before the inning would end to put Webbers Falls in a hole 5-0 before they had a chance to bat.

The Warriors offense had as much trouble at the plate as the Defense had in the field. After a one-two-three opening inning, all strikeouts, and another one-two-three 2nd, Kyle Coleman finally singled for the Warriors but unfortunately that was followed by yet another two strikeouts. Coleman eventually would score Webbers Falls only run of the game in the bottom of the third on an error by the Tigers 3rd baseman.

Central’s pitcher Renfro held the Warriors to 2 hits while striking out 12 over the five innings. Bobby Tripp tossed one inning for Webber allowing 3 hits and 5 runs, none of them earned, and struck out one. Tony Messer who came in in relief struck out 6 Tigers and allowed 2 runs on 4 hits.

The Warriors will travel to Gans on Monday and Central will stay on the road to take on the Heavener Wolves Friday.