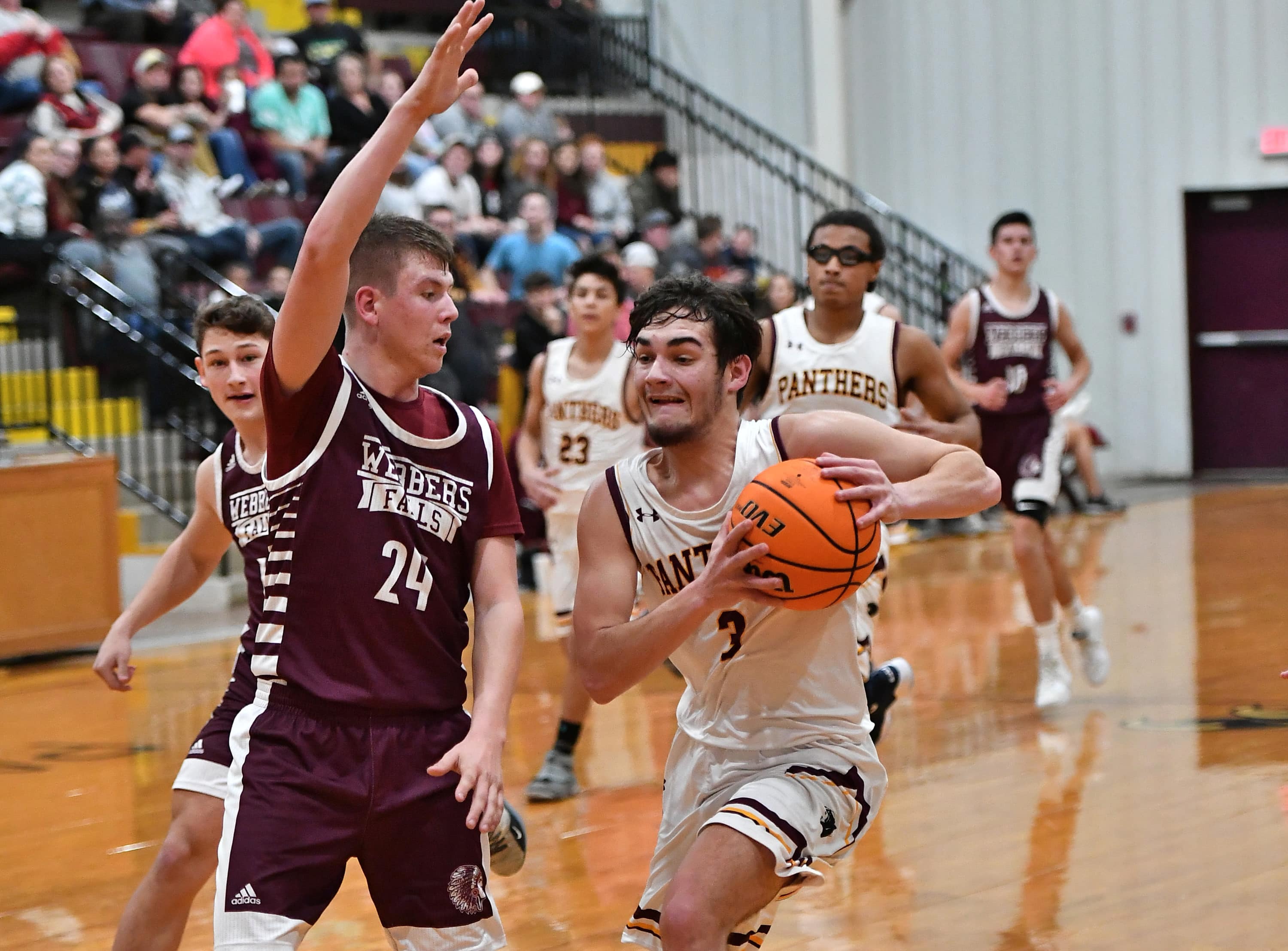 View/Purchase Game Photos
Sign-Up CSSN Subscription
PORUM – It was a steady charge by the Webbers Falls Warriors that led to a 20-point win Tuesday night at Porum, 57-37.

The Warriors jumped out in the first period on the efforts of Austen Carter, Shawn Fullen and Dylan Jarrard scoring 15 points in the opening session. Carter led the way with 8 points (two treys), Fuller followed with 4 and Jarrard with his first of five three pointers. To give Webbers Falls a 15-6 first quarter lead.

The Panthers only push came in the final period when the scored 18 points, led by Coby Mckee with six and Eli Benton with six. Benton’s buckets were both treys from beyond the bonus stripe.

Jarrard was the top scorer on the night with 20 points that included five treys and Fullen was also in double figures with 10 points.

The two teams will meet again this Friday at Quinton in the first round of District playoff, with the winner to go on to face 20th ranked Quinton (18-4) on Saturday for a chance to advance to the OSSAA Regionals next week.