Warriors Come Up Short to Chieftains 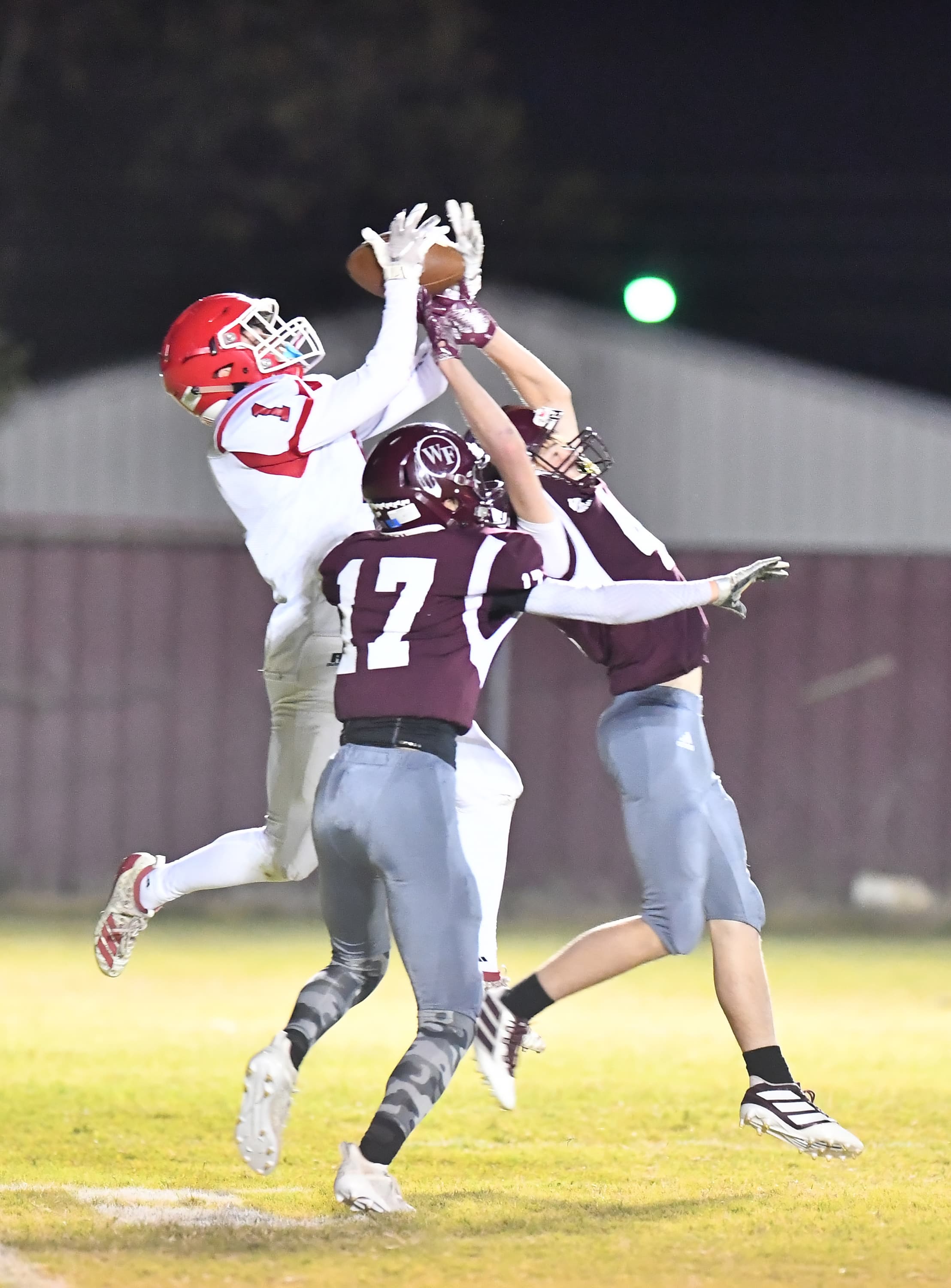 View/Purchase Game Photos
Sign-Up CSSN Subscription
WEBBERS FALLS – Homecoming could have been better for the Webbers Falls Warriors at Smokey Cox Stadium when they came up short in their conference contest with the Wetumka Chieftains Friday night 34-20 in front of a cold but enthusiastic crowd.

On Paper, the match up between the Chieftains (3-5, 2-1) and the Warriors could not be any closer. Wetumka is ranked #48 by MaxPreps while Webbers Falls (4-4, 0-3) is #49. Each team has had its difficulties over the past few weeks, both with lopsided losses to division leading Quinton.

Friday’s contest opened like a Chieftains blow-out when on just the second play, Alex Freeman broke away over the left end for a 50-yard Chieftains score. After a Warriors 4th down attempt was unsuccessful, Wetumka took over on the Webber 45 yard line. Two plays later it was Freeman again this time over the right end for yet another Chieftains score. Both 2-point tries were unsuccessful, and the Wetumka led 12-0 just 5 minutes into the game.

The Warriors began to climb back in it when Maddux Shelby’s firs pass attempt of the game found Josh Mason for a 55-yard gain. The Warriors would score three plays later with a Mason 2-yard plunge into the end zone. A failed 2-point try cut the lead in half.

The ensuing kickoff saw the Chieftains at the Webber 20 yard line when Chole Wright scampered 50 yards with the return, but the drive ended with a failed 4th down attempt and a turnover on downs to end the quarter.

Two minutes into the second period, Freeman was in the end zone again for Wetumka, this time with a 3-yard scamper. A successful 2-point try made it 20-6.

After a series of penalties for Wetumka and two scores called back for holding penalties, the half ended with a 20-6 Chieftains lead.

Coach Trent Holt must have lit a fire under the Warriors at halftime. Webbers Falls opened the second half with a 30-yard scoring run plus a successful 2-point try the gap closed to 20-14.

Next up was Stryker Chappell for the Warrior who was on the receiving end of a 30-yard halfback pass for a score to tie the game at 20 in the fourth quarter.
It was here where the Warriors ran out of gas. The next Wetumka series found Freeman in the end zone again to retake the lead for the Chieftains. Maddux added another score near the end of the contest to give Wetumka their third win with a 34-20 final score.

Webbers Falls will travel to nearby Porum next week, while the Chieftains return home to take on Dewar in a District contest.