Warriors 2nd Quarter Burst Too Much for Panthers 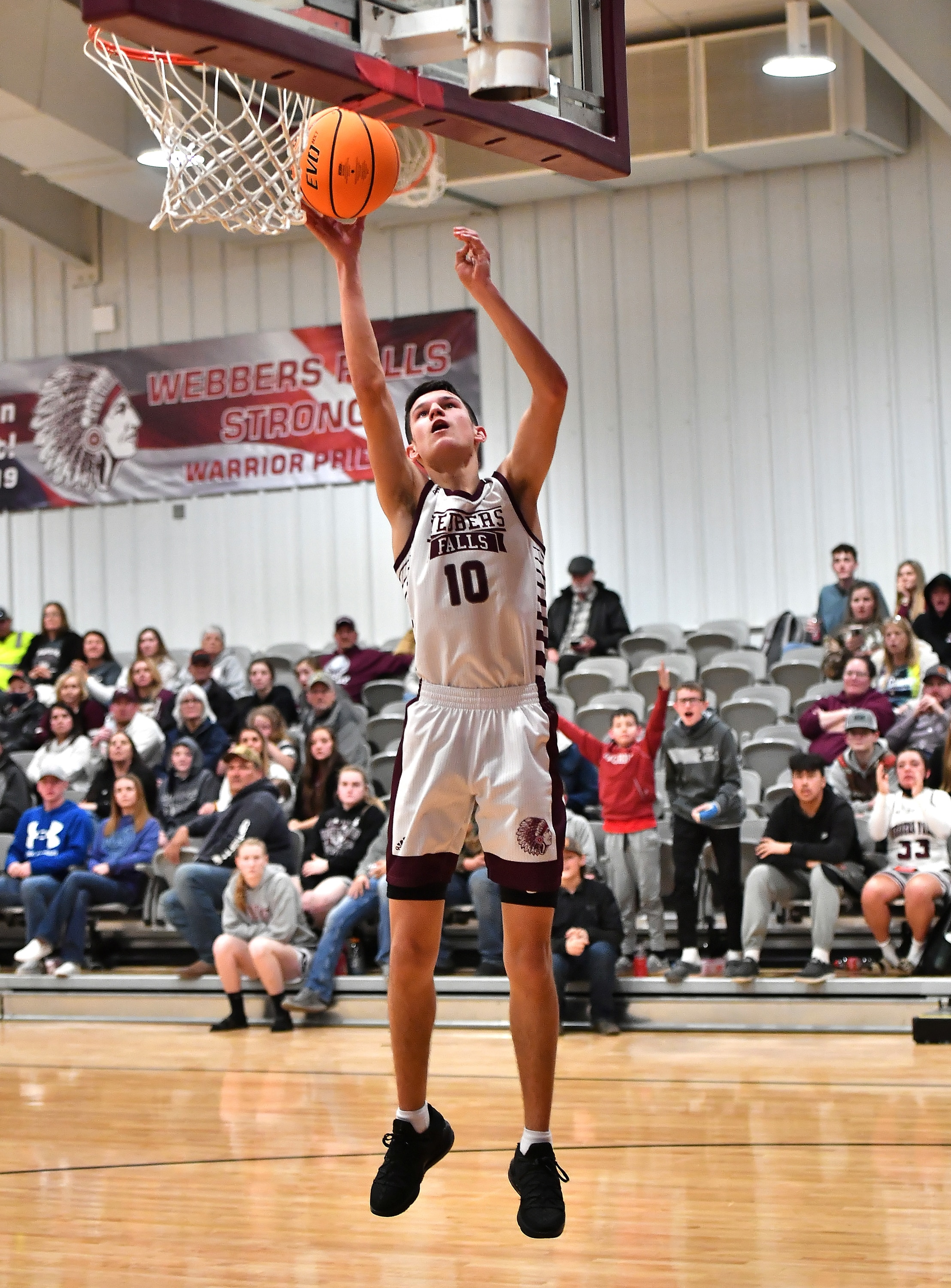 View/Purchase Game Photos
Sign-Up CSSN Subscription
WEBBERS FALLS – A fairly even contest turned into a rout late in the first half Tuesday night, when the Webbers Falls Warriors (5-6) put together a 13-point run late in the second period to top the 4-7 Porum Panthers 65-45.

After an opening eight minutes that saw the two teams within 4 points, 19-15, Webbers Falls went on a run that ended with a 36-18 Warrior advantage at the half from which the Panthers could never recover.

The second half returned to an even contest with Webbers Falls only gaining 2 points 29-27 in the final 16 minutes but the Warrior surge in the first half sealed the deal for Webbers Falls.

Camden Chappell was top point getter for Webber with 19 points. Jake Chambers was next with 10 and Dylan Jarrard just misses double figures with 8.

The Panthers top man was Micjael Johnson with 14 points and Mikey Wright was right behind with 12.

Porum will remain on the road Friday night when they travel to Gans and the Warriors will go to Mccurtain to face the Bulldogs.