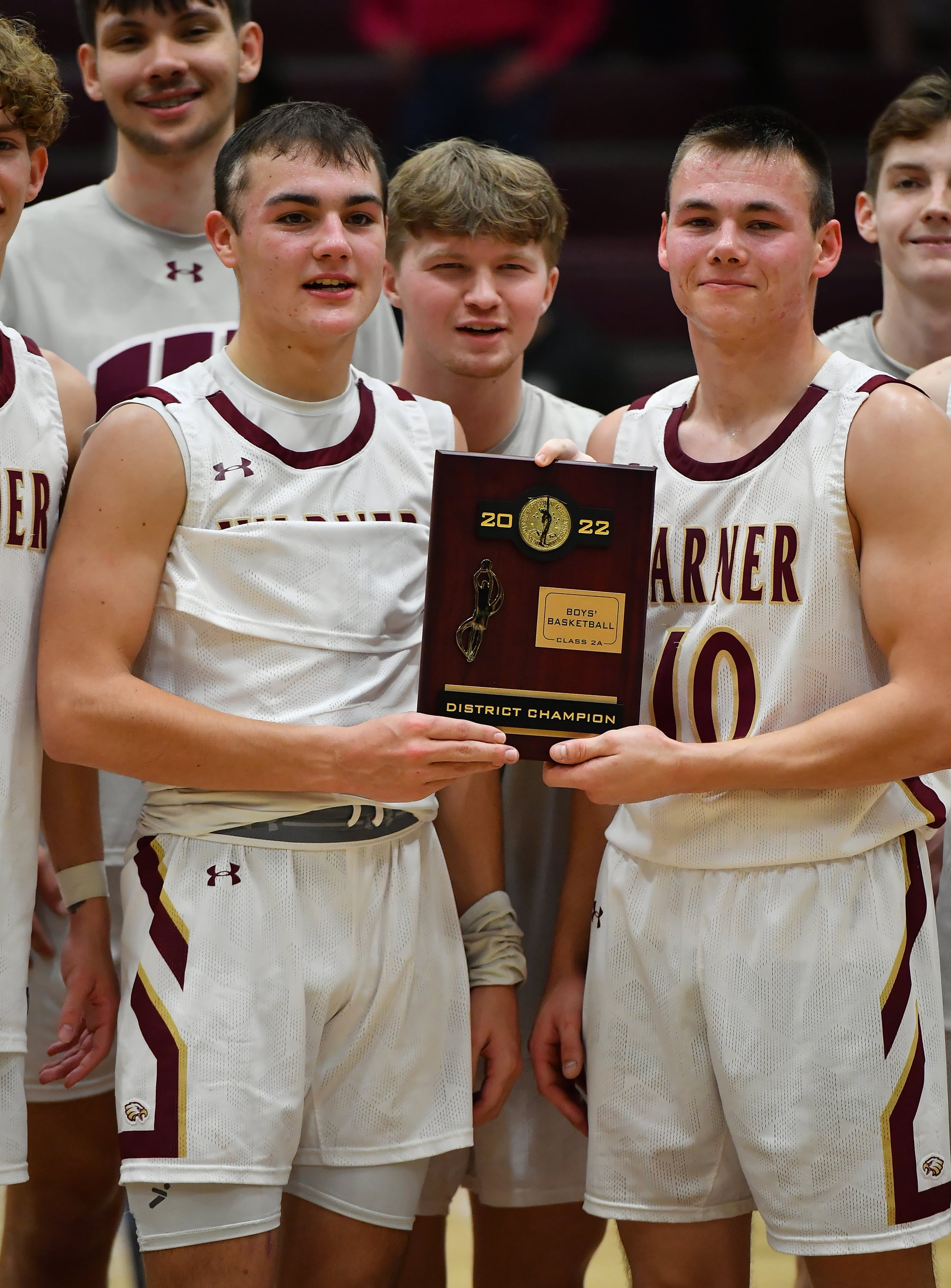 Warner opened up a 13-7 lead after the first quarter, by virtue of controlling the offensive boards, but the Ironmen went on an 8-2 run to tie the game at 15. A 3-pointer by Skyler Steven gave Nowata their first lead at 18-15.

The Ironmen stretched that lead to seven early in the third before Warner put up nine straight points to take back the lead by 2, 33-31 with 2:40 to play in the third.

After the Ironmen got the first bucket of the final period, the Eagles went to work and ran off seven straight including a pair of crucial buckets by Blake Ellis to take a 43-38 lead.

The Eagles defense limited Nowata to just six points in the final session while forcing four turnovers\. The offense added an additional four points for the final 5-point margin.

Hayden McElyea led all scorers with 15 points for the Eagles (10-11) and Swallow added 10. Jace Thompson led Nowata with 13 points.