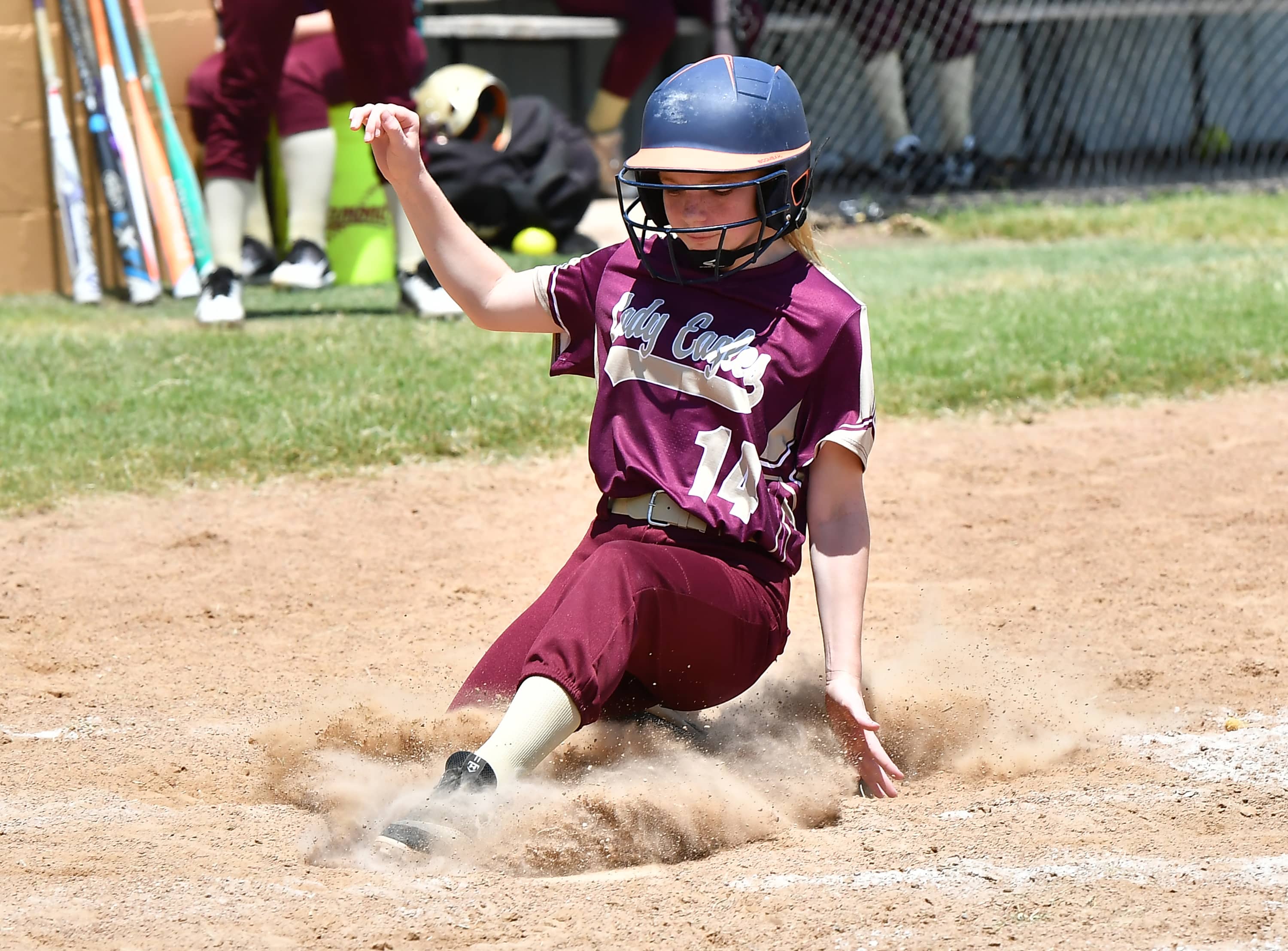 Warner – It was Junior High day at Warner softball field with four matchups scheduled. The second game of the day featured the hosting Warner Lady Eagles against the Checotah Wildcats. The Junior High Wildcats are at the moment, skipper-less with the retirement of last year’s coach. The Wildcats are in search of a new skipper for the 2019 fall season.

Wednesday’s contest against the Eagles was an instructional game for a very young Wildcat group that is temporarily led by volunteers who are teachers from the school. The interim coaches said they are doing it for the girls, who would not get to play if someone didn’t step up to the plate to allow them to participate this summer.

The Eagles took command early to top Checotah in the second half of their back-to-back day, but it was a young second baseman from Checotah who had the defensive play of the game with a line-drive grab and throw to second for a nifty Wildcat double play.