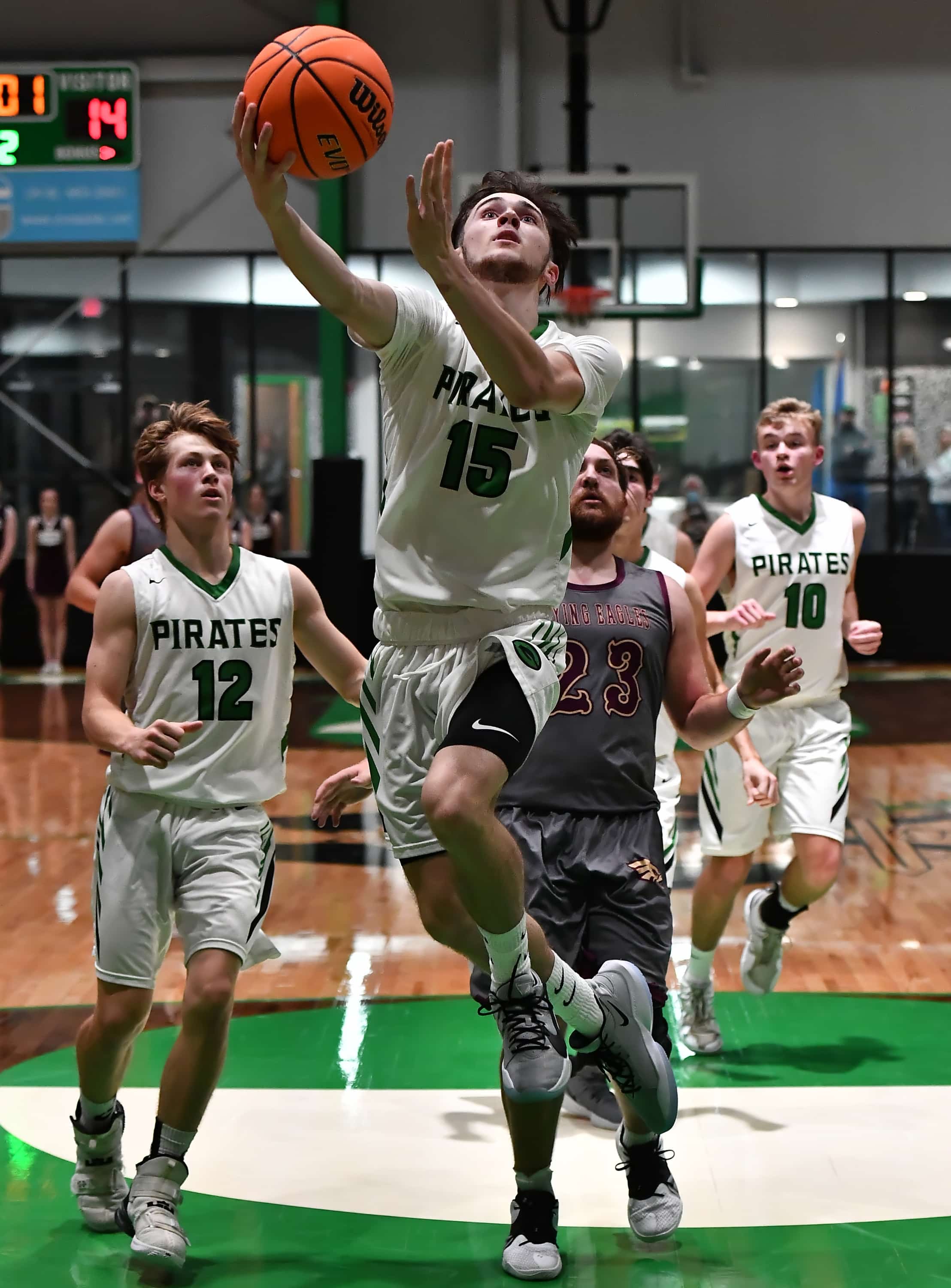 View/Purchase Game Photos
Sign-Up CSSN Subscription
GORE – What started as a lopsided score turned into a back-and-forth battle with the Warner Eagles (1-1) coming out on top 53-49 over the 0-1 Pirates.

The opening period was all Eagles as they opened up a 13-5 advantage on rout to a 25- 16 halftime lead.

The Pirates who started slowly in the first half got things going in the third quarter by knocking down 3-pointers from Brock Warren, Jackson Duke and Brady Thomas and taking advantage of Warner fouls with another 4 points from the foul line.

It was the final period that brought the fans to their feet when the Pirates got within 2 points at 5:26 and finally took a 39-38 lead with 4:25 remaining in the game.

Gore was able to keep the one-point advantage until late in the final period when the Eagle pressure proved to be too much, and Warner took over for good and ended the contest with a 4-point win 53-49 win.

The Pirates return to action at home Tuesday night against Okay who have both of their opening two games postponed, and Warner will attempt to keep the winning streak going that same night at 4A Muldrow (1-0).