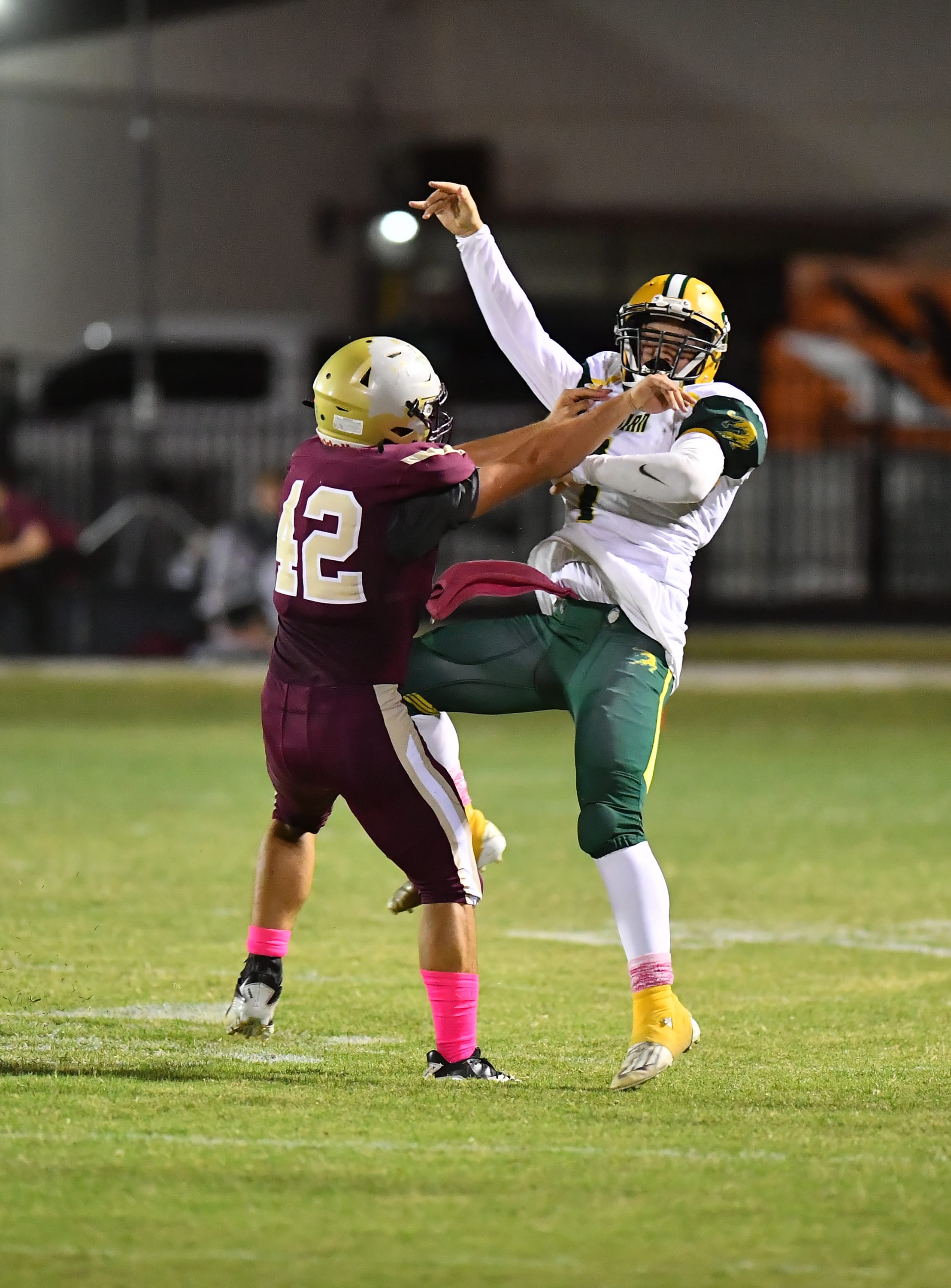 From the beginning of the game Warner took charge when on the very first Canadian play Wayne Gleese intercepted a Cougar pass and returned it to the 3-yard line. One play later Mason Jim ran through a huge hole on the left side of the line and went untouched for the first of eleven Eagle touchdowns.

Less than 3 minutes into the game Jim would register his second of the night on another rush from inside the 10 yard line.

Four minutes later it was Jim again with 4:44 still remaining in the first quarter for his third touchdown of the period and a 21-0 Eagle lead.

With :22 remaining in the opening period, quarterback Jace Jackson faked a hand-off to Jim and took it to the end zone himself for the fourth Warner score of the quarter.

Jackson added another with 10:20 left in the half on a rush for his second on the night and the Eagles fifth for a 35-0 Warner advantage.

Not to be outdone by Jim, Jackson scored his third of the half with 7:48 remaining in the half. The extra point try was no good and the Eagle lead was 41-0.

Warner would go on to score 2 more touchdowns before the half would end, one by Jim for his fifth of the night, and one on a pick-six interception. At the end of a lopsided first half the Eagles would take a 55-0 lead into the locker room.

The Warner defense was outstanding for the game in shutting out the Cougars and not allowing a single first down for the entire game. In fact, Canadian ended the game with negative yardage for the contest.

In the second half with the game safely in tow, coach Rafe Watkins facilitated his lesser played players to finish the game with a running clock.

Despite the fast moving clock Warner, with Cole Mayfield calling the signals, put the ball in the end zone three more times to complete the 76-0 shutout. Mayfield and Caden Thompson provided two of the three scores.