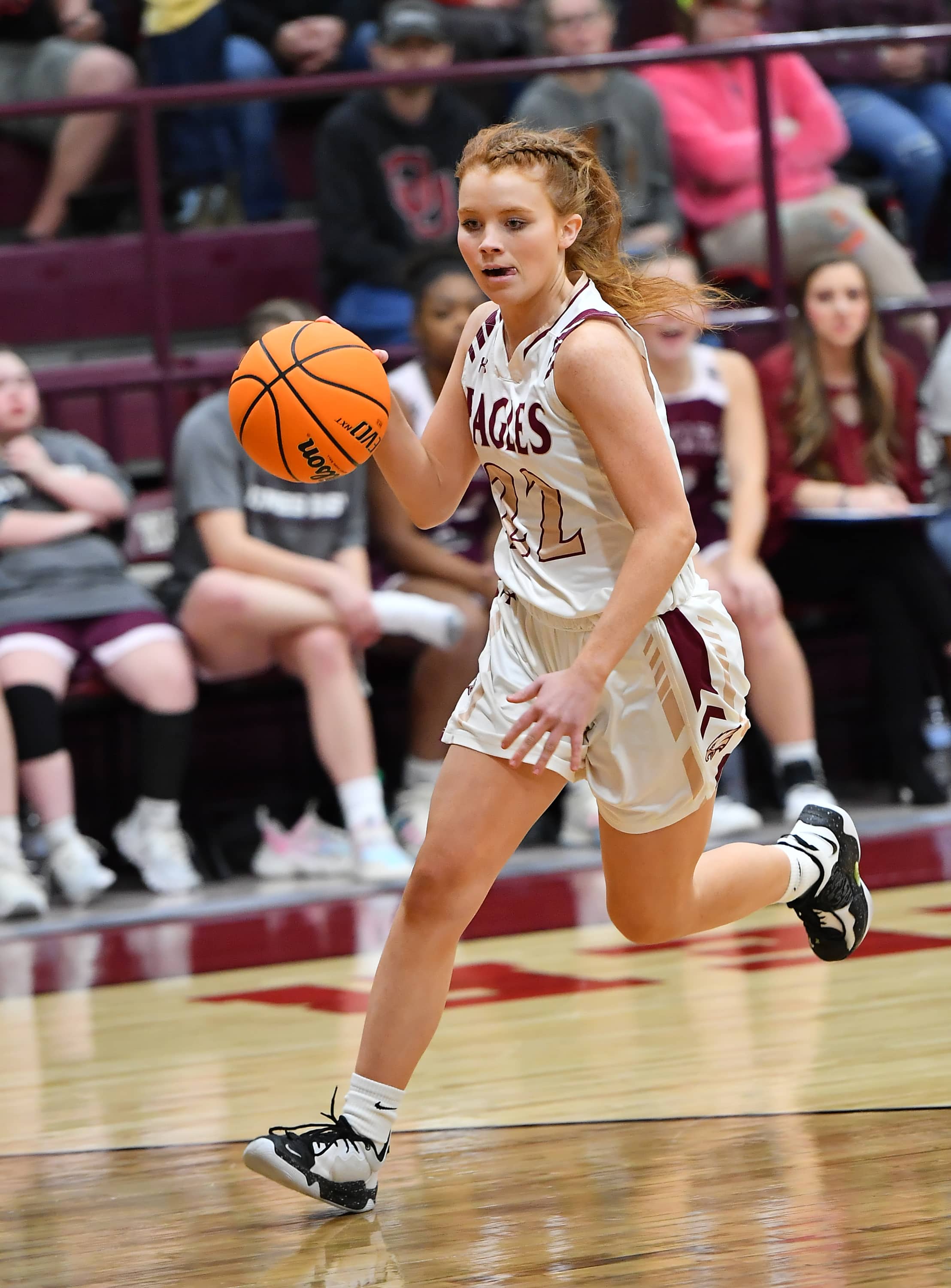 WARNER – The 10th ranked Warner Lady Eagles (16-5) ran away from the Nowata Lady Ironmen right from the tip-off to take the Class 2A District 2 title 55-26 on their home court Saturday night.

Outstanding sophomore Alexis Fowler led the way for the Lady Eagles scoring 24 points on the night including 9 in the opening quarter to give Warner a quick 18-6 jump start in the opening eight minutes.

Fowler had two on the night from beyond the bonus stripe for 3’s. Harley Chesser and Jordan Jackson also hit from long range, with Jackson being the only other Lady Eagle in double figures with 11 points.

The loudest cheer of the night came late in the fourth when the smallest girl on the court, Nowata’s Tori Tanner scored three times late including a buzzer beater.

Both teams will advance to the regionals to be held at Nowata Thursday. Warner will face #17 Caney Valley (18-5) in the winners bracket and Nowata (7-13) draws Commerce (12-9) in the consolation bracket.