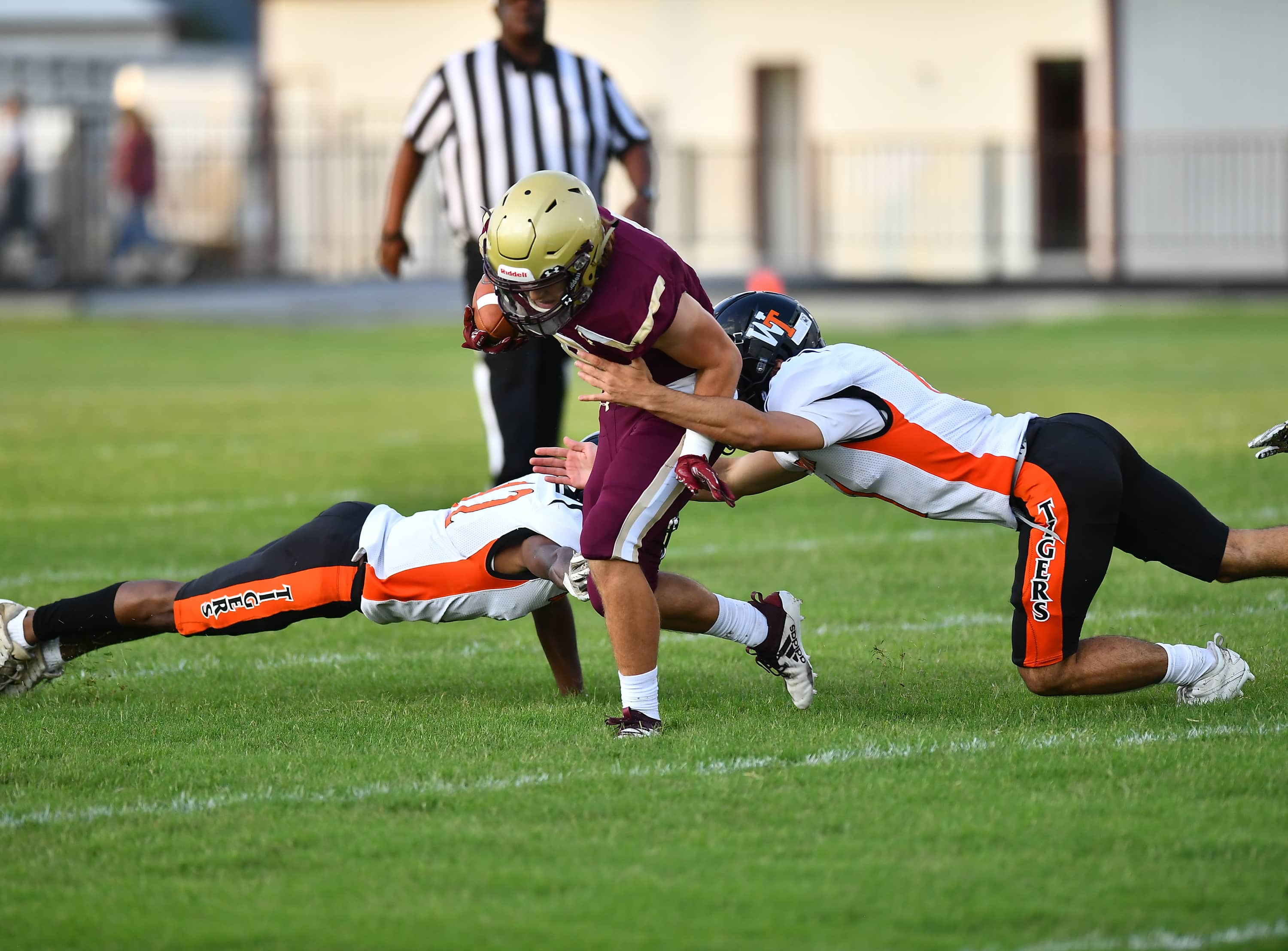 View/Purchase Game Photos
Sign-Up CSSN Subscription
WARNER – The Eagles (1-1) were forced to find a replacement for 2A Henryetta Friday on Senior night. Coach Capps quickly arranged a game with 12th ranked Wewoka who also had a late cancellation. The 2A Tigers came in with a season record of 1-0 and were in control for the entire contest.

Kobey Stevens and Kaleb King were a 2-man senior wrecking crew for Wewoka. The two combined for 5 touchdowns in the contest to give the Tigers the 36-0 win.

As the game opened Warner matched up fairly well with Wewoka but as the first half progressed the Tigers began to pull away. Wewoka opened the scoring on a Stevens to King pass for a score. The extra point was no good and the Tigers took a 6-0 lead.

Stevens hit paydirt next with a 40-yard scamper down the left sideline near halftime. With a successful 2-point conversion Wewoka took a 14-0 advantage to the locker room.

The second half was all Tigers. Stevens and King tacked on three more scores for the 36-0 win.

Wewoka will tee it up again next Friday when they travel to 3A Seminole to take on the Chieftains and the Eagles hit the road to challenge the (0-1) Chouteau-Mazie Wildcats before district play begins September 25th.