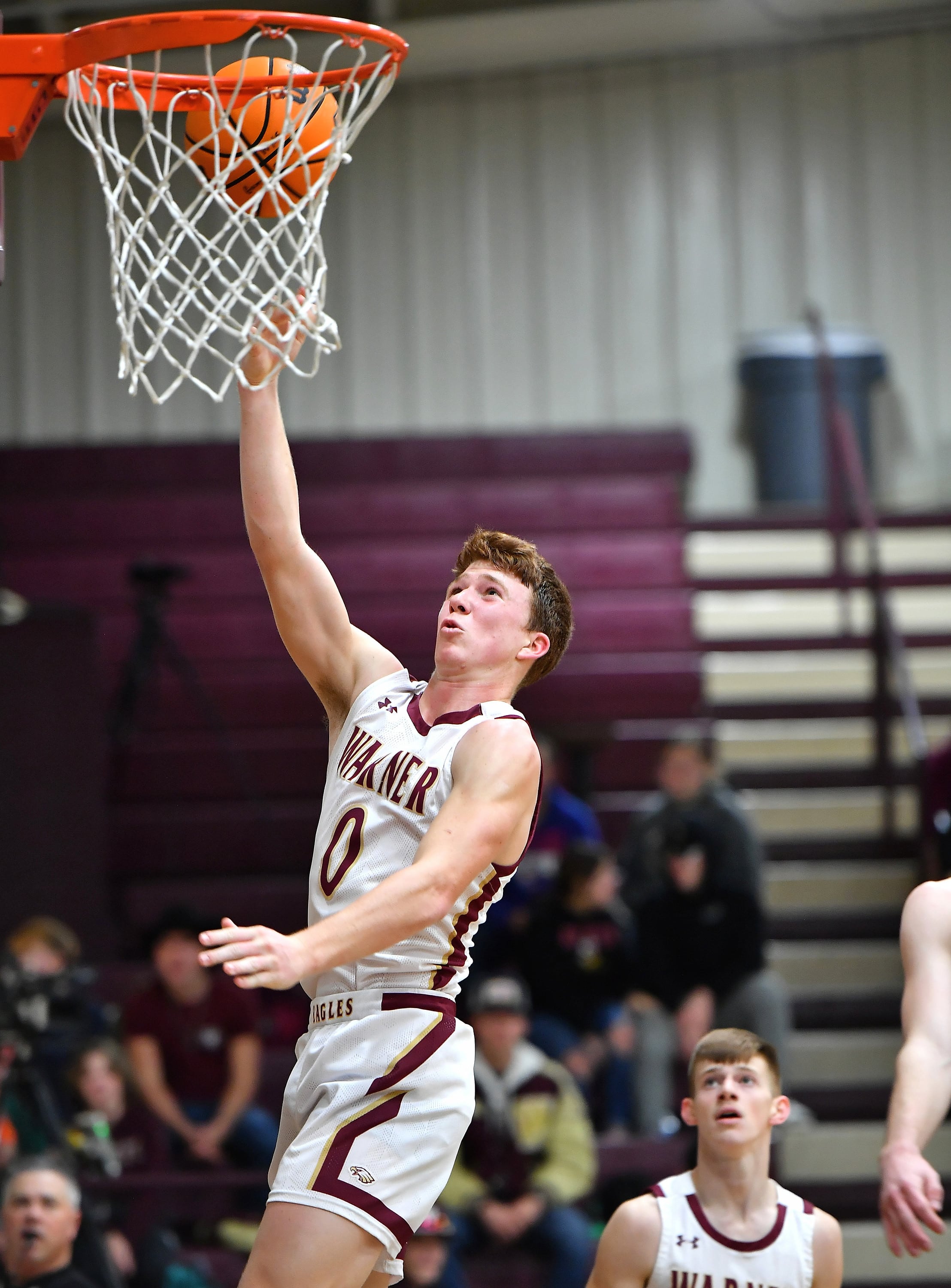 WARNER – Once down by as many as 17 points, The Warner Eagles got within 1 of the Morris Eagles late in the fourth quarter but ended up with the short straw 49-44.

Morris jumped out in the opening period 14-9 and widened their lead to 40-26 by halftime. Warner was kept mostly to the outside by a determined Morris defense.

In the second half, Warner figured a way to get the ball inside and stayed with the Morris Eagles. In the final period Jace Jackson rallied Warner scoring 12 of his 21 points in the final eight minutes. At one point, after a Morris technical foul, Jackson brought Warner within 1 with less than 2 minutes remaining.

Blake Ellis was the only other Eagle in double figures with 16 points.

Morris made the final push and held off Warner 49-44 to advance in the Winners bracket.

Jerrik Raines led the way for Morris with 17 points. Cody Smith was the other Morris Eagle in doubles with 12 on the night.