Warner Eagles fall to Razorbacks by 10. 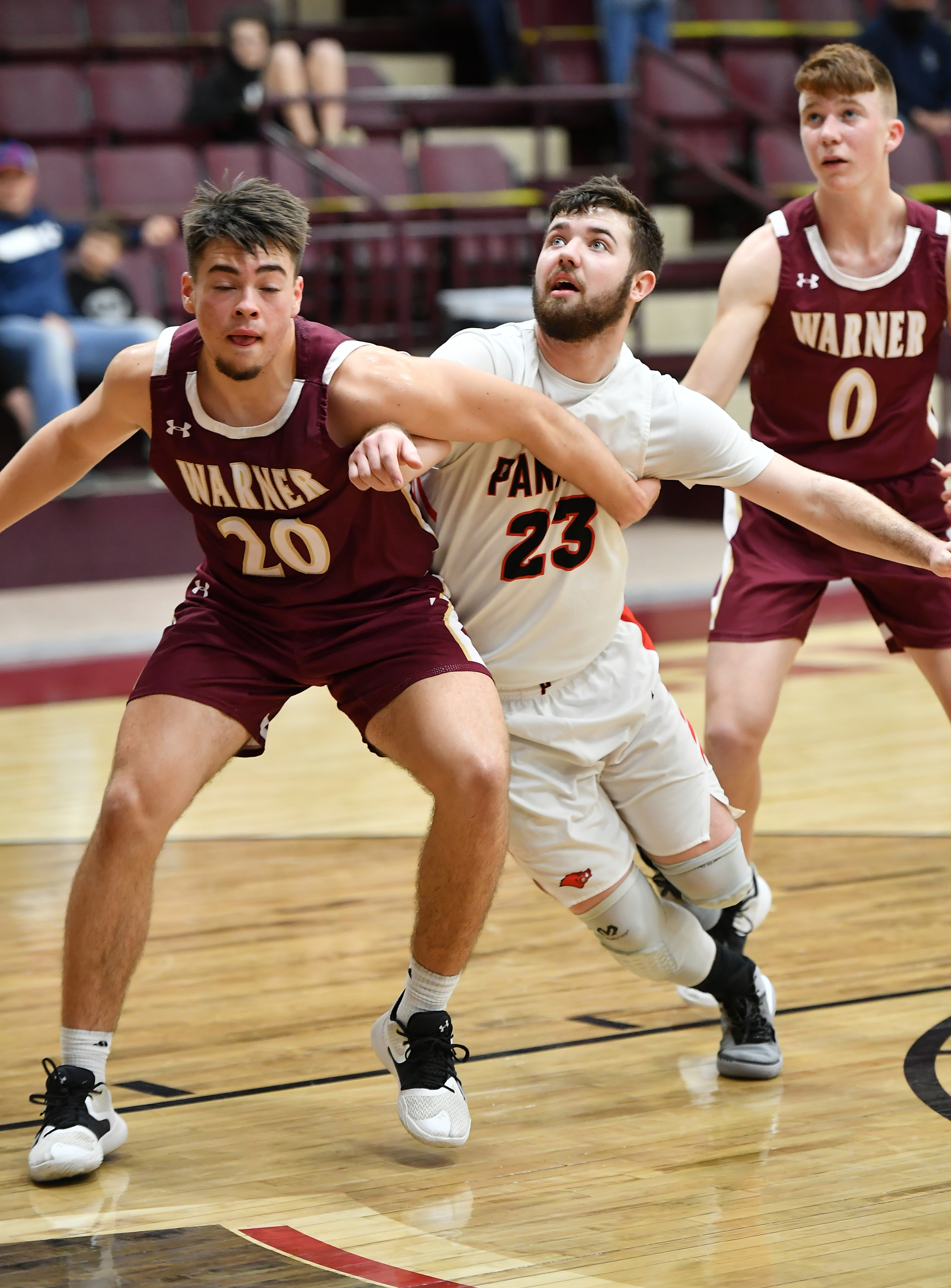 View/Purchase Game Photos
Sign-Up CSSN Subscription
WARNER – The Warner boys came up short Thursday to the Panama Razorbacks 51-41 and were eliminated from to 2021 OSSAA playoff tournament.

The second half was more of the same with Warner managing just 8 points in the third. The Eagles did rally a bit in the final period with 15 points, but it was too little too late.

Landon Swallow and Jace Jackson were the only Eagles in double figures with 11 points each.

Panama was led by Jaggar Phillips who accounted for 32 of the Razorbacks 51 points. Bryce Tackett was the other Panama shooter in double figures with 11.

Panama will move on to take on Wilburton Friday in the consolation bracket for a chance to move on to the Area tournament in Seminole next week.