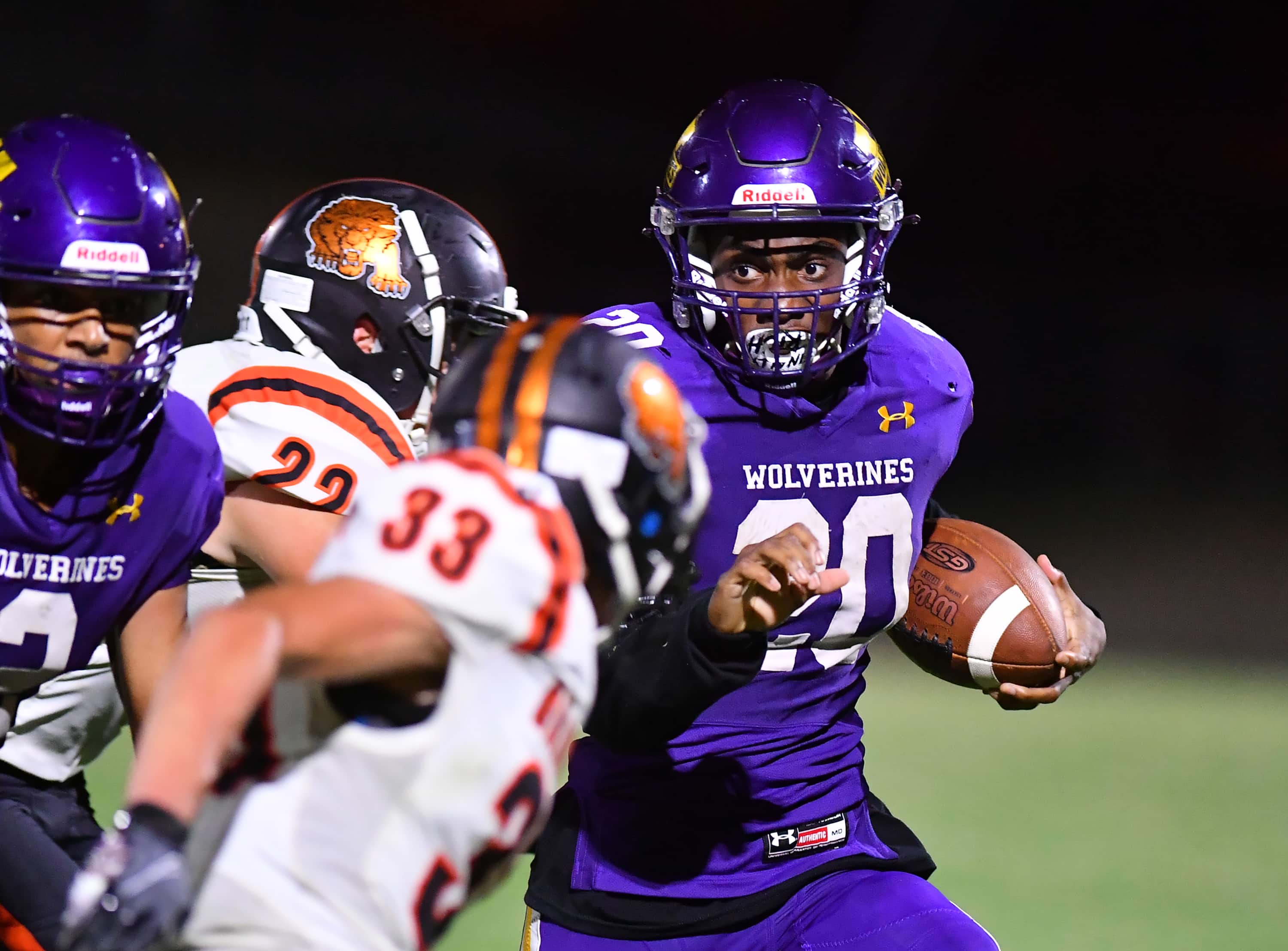 View/Purchase Game Photos
Sign-Up CSSN Subscription
VIAN – The Wolverines warm up for the 2021 season started on a positive note by blanking the Gravette (AR) Tigers 37-0 in front of a large enthusiastic hometown crowd.

It seems this years edition of the purple gang is a bit different from the past, in that the air attack is a bit more prevalent. Diego Ramos was on target with his passing attack that accounted for one of the 5 TD’s and 201 yards on the night. It was the opening score of the second half with a toss from Ramos to tight end Xavin Lackey to take the score to 28-0 in favor of the Wolverines. Lackey was the top receiver with a 98 yard total.

The running attack is still alive and very well thanks to the efforts of the dual threat of Gage Carlton and Desean Mays. Carlton opened the scoring with a rushing TD with 4:30 remaining in the 1st quarter and Mays added two more on the ground in the first half for a 21-0 Vian lead at the break. Mays broke the 100-yard mark with 103 total rushing yards for the game and 3 touchdowns on the night.

After Lackeys second half opening score kicker Noah Mendoza added a defensive tally with a safety when he downed Lions quarterback Junior Rhett Hilger in the endzone for two points with just under 5 minutes remaining in the third quarter.

On the next series, after a bad snap and recovery by Vian’s Ramos on the Gravette 5 yard line, Mays capped off the scoring with a 1-yard plunge to make it 37-0 Wolverines.

Vian will open their regular season next week on the road at Eufaula when they take on the Ironheads.