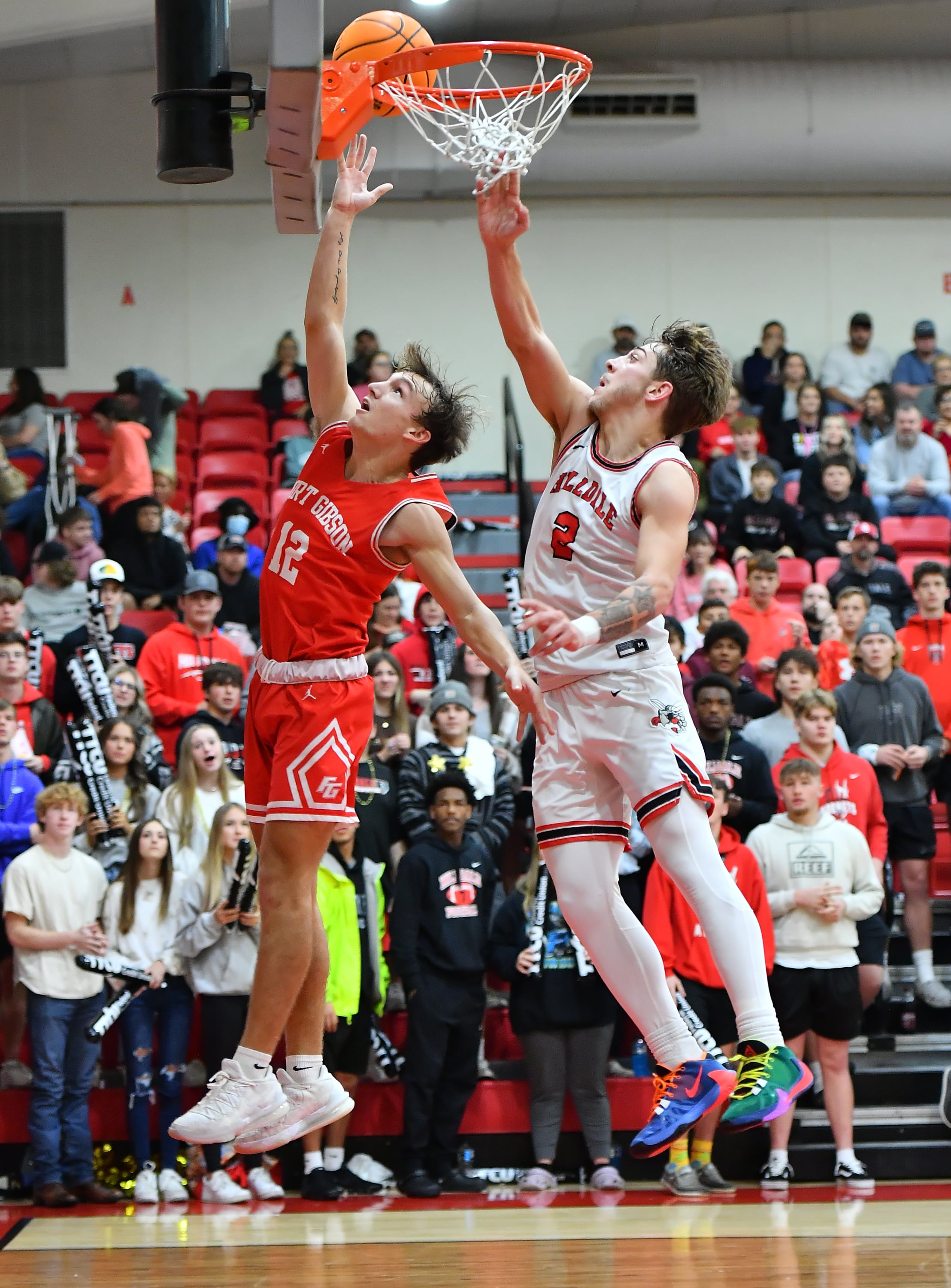 HILLDALE – It’s been a up and down start to the season for the Fort Gibson boys so far. That’s kind of how Seth Rowan’s night went.

After an 8-point opening quarter, Rowan went cold, missing seven shots over the next two periods. But it was his five fourth-quarter points that made the difference down the stretch as the Tigers beat Hilldale 62-60 Friday night at the Hilldale Event Center.

Rowan’s 3 with 1:23 to play put the Tigers (5-2) up 60-59 in a game they trailed by six on multiple occasions and as many as eight at one time.  After his 3, Hilldale’s Ty O’Neal drew a foul from Weston Rouse, his fifth, ending his night with 24.2 left. He made the first, missed the second, which Rylan Nail rebounded. Brayson Lawson’s subsequent shot was off the mark and Nail fouled Rowan, sending him to the line. Rowan’s free throws with 15.5 left made it 62-60.

After a Hornets’ timeout, O’Neal knocked out the other Tiger in foul trouble in Jaiden Graves, going to the line with 6.7 seconds left. He missed the first, prompting another timeout by Hilldale coach Scott Hensley to reassess.

Back at the line, O’Neal missed the second free throw. The Hornets had a last-gasp shot and Rowan came down with the rebound as the buzzer went off.

“Even if we make the second, we’re down one. If we make it and foul, we have a chance. But we had a bigger lineup in, and we got another shot. It didn’t go in and that’s how it goes sometimes.”

For Rowan and the Tigers, it was exhilaration.

“I needed to help my team,” Rowan said. “I’ve been waiting for this game for a long time.”

At least, that is, since the heartbreaking loss he experienced to end the regular season in football. This one merely ended the pre-holiday portion of both team’s schedules.

“We’ve got an experienced group that’s been in a lot of big games, been in area tournament games, some in finals. This could have gone either way,” he said. “Our guys were ready on the bench when their number was called and that’s what it’s about.”

That became necessary when Graves went to the bench with 5:20 left in the third, and Rouse got his fourth with 3:28 to go in the quarter. The Hornets had a 38-30 lead on Nail’s putback to start the third off Logan Harper’s missed 3, but the shorthanded Tigers held on and cut it to a one-point game, 45-44, going to the fourth.

Rowan’s 13 points were edged only by Jaxon Blunt with 14. Also for the Tigers, Ethan Briggs had 12 points and 10 rebounds.