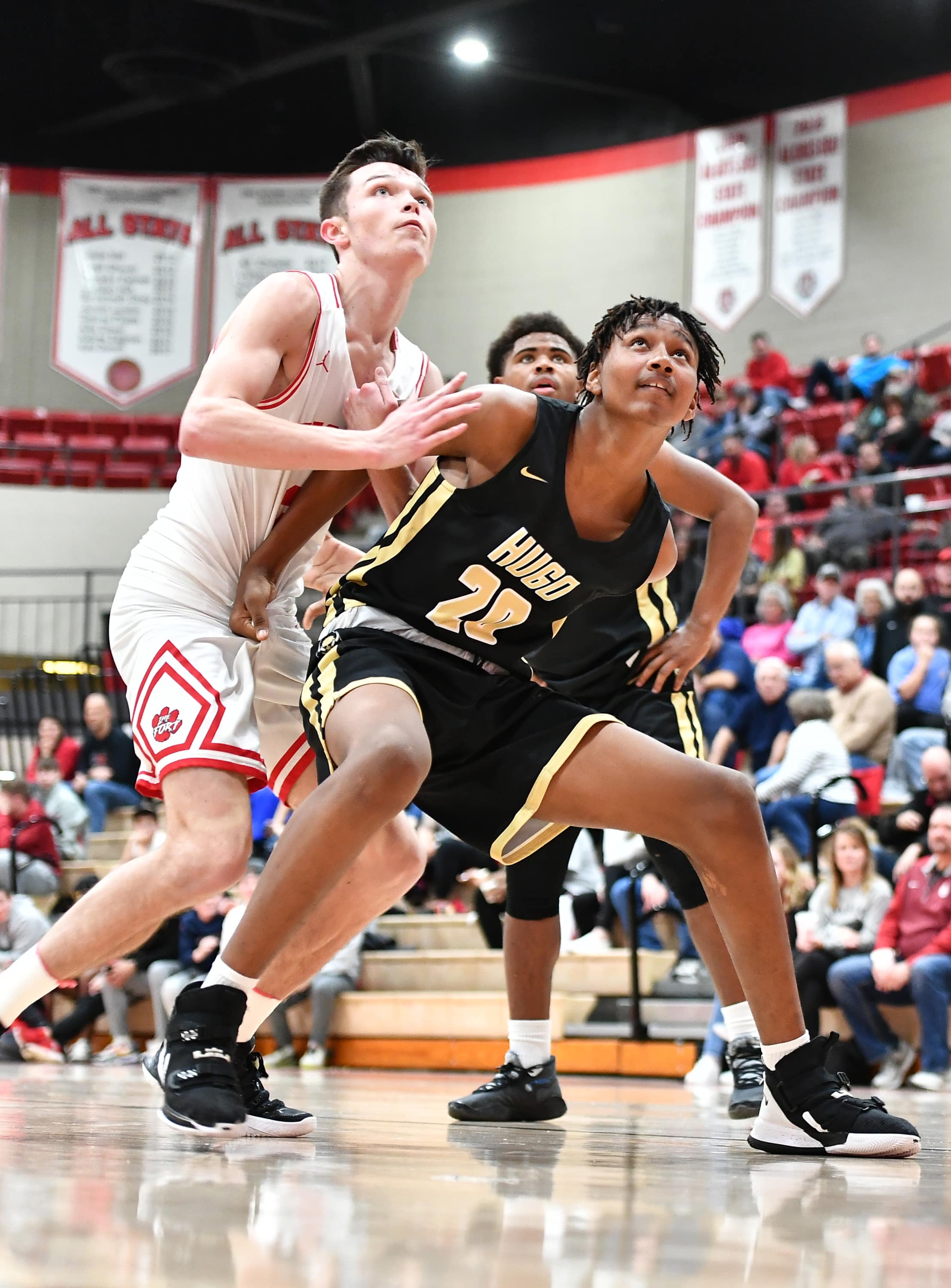 The first period started slowly with both teams having trouble finding the hoop until Conner Calavan and Jaxon Blunt found the net five times from beyond the bonus arch. Calavan hit for three treys and Blunt for two in the later parts of the first to give the Tigers a 19-14 advantage after one period.

In the second, it was Calavan again hitting for 9 more points including another trey, helping Fort Gibson pull away for a 10-point lead at the half.

The Tigers turned to defense in the second half but stayed up with Higo on the scoreboard with the help of Nathan Franklin who hit four time from the floor, scoring all his game total 8-points in the period.

Calavan was top point getter for Fort Gibson with 22 points, followed by Blunt with 13 and Franklin and Tommy French each with 8 points. Natavion Benson and William King each had 12 for Hugo, followed by Kamin Jackson with 8 and Donte’ Shanklin with 6.

The 11th ranked Class 3A Buffalos, who have yet to be beaten in their classification, will step up yet another division to face 5A McAlester (2-18) Tuesday night while the Tigers travel to Wagoner (16-4) to take on the number 15 ranked Bulldogs in a 4A divisional contest.