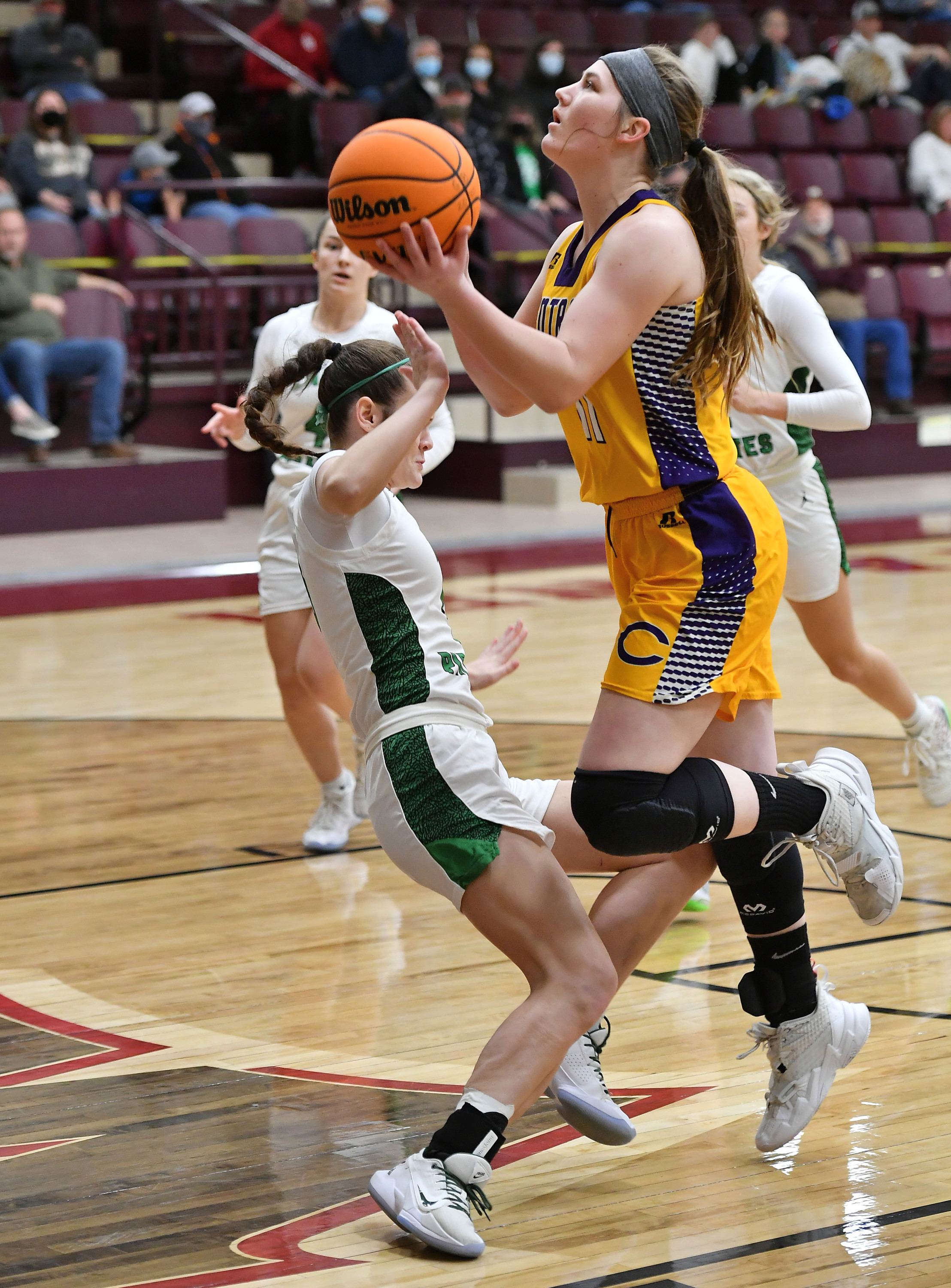 View Photos
Sign-Up CSSN Subscription
WARNER – The Lady Pirates were eliminated from the consolation bracket of the 2021 OSSAA Regional tournament Friday by the Lady Tigers of Central Sallisaw 58-45.

A slow start by both squads saw the score at 12-9 in favor of Central after the first eight minutes. Trailing by three after one period Gore’s downfall was in the second session. Jacklyn Marino and Courtney Lee combined for 13 of the Tigers 18 second period points to giving Central Sallisaw a 10-point advantage at the half.

The Lady Pirates stayed within 2 points of Central in each of the final two periods but the 10-point first half hole was just too much to overcome.

Karlie Springer was high scorer for Gore with 14 points, followed by Ralea Brooksher with 11 and Addison Sheffield with 9.

The Tigers were led by Lee with 18, Riley Cheek with 12, Marino with 9 and Cove Darden just under double figures with 9.

Central will return to action Saturday vs. Oktaha for a ticket to the Area tournament which will be held in Seminole next week.